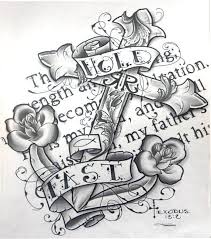 A major storm had engulfed the ship and those aboard, including the Apostle Paul, who was being shipped to Rome for trial. The storm was brutal and threatening the lives of all aboard and even the ship itself. The winds and tide were pushing the ship toward the coastline rocks, which, if they hit, would spell out complete destruction. The crew was sounding to obtain depth. As they realized the waters beneath them were becoming shallower, their only answer was to cast out anchors in an attempt to hold the ship fast. Acts 27:29 tell us, “Then fearing lest we should have fallen upon rocks, they cast four anchors out of the stern, and wished for the day:’

We find our world being engulfed in the mother of all evil storms. Wickedness, hate, unrighteousness of all kinds is ravaging us daily. We are facing a virtual tsunami of hell’s fury as we brace for these last days. Things are falling in place for the evil one to appear with all the answers. Terror reigns. Fear is around every corner. We ask, “What can happen next?” or “Can it possibly get any worse?” Sin is certainly abounding. Satan is cleverly using our smart technologies to weave his worldwide web around unsuspecting people. They are in his sticky web and not even aware of it.

God’s people, however, are accustomed to spiritual storms, which are part of living for God. We were told they would come, but we know we can survive them through God’s power! As the last days approach the storms are getting bigger, meaner, and more seducing. Too many are jumping overboard when they should be holding fast. Jumping overboard is certainly not the answer, yet how are we to make it through life’s storms? How can we be strong when the storms are raging and water is filling our boat?

Let’s do what those in our text did: “Fearing…they cast out four anchors:’

A little fear in our soul keeps our arrogance in check, and the fear of the Lord is the beginning of wisdom.

We’ve been through storms before and God has never forsaken us. We lived to tell the story, and we will endure to the end! God is in your boat. He’s the Master of the Wind. Just because others let go, doesn’t mean it’s the right thing to do. We must hang on and stand fast, and we’ll soon be glad we did!

ANCHOR #2—PRAY THROUGH THE NIGHT.

As a kid I threw the morning San Diego newspaper to about eighty customers—at 4:30 in the morning. One porch I well remember was covered in long, hanging vines, darkening the front door, and this man strictly wanted his paper at his front door. The darkness and silence of the night intimidated me terribly, until I learned a trick. With rubber bands I secured my transistor radio to my bicycle’s handle bars. I tuned into the 24-hour news station out of Los Angeles and turned up the volume loud. His voice made all the difference to me at that house. He talked me through my fears! I felt I had someone with me.

Pray, worship, and praise as loud as you dare. Someone is with you! Pray without ceasing. Pray your fears out. Pray in faith and trust, for you are not alone!

ANCHOR #3—BE FAITHFUL IN THE NIGHT TO WHAT YOU LEARNED IN THE DAY.

When a pilot loses control of his aircraft and it is spiraling earthward, he is to rely on his training. Training has saved many lives caught in sudden and emergency situations. Impulses and emotions often say things that are not the right way to go. Fear has a very loud voice! Just because we see others are jumping overboard doesn’t mean it is the right thing to do. Usually it proves to be a bad decision. It is during these weak moments we need to remember those principles laid down within us from God’s Word. Don’t overreact. Settle yourself with prayer. Let the peace which passes understanding cover you. Your training is within, so let it give you direction.

ANCHOR #4—STAY PUT! GOD IS WORKING IT ALL FOR YOUR GOOD.

Stresses, trials, pressures, and storms are times people tend to lose their heads. Many are in the will of God until the storm hits, and then they determine because of this terrible thing that hit them that they must be out of His will, so they run to rent a U-Haul. If God called you to where you are, or to what you’re doing, then, by the same token, it must be God who calls you away, and not a storm. You must not leave at the first gathering of clouds. He will provide the cleft of the rock for every storm. He will lead you to a rock that is higher than yourself. Rain is a part of life. Storms will turn to blessings if you stay put. Stand still and see the salvation of the Lord. God has a plan for your life, so don’t make Him chase you down to work His will in you.

Oh happy day when the disciples finally found Jesus after a terrible, life-threatening storm. Scripture records in John 6:25, “And when they had found him on the other side of the sea…:’ Remember that storms only come to pass. Your sea will be calm again soon. I pray that God gives you strength to throw out your anchors.