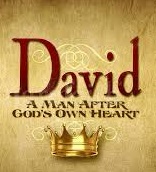 King David was born to his father, Jesse, in his old age.

The New English Translation reads, “Jesse was old and well advanced in years?’ Jesse’s silence for most of David’s life leads us to surmise Jesse died when David was still a young man. So David was fatherless through the struggles and victories of his life. Jesse never saw David crowned King of Israel, or witnessed him recapturing Jerusalem, or having brought back the ark. Sadly, I believe there is at least one event that was the direct result of David not having a father in his life:

And it came to pass, after the year was expired, at the time when kings go forth [to battle], that David sent Joab, and his servants with him, and all Israel; and they destroyed the children of Ammon, and besieged Rabbah. But David tarried still at Jerusalem. And it came to pass in an eveningtide, that David arosefrom off his bed, and walked upon the roof of the king’s house: and from the roof he saw a woman washing herself; and the woman [was] very beautiful to look upon. And David sent and enquired after the woman. And [one] said, [Is] not this Bathsheba, the daughter of Eliam, the wife of Uriah the Hittite? And David sent messengers, and took her; and she came in unto him, and he lay with her…” (2 Samuel 11:1-4a).

This event would forever stain the reputation of King David.

Why would David not want to take another city for Israel? Why would he not go to battle with his fellow soldiers? Why would a man who displayed such godly character in the past—refusing to touch God’s anointed—now order the death of a man? Why would he do such a thing when he had many wives to suffice his flesh? Why?

I believe in all David accomplished, the meaning was diminished by the absence of his father. There was no father’s voice saying, “I’m proud of you, son?’ No father’s smile when anointed king. All of this left David, quite possibly, with a void in his soul. Maybe he lived with insecurities and a lack of trust. I don’t believe it was David’s passion for a woman that led him to this act. Rather, could he have been seeking to fill the emptiness caused by the absence of his father? A father’s influence on his children is invaluable:

“What mean ye, that ye use this proverb concerning the land of Israel, saying, The fathers have eaten sour grapes, and the children’s teeth are set on edge” (Ezekiel18:2)?

And, ye fathers, provoke not your children to wrath: but bring them up in the nurture and admonition of the Lord” (Ephesians 6:4).

`Fathers, provoke not your children [to anger] , lest they be discouraged” (Colossians 3:21).

The apostle Paul uses the word “provoke” in both verses. Instead of speaking in such a way as to provoke children anger, stunting spiritual growth or even discouraging them; use words of praise and affirmation that will build them up. May they find their security and identity from the words of their father.

This important concept is perhaps best illustrated when God came to this earth in the form of the man Christ Jesus. Before Jesus performed any miracles, or taught any sermons, he submitted, as a man, to baptism. God, His father, would say to Him, “This is my beloved son in whom I am well pleased!” Even Jesus needed words of affirmation.

We read of two men in the Old Testament named by their mothers, but only one was renamed by his father:

`And she named the child Ichabod, saying, The glory is departed from Israel: because the ark of God was taken, and because of her father in law and her husband” (1 Samuel 4:21).

And it came to pass, as her soul was in departing, (for she died) that she called his name Benoni: but his father called him Benjamin” (Genesis 35:18).

“Ichabod,” the first child named, means “the glory of the Lord has departed,” in reference to the Ark of God being taken. Scripture indicates that he lived down to his name.

“Benoni,” the second child named, means “son of my sorrow?’ His mother was dying as he was born, but his father, Jacob, spoke with prophetic affirmation and renamed him “Benjamin,” which means “son of my right hand?’

One name represented a tragedy in Israel’s history, while the other represented future peace. As fathers, may we seek daily to speak words of peace and affirmation into the lives of our children. May we use our God-given calling to positively influence the outcome of the next generation.