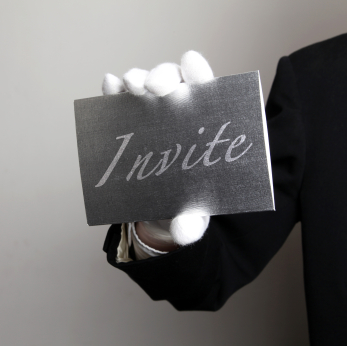 Several years ago, more than one study showed large percentages of unchurched would consider attending a church if someone simply invited them. The problem is not the attitude of the unchurched; rather, it is often the failure of church members to invite others.

When my church consulting teams have asked church members about their reticence to invite others to church, here are ten responses we have often heard (listed in no particular order):

“I just don’t think about it.” Many church members have contact with the unchurched every week, if not every day. They go to school with them, work with them, live beside them—and sometimes live with them. What church folks don’t do, though, is see the unchurched as “sheep without a shepherd” (Matt. 9:36), as spiritual beings in need of redemption and a church family.

“I’m afraid I’ll be rejected.” Nobody likes to be turned down, especially after taking the risk to invite somebody to church. It’s just easier to avoid that possibility by not inviting anyone at all (interestingly, church members could tell us times when others said “no,” but few could tell us of times when they were rudely or unkindly rejected).

“The music isn’t that good.” Some may argue the worship wars are over, but the battles seem to be ongoing. Our teams continue to hear refrains like, “it’s too loud,” “it’s too boring,” “we sing it over and over again” and “nobody knows the songs.” Church members who themselves don’t enjoy the music don’t readily invite others to join them.

“The preaching isn’t strong.” This response was seemingly the most painful one to admit. Church members who love their pastors do not want to hurt them, but they spoke honestly to our consulting teams. When the preaching is poor, invitations to the unchurched decrease.

“We’ve got too many church problems right now.” Church members don’t always know all the issues facing a congregation, but they frequently recognize when something “just isn’t right.” They see the attendance decreasing, or they hear of internal conflict. Simply stated, they do not invite their friends onto a battleground.

“Our church is already too crowded.” This issue is particularly an American one, as Americans protect our personal space. We don’t like being cramped, even in church. Moreover, we don’t want to have to search for a parking space before entering that already crowded building. One way to avoid more crowding is to stop inviting anyone.

“Nobody ever challenged me to invite anyone.” This reason is related to the first one on this list. Some church members never think about inviting others because no one has challenged them to do so. This response is especially tragic if many unchurched would respond affirmatively to an invitation.

“I don’t know how to start the conversation.” Simply inviting somebody to church would seem easy, but that’s not the case for many church members. In a culture where discussing religion or politics is almost forbidden, even long-term Christians struggle with initiating an invitation to church.

“It’s the Spirit’s job—not mine—to bring people to church.” To be fair, we have heard this response primarily from congregations seeking to avoid any “man-centered” approach to evangelism. In their zeal to keep their focus on God, they walk cautiously when considering their role in evangelism—including simply inviting others to church.

“It’s too far for people to come.” We live in a mobile culture that promotes church attendance sometimes quite far from where we live. Our teams have learned, however, that church members who drive a long distance are less willing to invite others to drive that same distance.

What reasons would you add to this list? What steps have you taken to address these responses?

Chuck Lawless currently serves as Professor of Evangelism and Missions and Dean of Graduate Studies at Southeastern Seminary.

The above article, “10 Reasons Why Church Members Don’t Invite Others to Worship” is written by Chuck Lawless. The article was excerpted from: http://ministrytodaymag.com web site. July 2014.