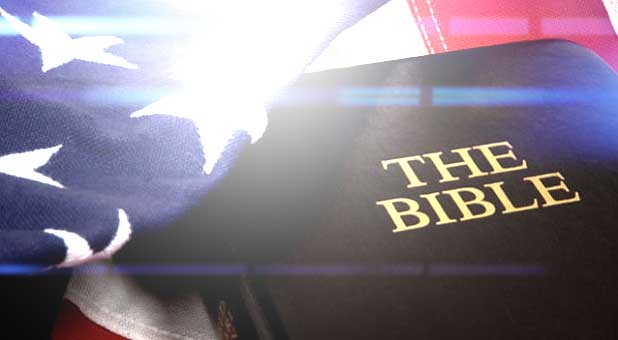 It has been evident to numerous Biblical scholars that often (if not most of the time) believers (including preachers) interpret the Bible through the lens of their culture. This has resulted in many beliefs, doctrines and practices prevalent in the church that are not in accord with the clear teaching of Scripture. Sadly this is the often the case with the evangelical church in the United States.

Since the United States is so influential, American evangelicals have exported a gospel replete with an American cultural paradigm that is not in line with the Hebraic paradigm of Scripture. Consequently, sometimes in the U.S. pulpit, preaching can come across more like the “American Dream” than sound, biblical teaching.

The following are some of the contrasts between American Christianity and biblical Christianity:

Most of the preaching in today’s pulpits in America focuses on individual destiny, purpose and vision. However, a quick look at the Bible shows us that in the Old Testament the emphasis was always on the nation of Israel, and in the New Testament the emphasis was always on the church. Every promise of God in Scripture was given to the community of faith as a whole. Hence if a person was not flowing in the context of the church, or the nation of Israel, they would have never even known Scripture since the average person did not own a Bible and only heard the Word when they assembled with the saints on the Sabbath. Of course, believers had to apply the Word of God as individuals, but they could not conceive of doing this if they were not part of the corporate body of faith. In the Old and New Testaments, there was no such thing as “individual prophecy” since every prophetic word given to an individual had to be walked out in the context of their faith community and/or had to do with the life of their community.

Much American preaching today focuses on “our rights in Christ” to be blessed. However, in Scripture the emphasis regarding finances has to do with being blessed by God in order to be a blessing by bringing God’s covenant to the Earth (Read Deut. 8:18; 2 Cor. 9:10-11). Jesus promised material blessing only in the context of seeking first His Kingdom (Matt. 6:33).

3. American Christianity focuses on self-fulfillment and happiness. The Bible focuses on glorifying God and serving humanity.

The Great Commandments are to love God and love our neighbor (Matt. 22:37-40). It seems to me that much of the focus from the American pulpit has to do with individual fulfillment and satisfaction.

4. American Christianity appeals to using faith to attain stability and comfort. The Bible encourages believers to risk life and limb to advance the Kingdom.

Much of the preaching in American churches regarding faith has to do with using faith so we can have a nice car, home, job, financial security and comfort. The biblical focus on faith is on risking our physical health and material goods to promote God’s Kingdom (read Phil. 2:25-30). Most of the original apostles of the church died as martyrs as did the Apostle Paul, and the hall of faith shown in Hebrews 11 equates faith with a life of risk and material loss for the sake of Christ. Much of the preaching on faith in contemporary churches would seem foreign to biblical prophets and apostles.

Jesus’ first sermon text in Nazareth was a quote from Isaiah 61 (read Luke 4:17-19). American preachers usually interpret these passages in an individual manner only. However, when you read Isaiah 61:1-4 you will clearly see that the gospel not only saved and healed individuals but also transformed whole cities! The biblical gospel deals with systemic sin not just individual sinners.

Americans have been trained to defend the faith utilizing scientific, archaeological and linguistic historical proofs to validate the resurrection of Christ and the historic accuracy of the Scriptures. This is because the Enlightenment trap that promotes human reason as the highest arbiter of truth has captivated the American church. However, when we read both testaments, we see the prophets, the apostles and Jesus never based the propagation of their faith on the latest scientific research or human reason but on the anointing, authority and reliability of God (1 Cor. 2:1-4; Heb. 2:1-3).

Of course, biblical faith is the most rationalistic, reasonable faith in the world since it comports with reality more than any other philosophy or religion. However, if the foundation of your faith is human reason, then the first person that has more knowledge than you in science could talk you out of being a Christ-follower. Truly, the fear of the Lord is the beginning of wisdom, not human reason (Prov. 9:10; 1 Cor. 1:17-23).

7. American believers have a consumerist mentality regarding a home church. The biblical emphasis is being equipped for the ministry.

Americans shop for a church today based on what meets their personal and family needs the best. It is almost like a supermarket mentality of one-stop shopping. While it is good if churches attempt to meet the practical needs of families and communities, the focus should be upon equipping the saints for the work of the ministry (Eph. 4:11-12). God may lead a family to a new church plant instead of a megachurch even if the megachurch has more programs to offer. Biblically, it is all about assignment and equipping. If a person is doing the will of God, they will be fed by God anyway (John 4:34).

8. American Christianity promotes a culture of entertainment. The Bible promotes the pursuit of God.

In the typical growing American church, there will be an incredible worship team, visual effects and great oratory. Consequently, we are often catering to the American obsession with entertainment and visceral experiences, which can promote a culture of entertainment instead of cultural engagement. Biblically speaking, some of the greatest examples we have of intimacy with God come from the Psalms in which the writers were in dire straits, with no worship team, and alone somewhere in the desert (Psalm 42 and 63).

Biblically speaking, we should not depend on a great worship experience to experience Yahweh, but we should have intimate fellowship with Him moment by moment, way before we even get through the church doors!

9. American Christianity depends upon services within a building. The biblical model promotes a lifestyle of worship, community and Christ following.

Most of the miracles in the book of Acts and the gospels took place outside a building in the context of people’s homes and in the marketplace. In Acts 2 and 4, the churches met house-to-house, not just in the temple. The man at the gate was healed before he went into the temple (Acts 3), which caused an even greater revival to take place.

10. American Christianity is about efficiency. The biblical model is about effectiveness.

Often, the American church is modeled more after the secular corporate model rather than the biblical model. The church is not an organization but an organism that should be organized! In many churches, every aspect of the service is timed to the minute, and there is no allowance for the Holy Spirit to move. What good is an efficient service if people leave congregational assemblies with the same brokenness they had before they came in?

11. In American Christianity the pastor is elected. In the biblical model God calls the pastor.

Many American churches are run more like a democracy than a theocracy that is under God and Scripture. Hence, many denominations vote on their pastors and elders. However, there is not one instance in the Bible where God allowed the people to choose the leader of His people.

The example some use to justify congregational votes for pastors is in Acts 6. However, this passage has to do with the people electing deacons, not apostles or church overseers. However, in 1 Tim. 3 and Titus 1, years later, after the church was more developed, Paul instructs his apostolic sons (Timothy and Titus) to choose the deacons and elders themselves (no congregational vote here).

In the New Testament, when they were grappling with Scripture, they called a council and had dialogue to discern what the Spirit was saying (Acts 15). Paul went to the Jerusalem elders (Peter, James and John) to make sure what he was preaching was of God (Galatians 1 and 2).

Often, American preachers get unique interpretations of a passage and come up with a different angle on Scripture based on their own subjective paradigm and/or spiritual experience. Most of the time this turns out OK, but sometimes (as in the case of some like Bishop Carlton Pearson, who preaches a form of universalism and ultimate reconciliation of all) this can have heretical effects.

Biblically, leaders were not sent outside of the context of a local church to be trained for the ministry. They were nurtured personally in the context of congregational life by church leaders acting as mentors (as the Apostle Paul did with Timothy; as Aquila and Priscilla did with Apollos in Acts 19; and as Barnabas did with John Mark in Acts 15).

Unfortunately, the American church attempts to nurture its top leaders by sending them outside of the local church to a theological seminary, which can only equip/grade them on an intellectual level.

The above article, “13 Contrasts Between American and Biblical Christianity” is written by Joseph Mattera. The article was excerpted from: www.chrismanews.com web site. August 2014