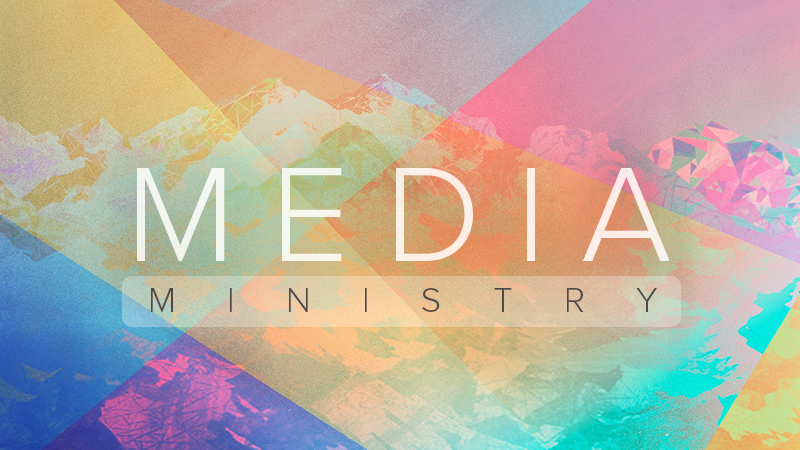 Whenever I visit local churches, most of the time I’m faced with a frustrated local media producer who’s at his or her wits end. They’re usually good producers, often with extensive experience, plus a real calling to use media to take the gospel to the culture.

But in nearly every case, he or she is either burned out, upset or ready to quit. Ninety percent of the time, I get the same response: “The pastor just doesn’t have a vision for media—especially video production.” It also comes in numerous other laments, such as, “Every time I try something new, the pastor hates it.” Or the tried and true: “The pastor just doesn’t get it—he doesn’t even watch church promotional videos himself, so he doesn’t understand how to use it as a tool to reach the community.” And last but certainly not least: “I’ve never had the budget I really needed.”

In the words of a former president: “I feel your pain.” I’ve worked with enough pastors, evangelists and ministry leaders over the last three decades to know the frustrations and challenges that exist in this sensitive area. So over those years, I’ve discovered five critical steps to help you get in sync with the pastor, and hopefully give him a better vision for the possibilities of using media and other media to impact this generation:

Remember how much you hate crew members who constantly nag and whine? That’s the way the pastor feels at every meeting with you.

When the pastor and administrator see how you handle a limited budget, they’ll be much friendlier when the next round of funding comes through, so ease up and make the most with what you’ve got. And if you find out you just can’t do that, then I suggest for your mental health you get another job—why be miserable for the rest of your life?

One positive way around a perpetually low budget is to get out there and raise money yourself. Independent producers do it every day, and it works just as well for a motivated church or ministry producer. There are numerous Christian media producers around the country who have gone to local merchants, businessmen and foundations to raise money for studios, equipment and other funding. Do you have any idea the high esteem your pastor would give you if you suddenly brought in enough money to expand your media ministry?

Think about that for a change.

But to be a successful idea source, you have to understand one important principle: Make sure your ideas are possible.

Keep in mind one last important principle—changing others’ perceptions will take time. You’ve spent years with the pastor and staff perceiving you in your current light, so it will take time to change.

But there’s no better time than right now.

Phil Cooke is the founder and CEO of Cooke Pictures in Burbank, California (cookepictures.com) where he helps church, ministry, and nonprofit organizations engage the culture more effectively. He’s a filmmaker, media consultant, and author of “Unique: Telling Your Story in the Age of Brands and Social Media.”

The above article, “5 Ways for Pastors to Capture a Vision for Media” was written by Phil Cooke. The article was excerpted from www.philcooke.com web site.  August 2016.

School: Public and Private – Protection For Your Church Against Child Abuse Charges (30-10)