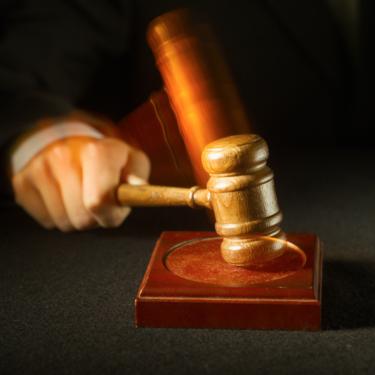 “Judge not, that you be not judged” (Matt. 7:1). This verse is often quoted when individuals connected with Christianity are confronted, experience criticism, or are the target of gossip. However, this verse can become an unhealthy defense mechanism, misappropriated and stretched in order to absolve someone from accepting responsibility for their words and deeds.

Judgment is the ability to discern and come to a sensible conclusion, recognizing what should be done. The contexts in which judgment is exercised is diverse. There are the weighty judgments that take place within the legal system – technical legal decisions that affect the liberties of those involved. Then, there are the daily judgments made by individuals regarding which foods are the best to eat. and whether or not there is enoua time to turn left at an intersection before oncoming traffic. These are the “judgment calls” that we make, or the decisions that have been made against our “better judgment.”

Jesus informed His audience that they would be judged by the same measure, or the same standard. that they used to judge others (Mat 7:2-3). Followers were instructed not to use a heavier weight when buying, and a lighter weight when selling. ensuring that they benefited in each transaction. The same weight was to he used regardless of who was involved in the transaction. Jesus illustrated this principle by referring to a disciple who discerns (judges) his brother to have a speck in his eye. yet has not addressed the plank that is in his own eve (Matt. 7:3-5). It is not wrong to discern a speck in a brother’s eye, neither is it wrong to desire to assist in removing the speck. However. an individual with a plank in his eye is in no condition to remove a speck. for the likelihood of additional damage is great.

Later in Matthew 7, Jesus reinforces that discernment and Judgment are necessary and encouraged. 1 ie «ho gives what is holy to dog. or casts her pearls before swine. is considered to he an individual who does not have good judgment. unable to determine proper s aloe. Likewise. Jesus further warns His disciples to beware of false prophets in sheep’s clothing, calling for followers to he able to discern between good fruit and bad fruit (Matt. 7:15-19). He concludes the thought by stating, “Therefore by their fruits you will know them” (Matt. 7:20).

There is danger in developing a critical spirit, as in assuming the throne that is reserved for the judgment of mankind by the true and just Judge, Jesus Christ. However, the church must not become passive in this clay, refusing! to judge between good and had, right and wrong. moral and immoral. Remember, one of the gifts of the Spirit is discernment the ability to judge well. What is vital is that we choose an accurate standard to judge with, which the Word of God is, and that we apply this standard to our lives before we apply it to another.