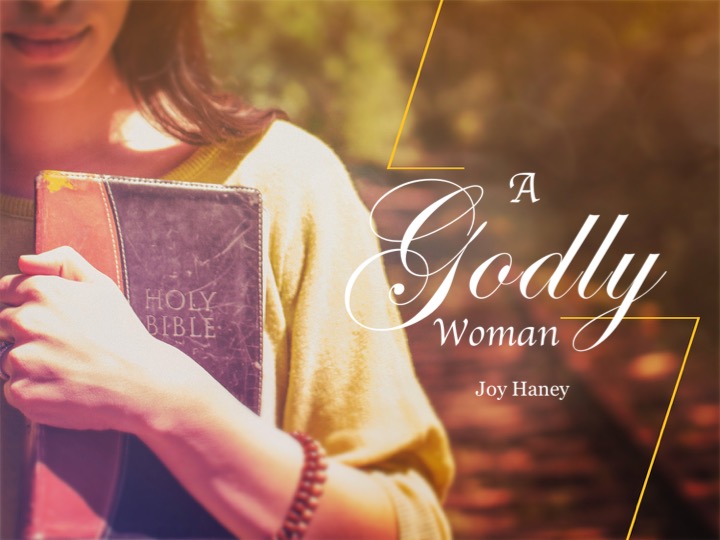 It is evident the Shunammite was godly because her life revolved around the things of God. She chose this lifestyle. She was a devout Jewish woman who believed in Jehovah God and practiced her faith for when she had told her husband that she must go to the prophet, he said to her, “It is neither new moon, nor sabbath.” This indicates that on those feasts of the Lord she would go to the assembly in which her husband presided, with others, to hear the word, and to join with him in prayers and praises.

Her ability to perceive that Elisha was a holy man of God also shows that she was a holy woman in tune with God, as well as the fact that she gave first place to holy things.

The type of woman she was is shown by three glaring facts:

Godly women love, respect, and revere the things of God. The Shunammite woman loved and honored the man of God and demonstrated it in her kindness to him. She gave first place to spiritual things. She was moved by the things that affected people for eternity. Elisha stood in God’s stead for that particular region and ministered to the people of that era. It was an eternal work. The Shunammite woman shared in a part of that reward.

Godly women desire to share in things that are eternal. One of those eternal things is prayer. Prayers never die. They are forever stored in heaven, and God remembers them.

A godly woman is a prayerful person. She understands that prayer is a privilege and takes advantage of it.

She understands that power in prayer is very simple but is the greatest power in the world and is greater power than wealth or oratory. Alexis Carrel, the renowned philosopher, once said this about prayer: “If you make a habit of sincere prayer, your life will be very noticeably and profoundly altered. Prayer stamps with its indelible mark our actions and demeanor. A tranquility of bearing, a facial and bodily repose, are observed in those whose inner lives are thus enriched.

“Prayer is a force as real as terrestrial gravity. As a physician, I have seen men, after all other therapy has failed, lifted out of disease and melancholy by the serene effort of prayer. It is the only power in the world that seems to overcome the so-called ‘laws of nature’; the occasions on which prayer has dramatically done this have been termed ‘miracles.’ But a constant, quieter miracle takes place hourly in the hearts of men and women who have discovered that prayer supplies them with a steady flow of sustaining power in their daily lives.”

“Someone once asked Emily Post, ‘What is the correct procedure when one is invited to the White House and has a previous engagement?’ She answered, ‘An invitation to lunch or dine at the White House is a command, and automatically cancels any other engagement.’ The Christian should have a daily engagement — with priority claim over everything — to meet the Lord in the secret place.”

This daily practice of meeting the Lord is called prayer. It is imperative to take time to shut out everything but the Lord Himself. Jesus promised that when we take time to pray to Him in faith, He would grant our requests as stated in Matthew 21:22: And all things, whatsoever ye shall ask in prayer, believing, ye shall receive.”

It is not always an instant answer, and in most cases it is not, but He promises that we should receive what we ask of Him in prayer. Not only do we receive our petitions, but we also receive more. Our lives are enriched by His presence. We are made more like Him because we are touching Him. In modern language, “He rubs off on us.” We become like that which we repeatedly come in contact with. So prayer is not just for us to talk to God, but it is that we should become like Him.

As the perfume of His Spirit and holiness begins to permeate the soul of the woman who chooses to spend time in His presence, she without realizing it leaves a perfume behind her everywhere she goes as demon strated in the following story:

“A press correspondent entered a small restaurant in a European village. Later a group of workmen entered for their noonday meal. Immediately a delicate odor of perfume permeated the room. After the men left, the correspondent asked the proprietor, ‘Who were those men?’ They are workmen from a perfume factory nearby. They bring the perfume with them!’ was the reply. Shouldn’t God’s children, too, manifest the savor of Christ in every place (II Corinthians 2:14)?”

A godly woman strives to live a holy life. First Peter 3:4-5 speaks of holy women of old: “But let it be the hidden man of the heart, in that which is not corruptible, even the ornament of a meek and quiet spirit, which is in the sight of God of great price. For after this manner in the old time the holy women also, who trusted in God, adorned themselves.”

What does the Bible say about the world? First John 2:15 gives a commandment: “Love not the world, neither the things that are in the world. If any man love the world, the love of the Father is not in him.”

The following definition explains what the world means:

The world is a spirit, and is expressed in things. It defies exact definition because it is a spirit. The closest working definition I have found is that of John Wesley: “Whatever cools my affection toward Christ is the world.” – DR. V. RAYMOND EDMAN

Jesus said in Luke 17:21, “. . . behold, the kingdom of God is within you.” The soul is an empire where God wants to set up His kingdom. He wants to be the ruler of the heart and He will not share His kingdom with another ruler. There must be a choosing, who sits on the throne of the heart. To be holy means that Jesus rules in the heart and life.

There is no need to announce to the world the one who lives in your heart, for soon all will know who lives there. The important thing is to experience the secret life of prayer, the open life of purity, and an active life of service. This is what shining for Jesus really means.

It is a great deal better to live a holy life than to talk about it. Lighthouses do not ring bells and fire cannons to call attention to their shining. They just shine! – D. L. MOODY

The above article, “A Godly Woman” was written by Joy Haney. The article was excerpted from chapter three in Haney’s book The Great Woman.