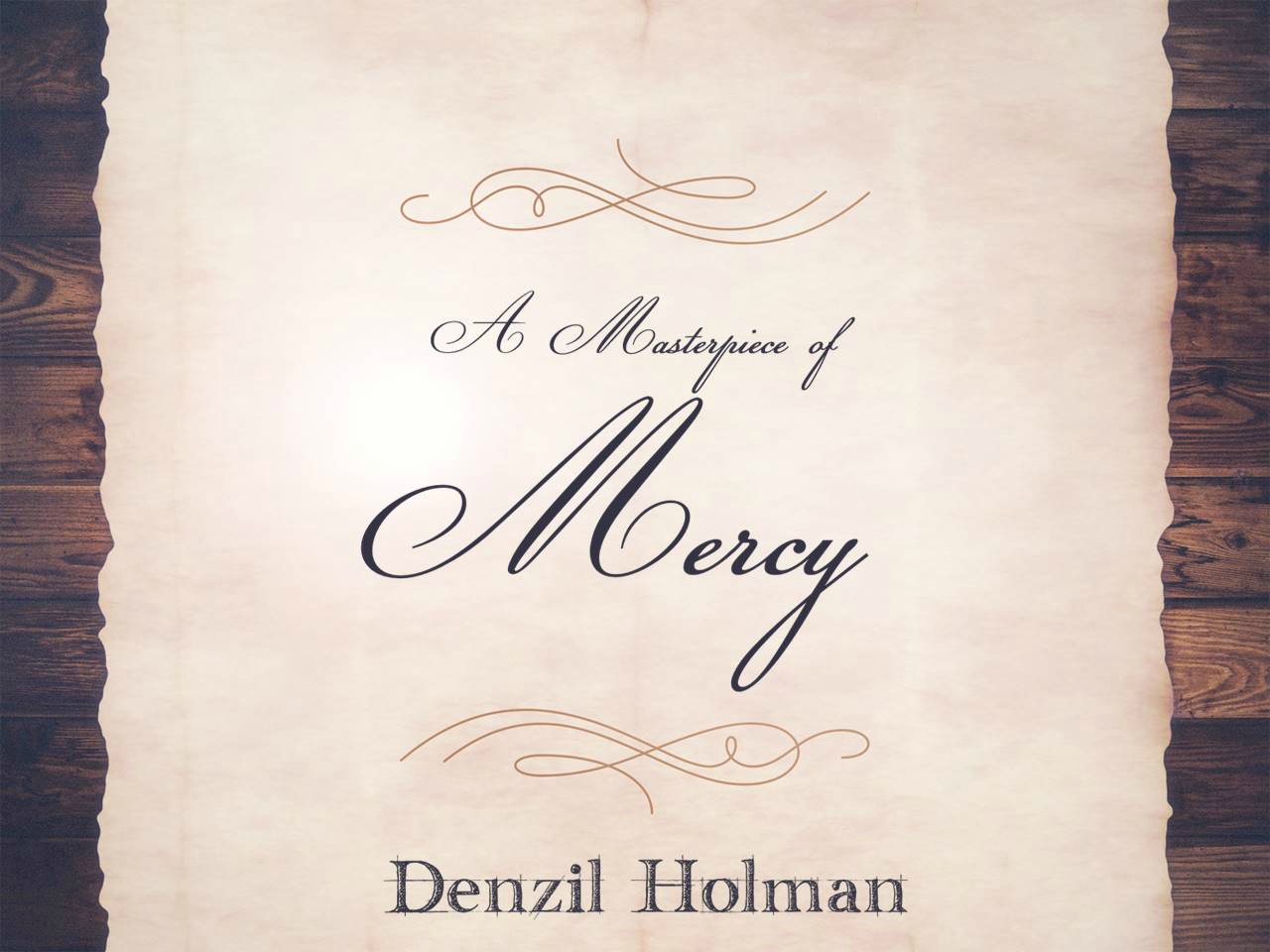 The simple definition of mercy is: kindness, forbearance, and compassion. “Mercy” is mentioned in the Scriptures 276 times, and “mercies” 44 times. The apostle Paul, who realized that he was a recipient of God’s mercies, mentioned mercy 31 times and mercies 4 times in his writings. David, who also leaned heavily upon the mercies of God because of his own failures, wrote about mercy and mercies 117 times.

Mercy and truth are met together; righteousness and peace have kissed each other (Psalm 85:1 0).

The scene on top of Golgotha was a mixture of many emotions that eventful day. Three crosses stretched skyward as Jesus Christ and the two thieves suffered during the last hours before their deaths. One of the thieves railed angrily and spewed words at his fate that justice had finally brought to its conclusion. The other thief, realizing eternity was going to envelop him in its embrace that day, asked the Lord to remember him. He didn’t want to leave this world unprepared, and his cross was his altar as he sought for mercy from the Savior.

The Roman soldiers had completed the grisly task of driving huge nails into the hands and feet of the three, and the crosses had been planted in the soil of the barren hill that resembled a skull. The men’s assignment included staying as guards to oversee the next few hours as they were forced to listen to the sighs and cries of dying men. Their cold hearts that had been conditioned from previous assignments made them calloused to the moaning and pain of the final throes of the men on the crosses. They occupied themselves with gambling over the robe of Jesus as they cast lots for it. Mockers and scoffers stood nearby and cast taunts and verbal sarcasm at Jesus for not coming down from the cross. They saw the sign that was attached to the cross above His head concerning the King of the Jews, and it gave them new ammunition for making light of Him. Mary, the mother of Jesus; her sister Mary; and Mary Magdalene stood by the cross along with John, one of the disciples. In a tender moment, Jesus spoke to His mother and to John. He placed Mary into the care of John, and the disciple took her to his own home from that day.

He was thirsty from the extreme dehydration and said, “I thirst.”

Now there was set a vessel lull of vinegar: and they filled a spunge with vinegar, and put it upon hyssop, and put it to his mouth (John 19:29).

The Artist was placing the finishing touches on a masterpiece of mercy that was about to reach a climactic moment in the history of man. During the Old Testament, many prophets and writers of Scripture had penned on the canvas of time words of prophecy concerning the Messiah. Their words had added hues of color even though the painting was not easily discernible with the various brush strokes that were added to the developing masterpiece. As the Spirit of God moved upon them, holy men of God wrote, and the closer the fullness of time came, the clearer the picture became. liven when Jesus was born, the general populace didn’t realize what had taken place in a stable in Bethlehem. He slipped in the back door of the world that He had created. Now, at last, the redemption story was near completion. The price to ransom and redeem fallen man was the precious blood of the Lamb of God, and He had freely given His life. The crimson stream of blood from the cross still flows to save fallen humanity.