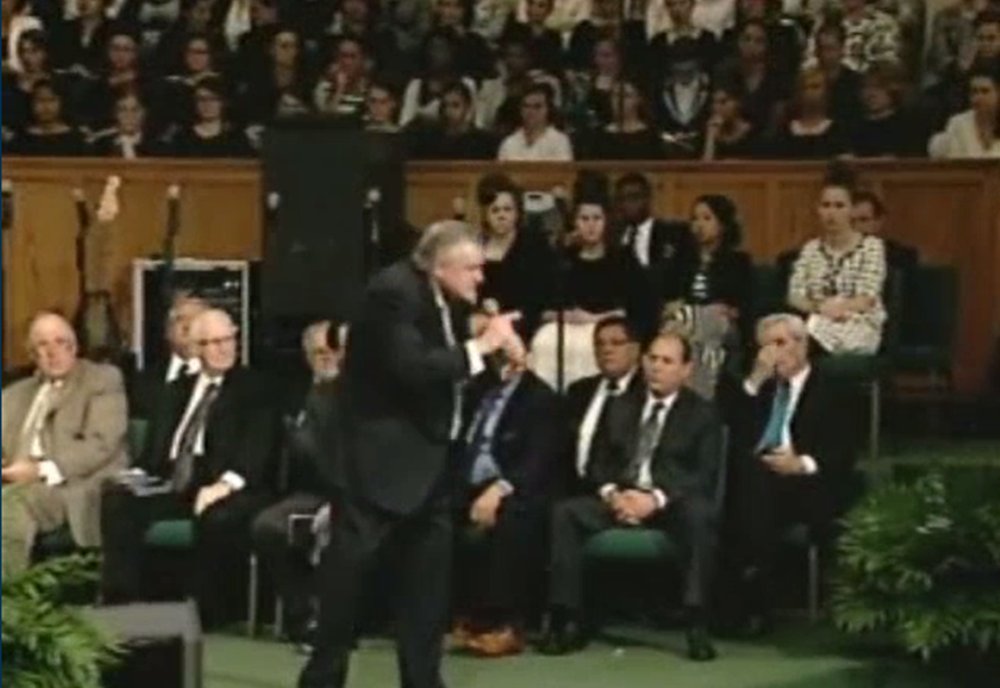 Editor’s note: Bro. J.T. Pugh, a Pentecostal pioneer who has served the United Pentecostal Church in several capacities-, recently sat down with AIS and discussed the needs of the church in the 1990s. Following are excerpts of this discussion.

On Difficulties in the Ministry:

To me, the most challenging part of the ministry would be the personal differences that sometimes arise in the body of Christ. Personal confrontations have always been difficult as far as I’m concerned. Yet sometimes, as a minister, you have to mediate conflicts such as that. I would say that any person who is attempting to lead must not become part of this problem. Rather, if a minister is going to mediate a problem, he must remain as neutral as possible until the time comes that he must render a decision.

On How The Apostolic Movement Has Changed:

I think that we’ve improved. There is an aggrandizement of old time Pentecost by people who didn’t actually experience it. I experienced it. I came into Pentecost in 1937. I’ve had the baptism of the Holy Ghost 57 or 58 years, and I know how it was.

Our theology wasn’t as well in place then as it is now. Consequently, there was confusion in some areas. So we brought some problems that we had in those times upon ourselves. We were in the process of interpreting the move of God and also interpreting some of the Scripture. We have learned a lot in the intervening years. I say that we are much further along. However, there are areas in which we lack. I would like to see more of the power of God demonstrated than what we see now.

On Hindrances to the Power of God in Our Midst:

I think selfishness may be one of the big hindering factors. Jesus said,

“If any man will come after me, let him deny himself, and take up his cross and follow me.” What He’s referring to right there is selfless crucifixion. That is, putting God and His work absolutely first. I think we’re becoming quite materialistic.

On Keys to Revival:

The unity of the Spirit is a key factor, of course, for having revival. But another thing that is necessary is a flow of the Spirit that is real. That is, it’s not generated by a church program or a desire for numbers or from an organizational program, but from the true flow of the Spirit of God.

Now, it’s true that God is not in the entertaining business. He doesn’t do miracles simply for miracles’ sake. But still, when we extend ourselves to go beyond ourselves, and we walk by faith on the edge, and when definite needs are there, we can expect miracles. And miracles do come! Power encounters do enter our lives.

One of the things that is really hindering us today is our affluence. We think that we don’t need anything. We’re like the Laodiceans in many ways: rich and increased with goods and having need of nothing. As a result, that means we also don’t see a need for miracles. But everybody needs definite power encounters.

This “power encounter” I mentioned is the thing that made the Apostles’ lives so powerful. So we need more of that in our Bible colleges today. The schools are right in teaching the Apostolic path, but the individual students are going to have to extend themselves in areas that will actually need miracles.

We have such a suffering in our cities, but those needs there are not being confronted and penetrated like they should. Right there, our Bible schools could make a valuable contribution in training our young people. They should be on the streets, into those places. They should conduct mission work. Some do that. They have their own mission program and missions services, and they confront the needs of people. But not all of the schools do that.

On Needs of the Apostolic Ministry:

We must understand the need of relating to the people that we are serving. I think that we already accept the importance of a relationship with Jesus Christ. We accept that as a fact and without any reservation. But we need to also have a relationship with those around us. David served his generation. Likewise, we must attempt to relate to people about us, to understand them, and to love them as they are.

This is one way of becoming like Jesus Christ. He was tremendously different from the Pharisees, inasmuch as He moved among the people. The Pharisees didn’t. It was said that the poor people heard Jesus gladly. People would invite Jesus Christ to their parties! I don’t want to be misunderstood as saying that we should go to the parties of the world. I’m simply making the point that the type of life Jesus lived allowed Him to relate to people. The children, the poor people, and even sinners, all felt comfortable around Him. To be frank, I don’t know whether sinners feel comfortable with us. Certainly we should not live like sinners, look like sinners, or amuse ourselves the way they amuse themselves, but there should be an attitude about us that would put us closer to them.