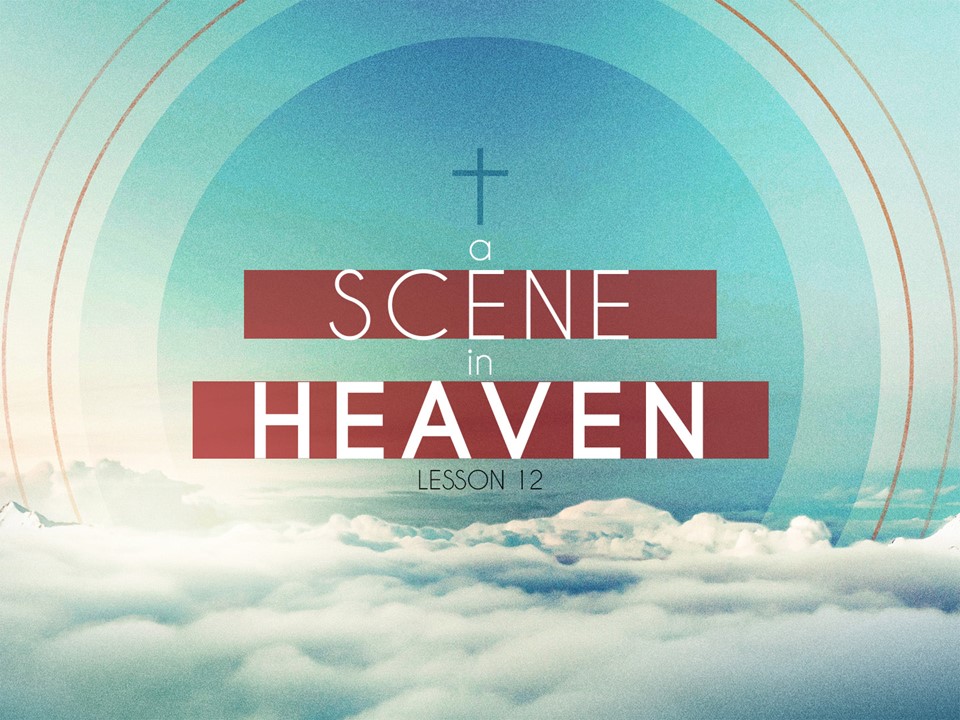 A. THE CHURCH RAPTURED: (Revelation 4:1).
1. AFTER THIS: The words “After this” follow the 2nd and 3rd chapters, which deal with the church. Therefore, “After this” refers to what follows the church age. Some people are already speaking about the present time as being the “post church” age. The church is still here but we shall soon enter into the “post church” age. Although the church is mentioned at least sixteen times in the first three chapters of Revelation, it is significant that in no other place in Revelation can we find the church resident upon the earth.

The rapture of the church is clearly taught in the Bible. “For the Lord himself shall descend from heaven with a shout, with the voice of the archangel, and with the trump of God: and the dead in Christ shall rise first: Then we which are alive and remain shall be caught up together with them in the clouds, to meet the Lord in the air: and so shall we ever be with the Lord” (II Thessalonians 4:16-17).

The command “Come up hither” certainly suggests that the rapture takes place at this point. There are two promises given to the church that she will not have to go through the Great Tribulation: 1) “Watch ye therefore, and pray always, that ye may be accounted worthy toescape all these things that shall come to pass, and to stand before the Son of man” (Luke 21:36); and 2) “Because thou hast kept the word of my patience, I also will keep thee from the hour of temptation, which shall come upon all the world, to try them that dwell upon the earth” (Revelation 3:10).

Looking for the Lord’s return is one of the necessary conditions of being ready. John is still upon the isle of Patmos but now is caught up in the spirit (Revelation 4:2). John is given a vision of what will take place in heaven when the church is raptured. It is no longer an earthly scene.

B. THE SCENE IN HEAVEN:
1. THE THRONE: The central place, which drew John’s attention, was the throne. There was only one throne and one sat upon the throne. There is only one God and He is Jesus Christ, our Lord and Saviour. His description is likened unto that of precious stones, jasper and sardine. The jasper stone is a brilliant stone like a diamond. The sardine stone is blood red.

This is the throne of judgment for the world during the Tribulation, which is about to begin. The red sardine stone speaks of God’s wrath. However, around the throne is an emerald rainbow, which is green. This green rainbow speaks of mercy. We should note that there is no rainbow around the Great White Throne (Revelation 20). Only here during the Tribulation will judgment be administered tempered with mercy.

2. FOUR LIVING CREATURES: There were four beasts on each side of the throne. The word “beasts” actually means, “living creatures.” They had the appearance of a lion, calf, man and an eagle. It cannot be proven but it is possible that these are the same living creatures that Ezekiel saw (Ezekiel 1:5-11). Their main purpose is to worship God. This they do continuously day and night.

3. FOUR AND TWENTY ELDERS: Around the throne were twenty-four seats where twenty-four elders were seated. These elders represent the entire church. They are clothed in white and have crowns of gold upon their heads. The saints are made unto God kings and priests. The gold crowns speak of being kings and the white raiment speaks of being priests.

Their song identifies them as being representative of the church. “Thou wast slain, and hast redeemed us to God by thy blood out of every kindred, and tongue, and people, and nation” (Revelation 5:9).

4. SEVEN LAMPS AND SEA OF GLASS: Out of the throne came lightning and thunder, which speak of judgment. Before the throne were seven lamps which are the seven spirits of God. The number seven means perfection and here we see the perfect omniscience of God. Nothing is hidden from Him. The sea of glass is an area of peace and tranquility before the throne. This area seems to be reserved for the Tribulation Saints for they shall stand upon this sea of glass (Revelation
15).

C. ONE THRONE: (Revelation 4:2).
There is only one God whom we shall see in Heaven. Some believe they are going to see three gods but the Bible is very definite on the matter. We shall see Jesus (I John 3:2). The ONE who is seated upon the ONE Throne is Jesus Christ.

In chapter five John saw Jesus, the Lamb of God, take the sealed book out of the right hand of Him upon the throne. Does this not make two gods? No, it is simply our Lord acting in two offices. Not only is He the Lamb but He is also the Lion of the tribe of Judah (Revelation 5:5). This is not the only place we see our Lord revealed occupying more than one office at the same time. Let us consider one example of this: “The Lord hath laid on him the iniquity of us all”
(Isaiah 53:6). In this Scripture it is stated that the Lord is both the priest and the sacrificial Lamb. Here we see that Jesus fills two offices at the same time. What then is inconsistent in Jesus filling two offices in Heaven at the same time?

D. THE TITLE DEED TO THE EARTH:
In the right hand of God was a book, which was the title deed to the earth. This book was a scroll, which contained the terms by which the earth could be redeemed from the curse. The whole earth has been under a curse (Genesis 3:17-18) and has been groaning waiting for this moment of redemption (Romans 8:22).

The book or scroll, sealed with seven seals, recalls an ancient Jewish custom. Under the Law one might not levy on an estate beyond a certain period. In the year of Jubilee mortgaged property was released. When an inheritance was mortgaged to a creditor, a sealed book, a sort of mortgage deed, was given into the hands of the holder of the property. A sealed book was therefore a sign of an alienated inheritance, but an inheritance so held that recovery of it was possible on the term specified. When the legal representative of the original property holder broke the seals and brought back the property, he was called the “Redeemer.” In Revelation chapter five a worthy Redeemer is found to claim the inheritance long under Satan’s mortgage. The title deed to the earth is in God’s hands. Satan cannot get full possession (Romans 8:22-23).

The time comes when the Lord Jesus fulfills the promises of God, executes the judgments and gives the inheritance to the saints.

John wept when there was no man worthy to break the seals and meet the conditions necessary to redeem the earth. He was told by one of the elders not to weep for the Lion of the tribe of Judah hath prevailed to open the book. Jesus is called a Lion, which speaks of His Deity and a Lamb who speaks of His Humanity. John saw Jesus having seven horns and seven eyes. This reveals Jesus possessing the attributes of omnipotence and omniscience. He is all-powerful and all knowing. Only Jesus, the Lamb who was slain at Calvary, was found worthy to take the book, break the seals, and redeem the earth from the curse.

F. WORSHIP IN HEAVEN: (Revelation 5:8-14).
The latter part of Revelation chapter five reveals to us in small measure the nature of the worship before the throne of God. Pentecostal services here are very quiet compared to the volumes of praise, which shall be sung at that time. The raptured church will give praise for being redeemed by the blood of Christ out of every kindred, tongue, people and nation. The church will praise the Lord for being made kings and priests, and for the promise of reigning on the
earth (Revelation 5:18).

Joining with the praise of the redeemed will be one hundred million angels, and millions more, who will say, “Worthy is the Lamb that was slain to receive power, and riches, and wisdom, and strength, and honour, and glory, and blessing” (Revelation 5:12).

What a glorious time this will be!

Before we close this lesson, mention should be made regarding the importance of the prayers of the saints. They become sweet odors stored up in golden vials. These prayers will fill Heaven with sweet incense and augment the anthems of worship being sung around the throne of God.