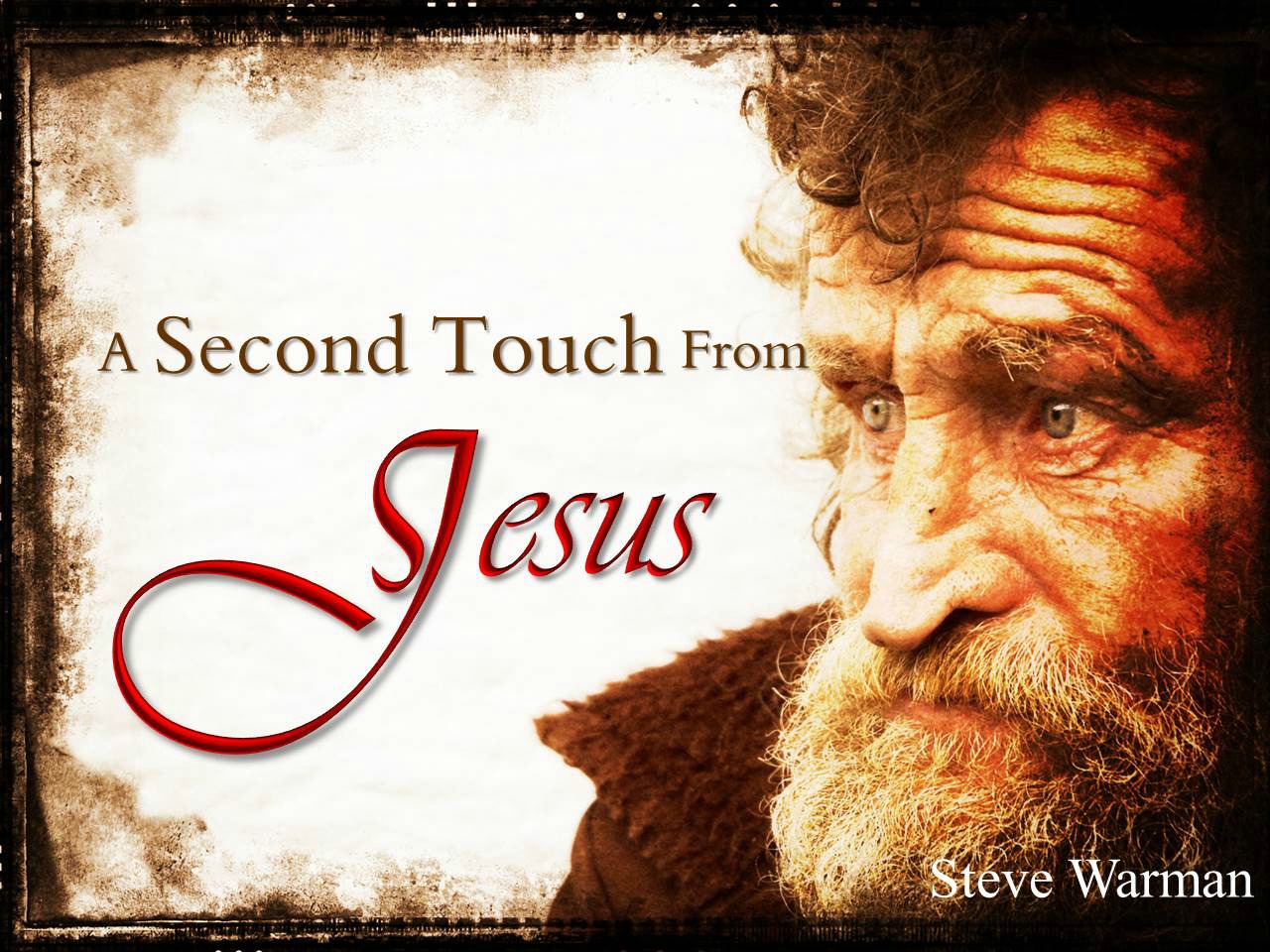 Never confuse a single defeat with a final defeat.

At a place called Bethsaida, concerned, loving friends brought a blind man to Jesus and “… besought him to touch him “(Mark 8:22).

This person was not just casually interested in coming in contact with the Healer. He and his friends believed with all their hearts if somehow Jesus would simply reach out and “touch” him, his sight would be restored.

These were not just over-zealous believers dragging along an unsuspecting blind man. He really wanted the hand of God to work in his life.

Away From the Crowds

The response of Jesus must have come as quite a surprise. Instead of reaching out to touch the eyes of the blind man and perform an instant miracle, the Lord had a different plan. “Taking him by the hand, he led him out of the village” (v.23).

You see, Jesus deals with each individual personally—and not all in the exact same manner.

Here we find the Son of God giving time and attention to a sightless man, moving him Jesus deals with each individual friends to avoid curiosity seekers or exciting the public.

By leading the man out of the town, Jesus was really removing him from his comfort zone. No doubt at some point in his life a caring person had taken him by the hand and marked off the steps to the corner. He knew that town as well, if not better, than anyone. Twelve steps to the right is the market. Turn left and take thirty-three steps from there and you will be at the synagogue—and so on.

Jesus guided this individual out of the city and into the unfamiliar. In truth, the blind man would need to receive a miracle just to find his way home!

If you feel like you have been led by the Lord into a place you do not recognize, don’t feel overwhelmed or panic. Just realize God is about to perform an awesome act in your life.

“Can You See Anything?”

When it came time for the Lord to deal with this man’s blindness, He proceeded to operate in an even more unorthodox fashion. The Bible says Jesus, “…spit on his eyes, and put his hands

This healing was unique among those recorded in scripture. In fact, it came in stages. The first step used by the Lord was to apply moisture from His own mouth to the eyes of the man. In other words, Jesus gave part of Himself—and the efficacy of His own person—to bring healing. Virtue flowed from His body.

When Jesus removed His hand, He asked the question, “Can you see anything?”

“Yes,” came the response, “But I don’t think it is everything You want me to see. I see men as trees, walking.”

The Answer is on its Way

This was the perfect scenario for a miracle. The man had faith for his healing and Jesus placed the spittle in his eyes and laid hands on him. Yet, the first touch was not enough and the man did not receive total sight. Again, this miracle didn’t come instantly, rather in stages.

Friend, don’t give up and walk away because you are not completely successful on your first attempt. It is nobody’s fault and God is certainly not dead, so don’t lose faith.

Try again! The answer is on its way and you will be able to see your future as never before.

When the man responded that he saw “men as trees,” Jesus was not the least discouraged.

What a Wonderful Sight

The Lord never thought of failure. The Bible tells us Jesus just touched him once more—”…he put his hands again upon his eyes, and made him look up; and he was restored, and saw… clearly“(v.25).

The man who was blind now had perfect sight—twenty-twenty vision. Even the “blurring” disappeared.

And because they were far away and separate from the crowds, the first person he saw was Jesus! What a wonderful sight that must have been!

However, you can rest assured that when this jubilant man returned to his home with completely restored vision the news traveled fast—and Jesus received all the praise and glory!

He Always Finishes His Work

The fact this “second touch” is recorded in scripture gives me hope for things I want so desperately. If every person of scripture received what they desired without the slightest delay or problem, it would be discouraging when our prayers are not instantly answered. If we never read of those who struggled, we might decide, “Something is wrong with me!”

I’m so delighted God’s Word allows us to encounter people such as this sightless man, who wanted a healing more than anything in this world—yet things did not work out for him on the first attempt.

It may come as a surprise to some that Jesus had even better results when He touched the blind man a second time.

Aren’t you grateful for a Savior who will reach out to you again and again. He never gets upset if you can’t quite see clearly after His first touch, nor does He leave you stranded in the fog and walk away. He is waiting, willing and longing to touch you again.

Nowhere in scripture will you find that Jesus leaves His work unfinished.

The next time you have fellowship with the Lord in prayer, tell Him, “Thank You, Jesus, for the great example You have given me. Because You tried again, who am I to be too proud to attempt to make a comeback? I know you will be by my side to help me.”

If the Man who cast out devils, caused the blind to see, the deaf to hear and the dumb to speak can try again, so can you.

The article “A Second Touch from Jesus” written by Steve Warman was excerpted from The Second Try: Your Best is Yet to Come, 2006.

1 thought on “A Second Touch From Jesus (Entire Article)”