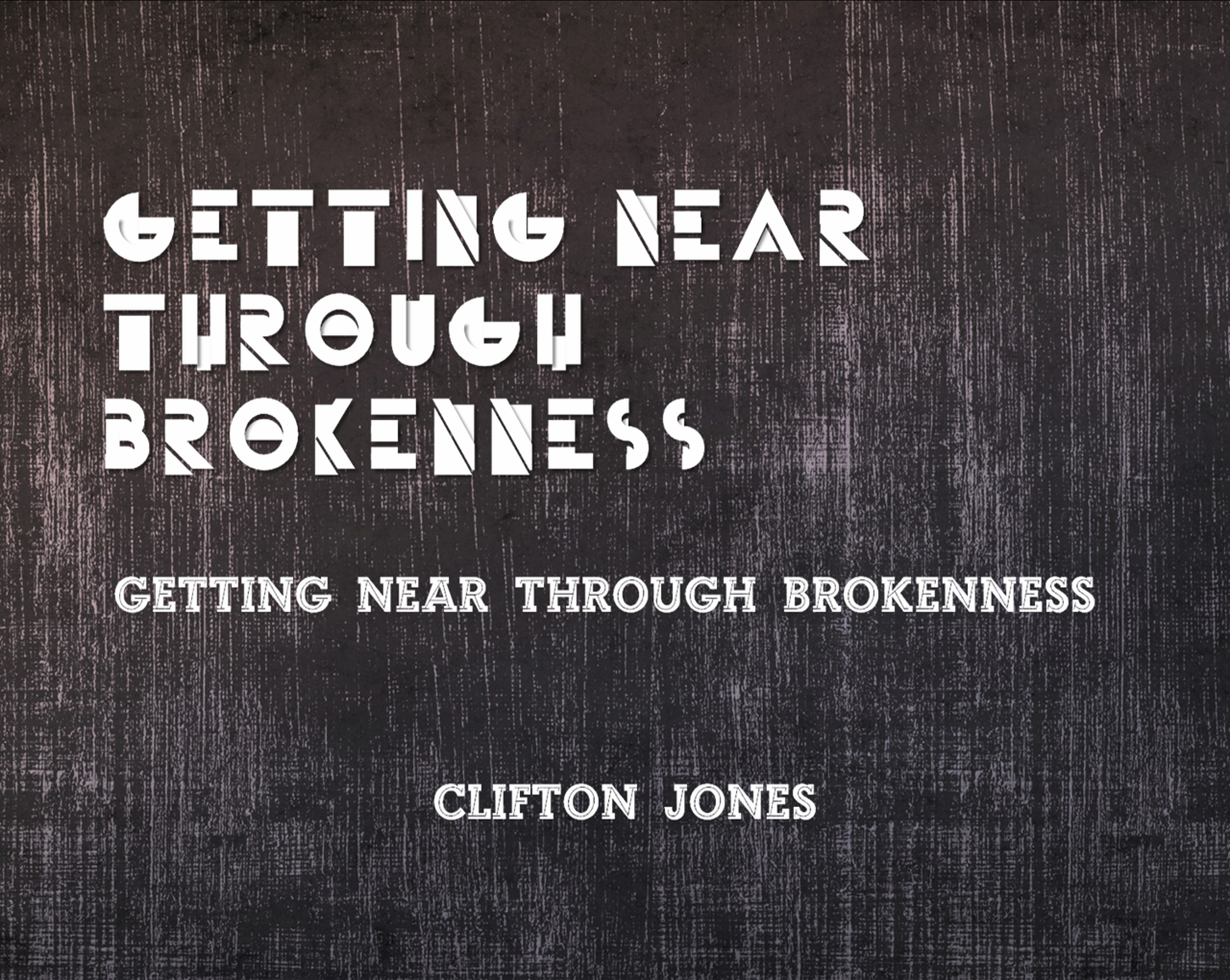 The American Indians tell a parable of a brave who found an eagle’s
egg and put it into the nest of a prairie chicken. The eaglet hatched
with the brood of chicks and grew up as one of them.

All his life, the changeling eagle, thinking he was prairie chicken,
did what prairie chickens did. He scratched in the dirt for seeds and
insects to eat. He clucked and cackled. And he flew in a brief
thrashing of wings and slurry of feathers no more than a few feet off
the ground. After all, that’s how prairie chickens are supposed to
fly.

Years passed, and the changeling eagle grew older. One day, he saw a
magnificent bird far above him in cloudless sky. Hanging with graceful
majesty on the powerful wind currents, it soared with scarcely a beat
of its strong golden wings.

“What a beautiful bird!” said the changeling eagle to his neighbor.
“What is it?”

“That’s an eagle – the chief of birds,” the neighbor clucked. “But
don’t give it a second thought. You could never be like him.”

So the changeling eagle never gave it another thought. And it died
thinking it was a prairie chicken.

What a tragedy! Built to soar into the heavens, but conditioned to
remain earthbound, he pecked at stray seeds and chased insects.
Though designed by God to be among the most awesome of all birds, he
instead believed his neighbor’s counsel: “You’re only a prairie
chicken . . . come on, let’s go find some insects.”

Right now, you may be finding yourself in a situation much like that
of the changeling eagle. You know God has empowered you with the
ability to have a far greater church than you have right now. You know
you are filled with a spirit which enables you to reach and obtain the
impossible. But for some reason, a voice in the back of your mind
keeps saying, “But your only Pentecostal. You’ve always been small.
What hope is there of growing now?”

You try to shrug off the voice of the enemy, yet he persists, “It’s so
much easier to scavenge for insects than to soar among the heavens.
It’s so much easier to just do like everyone else than to venture out
and risk failure.”

Of course it is. It’s also easier to read book after book and attend
seminar after seminar on “How to do it” than to sit down, roll up your
shirt sleeves, and get the job done.

Sure you risk failure. Risk is a part of it. As a wise man once
observed, “The only thing in life that’s achieved without risk is
failure.” Nothing worth obtaining and striving for ever comes easy.
Not even for the so called “natural geniuses” of our world.

J.C. Penney once observed, “Geniuses themselves don’t talk about the
gift of genius. They just talk about hard work and long hours.”

So if at first you don’t succeed, try and try again. Remember, it took
Thomas Edison over seven hundred attempts before he saw the light. Why
wait? Do it now! Today is yesterdays tomorrow, and you’ve been telling
yourself “tomorrow” for a long time.

He that leaveth nothing to chance
will do few thing ill,
but he will do very few things.
– Charles Baudelaire

Dr. David McClellan, professor of psychology at Harvard says, “Most
people in the world can be divided into two broad groups. There is the
minority which is challenged by adversity and opportunity – willing to
work hard to achieve something. Then there is the majority, which
really does not care all that much.

People do not like change. Most people shy away from adversity. It
does not challenge them, it repels them. But the successful pastor is
aware of peoples resistance to change and is willing to put forth the
effort in spite of it.

Hundreds of years ago, Machiavelli, the famous Italian politician
wrote, “There is nothing more difficult to carry out, nor more
doubtful of success, nor more dangerous to handle, than to initiate a
new order of things.” It is for this reason that no pastor will fight
his way to consistent growth without exercising the fullest measure of
faith, courage, determination, and resolution. The man that gets
somewhere does so because he has first resolved in his own mind that
this direction is the will of God, then has enough stick-to-it-iveness
to transfer God’s will into reality.

Some or all of the material presented in this binder may be new. The
Growth Spiral most assuredly is new. The management structure (the
four-part planning process) has several new elements that few pastors
are using. The evangelistic tools and the New Convert Care program is
being used by a number of pastors, but perhaps not by yourself. But
for you, perhaps it is all new. So it is important for you to realize
that putting these elements into practice will not be easy. Most will
require some changes and adaptation to fit your situation. We have
found that most pastors go through four distinct phases in putting
this material into process. These are:

So the question a pastor must ask himself is, “Am I willing to pay the
price of hard work, patience, sacrifice, and endurance to have a
growing, thriving church?” Your answer is important, because the cost
is great. The true definition of the work “commitment” is “being
willing to give up something to gain something greater.” That is the
“cost” that lies within the work “Pentecost.”

In his book “Making It Happen,” Charles Paul Conn writes:

If it is noble

If it is consistent with God’s kingdom

You must hunger after it

You must stretch yourself to reach it

In the midst of the gathering storm, in the heat of the raging battle,
the people of God must stand firm. We must heed the words of the
prophet in saying, “Cry aloud, spare not, lift up thy voice like a
trumpet!”

We do not have time for rationalization and debate. We, the church,
are responsible for this generation. The next five years, should the
Lord tarry, will present even greater opportunity in the midst of
crisis. We must be equal to that challenge.

One day a veteran missionary in Taiwan, was faced with tremendous
demands on every side. Depressed, she broke into tears, saying, “I
just can’t meet all these demands!”

She later recalled, “I was stunned by such a thought. Did I presume to
think it was I who had this mission burden by myself?” Would I dare to
say what the Lord can’t do?”

Pastor, the battle is not yours, but His. This is His church. He will
return for His bride which shall be dressed in white, without spot,
nor wrinkle. How is the garment washed clean except by agitation? How
are the wrinkles removed except by heat and pressure? The road to
revival is not an easy one – but, oh, how great the rewards!

At the conclusion of this chapter is a suggested schedule of
implementation for part one of the Total Church Growth material.
Certain things must be done first before others will work properly.
We have implemented this program time and again. Please take this
suggested pattern to heart. The temptation is to jump right in, launch
the Growth Spiral right off. Get the evangelistic ball rolling. The
results will be disappointing. The Growth Spiral requires a good
organizational base. Developing this organizational base must be your
first priority. The harvest should not be cut until the barns are
built. All of this takes time.

Set aside time to make your own schedule of implementation. It has
been stated over and again in this material, “No body plans to fail.
They just fail to plan.” Plan your work – work your plan. The key to
the entire program is you. Don’t wait. Do it now!

I’ve dusted my desk and I’ve wound my watch
I’ve tightened (then loosened) my belt a notch.
I’ve polished my glasses, removed a small speck.
I’ve looked at my check stubs to check on a check,
I’ve searched for my tweezers and pulled a hair,
I’ve opened a window to let in some air,
I’ve straightened a picture, I’ve swatted a fly,
I’ve shifted the tie clip that clips down my tie,
I’ve sharpened each pencil till sharp as a dirk,
I’ve run out of reasons for not starting to work.