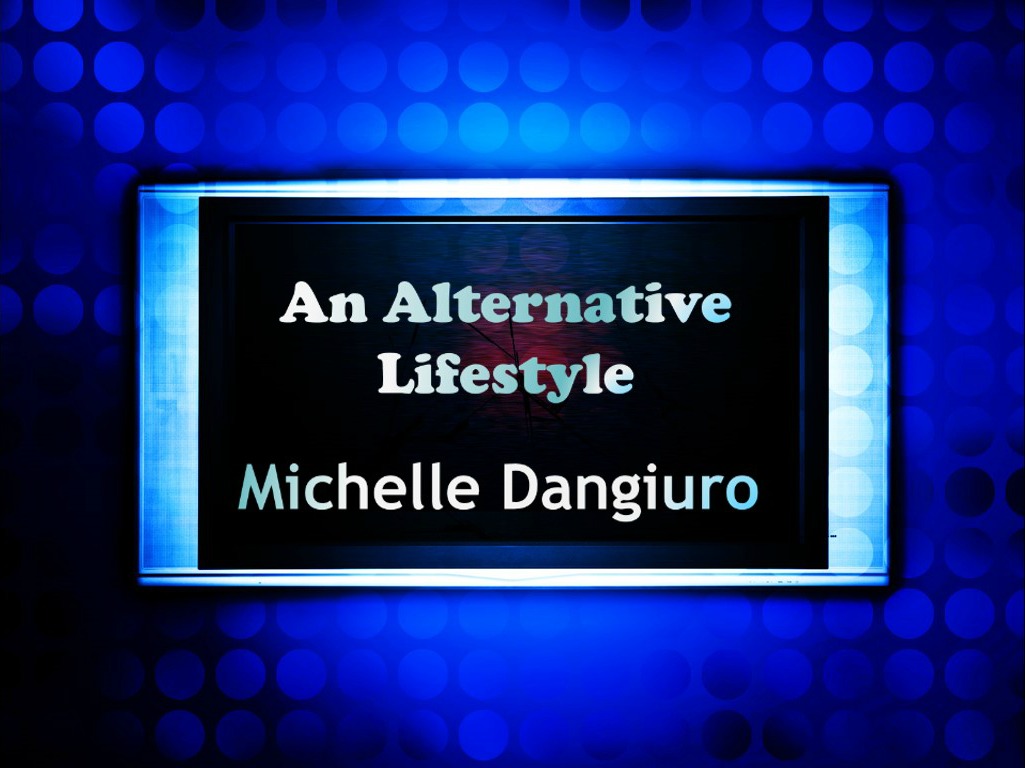 We all agree that as Christians we want to influence others around us for God. To do this we ought to first be influencing those within our homes for God and then letting that influence spill out to those around us. How can our godly values be played out in our attitudes and actions toward tele-vision? The National Association of Elementary School Principals has offered these suggestions to parents:

Set an example. Be a TV role model and turn off the tube when you’re eating or participating in other activities. Don’t use the television for background noise or leave it on all the time.

Don’t use TV as babysitter. Keep a complete arsenal of alternatives on to keep children occupied: books, puzzles, board games, art magazines, toys, and musical items.

Do not permit children to have televisions in their bedrooms. If you have a TV or video monitor, keep it in a central location where you can monitor what is being watched.

Evaluate programs before kids tune in. Never knowingly let a child watch a program that you have never seen before. The content of some “innocent” TV shows may surprise you.

Schedule daily activities. Teach your child to plan a daily schedule for after-school time. This should include homework, chores, and outdoor activities if possible. Only allow TV to fill a small block of time—or no time at all!

Discuss programs and videos with children. Help them to understand the difference between fantasy and reality. Compare your family values with those portrayed in the television shows or videos.

Use TV as a tool only. Make the programs or videos you select count. Choose educational or inspirational shows such as wildlife shows, cultural programming, plays, music programming, or animated shows. Be sure your selections uphold Christian values and edify as well as entertain.

Join forces to oppose offensive television content. Work with teachers and other parents to reduce violent and sexual content on television. Contact local and network officials, government regulatory agencies, and congressional leaders. Let them know your grievances with the present television content and advocate the development of quality, moral children’s programming.

But my Kids Will Hate Me!!

Listen to these testimonials given to officials of Television Free America after their annual TV-Turnoff Week. Their response to this seven-day TV blackout may surprise you:

I got to spend a little more time talking to my mom because she turned off the TV during dinner.

-An eighth grader from Pennsylvania

At the end of the week, my 6-year-old was telling everyone how ‘he doesn’t like TV anyway! ‘Now, three weeks later, no TV has become a habit, and it seems odd when the set is on / Mother of a 6-year-old from Wisconsin I threw away the pledge card (for TV-Turnoff Week) because I never thought he could go a week without TV. My son was very upset with me! I confess to turning on the TV, but he went someplace else or finally got us to turn it off and play a game with him.

-Mother of a third grader from Washington

Students were well motivated for the week. Parents found it more difficult.

-A teacher from Georgia

I wanted to turn off the TV but my dad wouldn’t.

-A student from South Carolina

From these quotes, it doesn’t sound like it was the children who kid difficulty turning off the set (it was the parents). Parents get hooked on ‘IV just as fast as children, but for an added reason: it becomes a parenting tool. Marie Winn Anderson, author of the Plug-In Drug, had this to say about TV as a parenting device:

Parents use television in daily child rearing as a problem solver. When young children start fights, parents will say, `Gee, Sesame Street is on.’ But they haven’t solved the problem. Before television, parents had to be firmer.’

Does a whole TV-free week sound intimidating? How about just trying a TV-free weekend? That’s what Nancy Norris, pastor’s wife in King of Prussia, Pa. and former public school teacher in Kewaskum, WI., did with her fifth-grade class of students several years ago. Her class participated in a TV-free weekend: no TV from Friday night to Monday morning.

To get the children ready for the weekend, Sister Norris instructed children to interview parents or grandparents who grew up without television to find out what kind of activities they participated in. Then children submitted ideas about what they would do during the weekend instead of watching television. Finally, they did a “game ex-change” in which students swapped games and toys for the weekend so they would have new things to do during the short TV blackout.

The students, who were initially scared that they couldn’t go an entire weekend without television, reported having spent more time with their families. Sister Norris said that the experience was educational for them because they learned about family time and new activities.

Do We Need Big Bird?

Is television really a reliable and needed teacher?

Henry Lebalme, executive director of TV Free America, was recently interviewed on a radio program about television’s ability to teach. The following are excerpts from his interview:

Interviewer: “A lot of people in defense of television will say it can also be a very educational tool.”

Lebalme: “Well, of course you hear that frequently, but the fact is television teaches kids to like, not the educational process, but really teaches them to like television. It’s really the process of learning that we have to engage in. And learning can take work, and it can be extremely rewarding. TV can’t teach a child to read, and most importantly of all, it doesn’t answer a child’s questions.”

Let’s break the dialogue right here, because something Lebalme just said that is highly significant is about to get lost for the rest of the interview. He said, “…and most importantly of all, [TV] doesn’t answer a child’s questions.

Kids With Questions: Geniuses in the Making

A study conducted by Dr. Benjamin Bloom of the University of Chicago yielded sonic amazing results regarding questions children ask. He surveyed 120 high-ranking men and women, the best in the world in six occupational fields, most under 35 years of age. He found that they grew up with:

But they did grow up in a nurturing family environment where their parents emphasized:

According to Dr. Bloom, “Perhaps the most significant aspect of these early years was the way the parents responded to their children’s questions. Questions were treated seriously, and when the parents didn’t know the answer, they taught their children how and where to find them. These parents believed that their children were special and shared with them the excitement of discovery… Learning how to learn was more important than what they learned.”

Disciples With Questions: Spiritual Giants In the Making

Jesus lived the verse, “If any of you lacks wisdom, let him ask of God, who gives to all liberally and without reproach, and it will be given to him” (James 1:5). Jesus answered sincere questions, controversial questions, questions meant to trap Him, questions not directed to Him, and questions with ulterior motives. Although He responded to each type of question in a different way, He nevertheless answered them. And the answers to these questions help us today to grow in grace and the knowledge of God.

Television may dispense information to children and teach with stories, but it cannot answer a child’s questions. Only spontaneous interaction with other people can accomplish this important job. Now back to the interview. Lebalme also told his interviewer that television cannot teach a child to read.

Interviewer: “Well, what about Sesame Street? Hasn’t that taught millions of children to read?”

Lebalme: “Studies show that it teaches some kids to recognize certain letters and symbols a little bit faster than others, but it has never taught any child to read. My role is not to moralize. I prefer not to watch because there are all kinds of other things that I do. I play with my daughter, I go for long walks with the dog in the park, I paddle my kayak, I go sailing, I hang out with my wife. But people should be free to do whatever they want.

“All we’re saying is Americans watch way too much. We watch almost (bur hours of TV a day. And by anybody’s measure .whether it’s the American Medical Association or the United States Surgeon General David Satcher, who yesterday came to school to do an event with us—it’s too much.

“There are plenty of smart people who watch television, don’t get me wrong. But nobody ever got smart watching television.

“Even if you grant that there is some good quality educational programming on, it is eclipsed by the tidal wave of junk which is on there. It’s content and it’s the amount. For me, more it’s the amount.”

Interviewer: “I think Internet use can be paralleled with television viewing. People get hooked on the Internet, they’re exposed to a lot of images, there’s a ton of junk on the Internet as well as a lot of good on the Internet. And people are really seeking a lot of ways to snap us for advertising—the little banners that run across and everything—and it can become as addictive as television. Don’t you feel that sitting in front of the computer screen can be just as dangerous?”

Lebalme: “I do. And I thin& smoking cigarettes can be dangerous, and drinking too much booze be dangerous. There are a lot of things. Yes, the Internet is a potential problem.”

Interviewer: “Henry, what \\vould he wrong with an interactive game on a computer that teaches you how to count’?”

Lebalme: “Well, maybe in small amounts. But blocks and an adult working through the numbers with the child is much better. No matter how much harried parents may not like to do that, they should not relegate their parenting or the education of the children to a machine.”

Interviewer: “Yeah, sometimes it does turn into the babysitter, doesn’t it? We’ve found that with T V. Well, Henry, you bring up some interesting points.”

Lebalme, and others like him, represent a small percentage of American society: the television fringe      or the television cutting edge, depending on how you choosey to look at it. A TV-free home is definitely a separate and distinct lifestyle in America since 98 percent of homes have at least one TV.

When families resist -the pressure to have a television and then exhibit the benefits and blessings of not having one, they can be a powerful witness for God–fc)r the power of a strong relationship with Him, with members of their family, and with others.

The above article “An Alternative Lifestyle” is written by Michelle Dangiuro. This article was excerpted from chapter thirteen in Dangiuro’s book Powerful Effects Powerful Choices.

1 thought on “An Alternative Lifestyle”