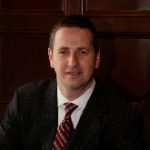 “Something has caught hold,” says Bro Nichols. “I’ve been the pastor here for seven years and we’ve been working on this goal for all seven of those years. We’ve been waiting for the tipping point and this is it.”

Bro J. Todd Nichols, pastor of Greater Faith Church in New Albany, Indiana, recently hosted a Soul Winner’s Boot Camp for the city of Louisville, Kentucky and the surrounding area. There were 120 registrants from all over the US as well as Bro Nichols’ own church people. “We started on Thursday, July 24th with dynamic preaching. Twenty-three were baptized that night and nineteen received the Holy Ghost.” The totals for the four days were 319 baptized and 253 received the Holy Ghost. “All of those are documented. We have names, phone numbers, and addresses. None of these people were backsliders. They had never been baptized in Jesus’ name or had ever received the Holy Ghost.”

Following Boot Camp, Bro Nichols and his church had 14 consecutive days where somebody received the Holy Ghost or got baptized. “I went on vacation six days after Boot Camp and was gone for nine days. Our people have been baptizing and praying people through just about every night of the week. I know one evening while I was gone, they text-messaged me and somebody had taken a horse trough and thrown it on the back of a trailer and taken it out to the streets. They baptized four people in Jesus’ name and all four of them received the baptism of the Holy Ghost. Over 300 people from the Boot Camp have returned more than once. Since Boot Camp, we have baptized 237 more people and 180 have received the Holy Ghost.”

“Over 2000 people were ministered to in the four days of Boot Camp. Every person has received a letter and a phone call by someone in our church. Those that were baptized or received the Holy Ghost received another letter.” Bro Nichols says, “We are taking it day by day and visiting every single person personally. We have taught over 500 Bible studies since Boot Camp.”

Bro Nichols is the Global Impact Director for the state of Indiana. “It’s my hope to hear reports like this from all over Indiana and the entire US. We have seen for years hundreds and thousands get the Holy Ghost overseas. I feel like there is a breaking here in North America. More than the effort that we put forth to insure the success of this Boot Camp and the size of this harvest is the timing. I feel like it’s God’s time. These are times of great harvest. I don’t want our readers to think we’re triumphing what we did. I feel like this is evidence of what God wants to do everywhere. It’s my hope that we would hear this from the eastern seaboard to the west coast.”