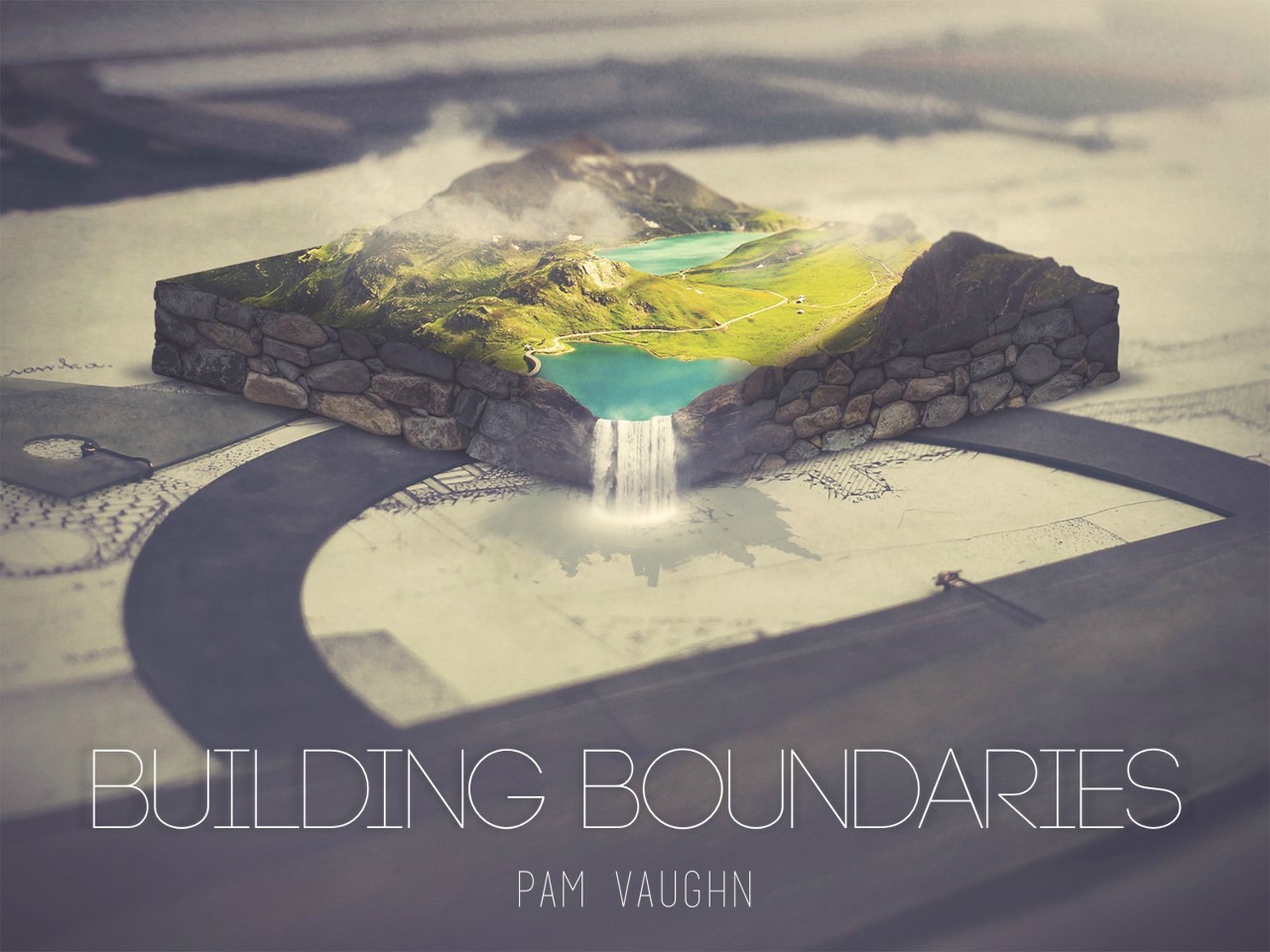 Boundary- Forming a barrier or hedge. “A means of protection against something or someone. Something that marks a limit.” (Webster’s Dictionary.)

Ecclesiastes 10:8 He that diggeth a pit shall fall into it; and whoso breaketh a hedge, a serpent shall bite him.

In 1995 I went to Israel with a tour group led by Rev. Lee Stoneking. During that trip, we toured the Golan Heights. As we reached this place bordering Lebanon and Syria, I noticed fences that marked the boundaries of the three countries. I thought- What a difference a hedge makes. The path that we were traveling seemed to be the only clear place to walk. On either side of the path was a Jot of thick grass mixed with briers and weeds. The instructions were clear, “STAY ON THE PATH.”

On the side bordering Lebanon I noticed a fence several feet away from where I stood. On the fence, a sign was erected that read, “Mine Fields.” Beyond the fence, the mine fields extended out several feet. Finally another fence marking the beginning of the country of Lebanon stood in place. I thought to myself- They want to make sure no one will enter their territory without an invitation. We can learn much from their example.

There was a lot of preparation and planning by these countries to ensure that an enemy would not violate their space. Marked boundaries are vital to survival, not only for countries of the world, but also for each individual’s life.

Satan was aware of the hedge that God had placed around Job, and everything that he owned, including his family:

Job 1:10 Hast not thou made an hedge about him, and about his house, and about all that  he hath on every side? Thou hast blessed the work of his hands, and his substance is increased in the land.

Lamentations 3:6-7 The enemy hath set me in dark places. He hath hedged me about that I cannot get out: he hath made my chains heavy.

When we are trying to help someone who is coming out of homosexuality or any other type of sinful lifestyle, it is imperative that we make sure that they understand the principle of a hedge or a boundary. The Bible refers to a hedge as something used to create a safety area, to protect a person from the enemy’s attack or influence.

There are changes that must take place in order for a person to have time to rebuild his life, and develop a different mindset. The forsaking of a sinful lifestyle affects many areas of a person’s life: he must forsake friends, hangouts, all of it. Everything the person has been doing has to change. This is very difficult at first; but in time, when given the chance, Jesus will rebuild that person’s life with things that will fulfill His purpose for them.

The Shepherd’s Hedge of Thorns

For a shepherd, a hedge of thorns was a very familiar tool, used to protect his sheep. When nightfall approached, the shepherd would look for some thorn branches and carefully weave them together until he had a fence or hedge large enough to encircle his sheep. At one place in the hedge he would leave an opening or door, for the sheep to come in and out.

After the sheep were safely placed inside, the shepherd would bed down for the night in the doorway of the hedge. He knew that the sheep would be safe during the night because of their protective boundary.

The purpose of the hedge of thorns was to cause the sheep pain and discomfort if they tried to press through the hedge. The thorns would prick their skin. The pain would stop the sheep from pursuing their goals, goals that could destroy them. (The Bible refers to people as being like sheep. People also withdraw from things that cause pain.) The shepherd was merciful to his sheep by not letting them feel comfortable in their pursuit of what they thought to be freedom, but was actually harmful.

It took the shepherd a long time to gather enough thorn branches to encircle his sheep. It took hours in the hot sun or freezing temperatures to build the protective barriers. The hardship did not stop the shepherd from completing his mission. His love for his sheep kept the shepherd going through all of the discomfort and pain, until it was finished. The life of his sheep depended on it.

John 19:30 When Jesus therefore had received the vinegar, he said, It is finished: and he bowed his head, and gave up the ghost.

Just as the earthly shepherd protected the sheep that were committed to his keeping, our heavenly Shepherd protects His sheep even unto death. What love can compare to the love of our Savior?

There is a story in Hosea very much like the story of the prodigal son. The result is the same. In both stories, the character sought after his own way, only to discover that a self-seeking life brings pain and separation from the very ones who loves him the most.

Hosea 2:6-7 Therefore, behold I will hedge up thy way with thorns, and make a wall, that she shall not find her paths.

And she shall follow after her lovers, but she shall not overtake them; and she shall seek them, but shall not find them: then shall she say, I will go and return to my first husband; for then was it better with me than now.

When God places a hedge of thorns around a person, it makes their travel through a sinful life more difficult and painful. The things that they seek after become very hard to achieve.

There was a time when I allowed the boundaries I had placed in my life to be removed. With determination to follow my emotions, I also forced Jesus to remove His hedge. The enemy immediately placed his hedge of darkness and chains around me, and I lost my way.

Too often, people seem to think that the same thing can’t happen to them, so they play around with their lines and boundaries concerning sin. For some Christians, their “personal convictions” become casual justifications. This attitude can cause them to find themselves trapped in sin that shows no mercy.

Proverbs 25:28 He that hath no rule over his own spirit is like a city that is broken down, and without walls.

When someone is trying to come away from any sin, he must set guidelines and boundaries in his life. The enemy hides behind simple mistakes, and will test the hedges and boundaries around this person, to see if there is a hole or weakness in it. Just like countries are aware of the need for boundaries, and install lines way beyond what is required to mark their territories, we should draw lines that will protect our souls. Life is not about what we can get by with, but about what we can do to make sure our soul is kept safe.

2 Peter 2:19 (NLT) They promise freedom, but they themselves are slaves of sin and corruption, For you are a slave to whatever controls you.

We must be careful concerning who we allow to speak advice into our lives. We must watch to see what kind of fruit they produce before partaking of it. If the forbidden fruit had appeared rotten or ugly in the Garden of Eden, Adam and Eve would not have ended up in trouble with God. We are to save ourselves from this world through the power that Jesus has given us.

It was only when I found myself engulfed in darkness and hopelessness that I realized that His hedge was not to deprive me of happiness, but to save me from my own destruction!

The above article, “Building Boundaries” was written by Pam Vaughn. The article was excerpted from chapter five in Vaughn’s book The Value of One Lamb.