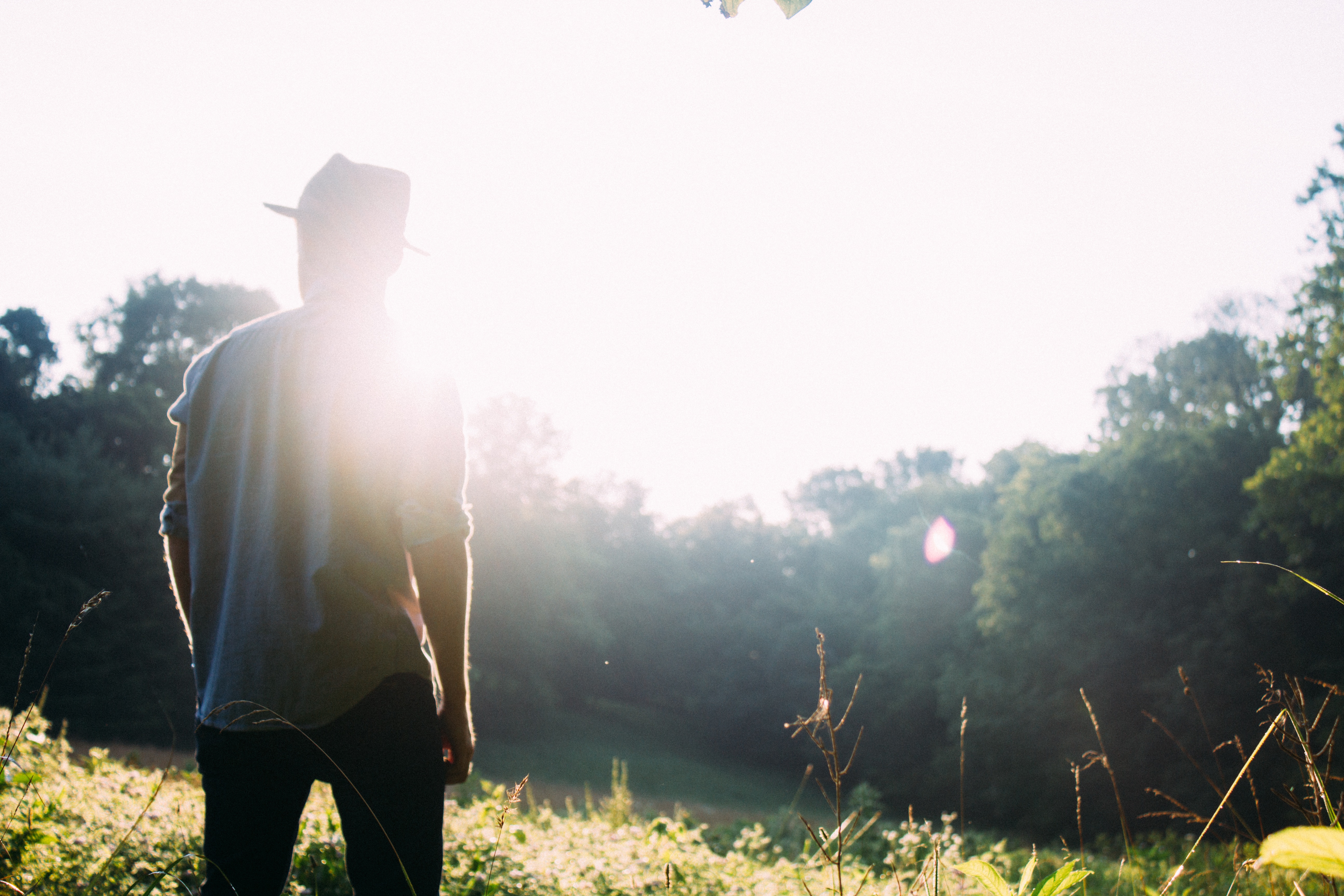 Weeks, months and years went by before the man finally achieved his goal of discovery. Now it was perfected and the perfect invention brought him great wealth, but joy did not accompany that wealth. Every time his invention was put to use, it brought great destruction to someone somewhere.

His invention was the bomb. His name was Mr. Nobel.

Trying to make the wrongs right, he donated all his riches to a trust. Each year men and women who strive for peace receive what we know as the “Nobel Peace Prize.” Mr. Nobel wanted his name to be remembered for peace rather than destruction.

The wise man Solomon gave us a great truth when he told us, “a good name is better than great riches” (Proverbs 22:1). To be an individual with character is greater than all the riches in the world.

I look around and see a world motivated by money, greed, power, and position. The sports world, the singing stars, the movie actors and actresses always seeking for more and more, yet never finding happiness. It bothers me more to realize that these are the people our children and youth are following after.

“A GOOD NAME IS BETTER THAN GREAT RICHES” PROVERBS 22:1

We cannot allow ourselves to sit passively by while our children and youth model after men and women with little or no character. As parents, grandparents, aunts, uncles, teachers, and pastors, we need to set such an example of character that our children will choose to follow us.

This is precisely why we need the Word of God. The Bible is full of history, wisdom, wars, loves and even death. Character is the one attribute that can be found in each and every book of the Bible. I have no doubt that God was trying to get something through to us; showing us what matters.

Exodus – Joshua and Caleb were courageous in believing God while others doubted.

Leviticus – The laws were written to simply build and reinforce character in the lives of Israel.

Numbers – Joshua does not overthrow Moses but rises to leadership in the timing of God.

Joshua – Achan is destroyed for a lack of character.

Judges – Gideon fights a great battle with integrity in spite of it’s size.

Ruth – Ruth chose to remain loyal to Naomi. I, II Samuel- Here we find David, a man after
God’s own heart.

I, II Kings- Elijah, a mighty man of God, who connected divinity with humanity.

I, II Chronicles – Josiah brought the people back to God.

Ezra – The story of a priest with Godly character.

Nehemiah – Built up that which was torn down in the face of adversity.

Job – He loved God in the good and the bad.

Ecclesiastes – The truth about vanity.

Song of Solomon – The strengths and weaknesses of love.

Isaiah – A man who preached with long suffering.

Jeremiah – Beaten and humiliated, yet he continued to preached what, “Thus saith the Lord.”

Lamentations – Jeremiah is crying out for those who harmed him.

Ezekiel – A prophet who tirelessly reached for Israel.

Daniel – Along with three others, he stood firm Displaying great character while the crowd bowed to worship an image.

Hosea – Called for repentance of the people.

From Joel to Malachi — Numerous men proclaimed righteousness and truth.

Matthew, Mark, Luke and John – Men who left the temporal to follow after that which was eternal.

Acts – Stephen prayed for those stoning him.

Romans – Subjection is the subject.

I & II Corinthians – Instruction on living a life of character.

Colossians- We are admonished to walk in wisdom.

Titus – Paul tells him to be a man of good works.

I & II Peter – We are exhorted to live in humility.

Revelation – John entered into the Spirit and heard the voice of the Lord in the midst of tribulation.

This is the book that was used as a template by the forefathers of our country. Men of great character, who willing sold all, gave up their wealth and fought for the freedom we now enjoy. George Washington, John Hancock, and Thomas Jefferson obviously believed in what they were doing and based it upon the best thing they had — the Word of God.

Why is it that our politicians now feel at ease while eliminating the Bible from our schools? The character of the school system has been thrown out the door right along with the Bible. The principles of the Word of God do not change. Truth is consistently a straight line. It has not and will not change.

Look at any man or woman being sworn into office today and you will see them place their hand on a Bible. I only wish they would display the character found in that book.

Character is not something you can possess in a day, week or year. Character is a lifetime process. The reward is only merited after a considerable amount of hard work.

Solomon tells us in Ecclesiastes 3:12 there are two things we ought to practice; 1) doing good, and 2) rejoicing, or being happy. The reason I used the word “practice” is because we do not automatically do anything good. Therefore we must practice. No matter what life deals us, there should be a desire in our hearts to do good. If you will practice doing good, the reward will cause rejoicing.

Anyone who says they believe in Jesus should strive for impeccable character. I do not think we will accomplish it every day because we continually battle inwardly with the carnal nature and outwardly with our environment. The goal is to work toward being a person of character every day.

The fruit of the spirit is, Love, Joy, Peace, Long-suffering, Gentleness, Goodness, Faith, Meekness and Temperance. We cannot achieve such a lofty goal within our own abilities. We must have Christ in our lives. I know that we humans will never reach a perfected life on this earth, but realizing this should not hinder us from trying, reaching, striving and pursuing that perfection. That is what Character is all about.

Character will cause you to try and try again. The failure is not the person who tries and fails but rather the person who never tries. We should practice allowing these positive attributes to shine forth from our lives every day. As you make “practicing” these things a daily habit, character your life. As character forms, will begin to build in you will find strength and courage as never before.

You can divide the attributes of the Fruit of the Spirit into three categories. The first is the character of your inward state. This is manifest in the fruit; LOVE, JOY, and PEACE. If you want to build the inner man, you should work on these three.

The second category deals with your attitude toward others and consists of LONG SUFFERING, GENTLENESS, and GOODNESS. If you are having problems in your personal relationships, these are the fruits you will want to fertilize and produce in your life.

The final area targets our attitude toward Godliness and deals with FAITH, MEEKNESS, and TEMPERANCE. If you are seeking direction in your walk with God, you should use these elements as a prayer guide.

Just as natural fruit requires cultivation and work, your character must also be nurtured and watered. This must be done if we wish to produce the attributes of the Fruit of the Spirit.

2 Peter 1:10 tells me that if I will do some things I will never fail. This may sound a little farfetched, but look at it with me.

2 Pet 1:5-10
5 But also for this very reason, giving all diligence, add to your faith virtue, to virtue knowledge,
6 to knowledge self-control, to self-control perseverance, to perseverance godliness,
7 to godliness brotherly kindness, and to brotherly kindness love.
8 For if these things are yours and abound, you will be neither barren nor unfruitful in the knowledge of our Lord Jesus Christ
9 For he who lacks these things is shortsighted, even to blindness, and has forgotten that he was cleansed from his old sins.
10 Therefore, brethren, be even more diligent to make your call and election sure, for if you do these things you will never stumble; (NKJ)

Preceding the promise is the plan. (How often I find we want the promise but not the plan.) In these verses we find the building blocks of character. It is not just one thing or another, but rather a combination of things that brings about strong character.

In this writing, Peter is encouraging us to continue to work on building character. Using the positive materials of Godly principles, you and I can have a great life without all the stumbling. This may still sound impossible… but read on.

Every good thing begins in the mind. Paul understood this and wrote what we now see as a pattern for positive and spiritual thinking. Before character can ever be produced in your actions, it must first be planted in your mind. You must think it before you can do it.

Prov 16:32
32 He who is slow to anger is better than the mighty, And he who rules his spirit than he who takes a city. (NKJ)

Character is all about ruling your spirit. The natural, carnal flesh does not want to be ruled. Solomon told us that if a man can rule his spirit he is stronger than the one who takes a city.

The King looked at the young men and laid out a challenge for them. They had one week to prove their point.

During the next week the one who said a gentleman is made went into a restaurant. A cat walked up to the table and took his food order, served the prince his meal, and gave him the bill. The young man knew this would surely prove his point so he bought the cat and took it home.

The other son heard about the cat, yet still had nothing to prove his point. Only hours before he was to go before his father and brother, he was walking down the street when he looked in a window and saw what he needed. He went in, purchased it, put it in a box and took it home.

As the two sons met before their father, the son with the cat opened his box and took out the cat. The cat was all dressed up with a coat and hat, carrying a tray. The cat walked up to the king on its hind legs and served him chocolates. All that witnessed this were truly amazed at such a feat. Without a doubt this boy thought he was right.

Then the other son opened his box and out came two mice. The cat immediately dropped the tray and ran after the mice. The point was well make; you can dress it up, give it a tray and teach it a few tricks — but a cat is a cat. It is the same with you and me. We are carnal, human beings. We dress up, look the part, act the part and think we have it all together. The truth is, without a transformation, a cat is a cat.

Too often people try to change the outside appearance, thinking the inside will change as well.

What we need is an over-hauling on the inside and we will then see the outside change.

As the wise man said, we must first “rule the spirit.” After this is accomplished, there is nothing we cannot do through the power of the God.

The above article, “Character…and Your Name” is written by Jonathan R. Perry. The article was excerpted from chapter 5 of Perry’s book Character: The Real Thing.

1 thought on “Character…And Your Name”