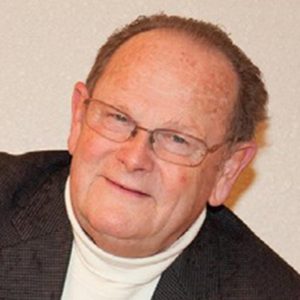 Whereas ye know not what shall be on the morrow. For what is your life? It is even a vapour, that appeareth for a little time, and then vanisheth away. James 4:14

Money has no value in and of itself, it is just a unit of exchange. We exchange each hour of our life, hopefully, for what we deem to be of equal value. When it comes to family time we are selling out too cheaply. It reminds me of a story my daddy used to tell.

It seems that a little boy was given fifty cents by his uncle and was on his way to the store to spend it. On the way he met an older boy with a whistle. The little boy was very interested in the shine, shape and sound of the whistle. He offered to swap his fifty cents for the whistle to which the older boy immediately accepted. He then returned to his uncle happily blowing his whistle.

He excitedly told his uncle how he had swapped his fifty cents for the shiny whistle. The uncle knowing that the store was selling whistles for ten cents, said to his nephew, “Son, I think you have paid too much for your whistle”.

Early traders used this technique many times with the Native Americans by trading beads and trinkets for valuable furs. Are we being dazzled by this worlds trinkets and are we ‘paying too much for our whistles’?

The following story was sent to me by P. D. Buford and I feel it is well worth passing on to you:

With a timid voice and idolizing eyes, the little boy greeted his father as he returned from work, “Daddy, how much do you make an hour?

Greatly surprised, but giving his boy a glaring look, the father said: “Look, sonny, not even your mother knows that. Don’t bother me now, I’m tired.”

“But Daddy, just tell me please! How much do you make an hour?”, the boy insisted. The father, finally giving up, replied: “Twenty dollars per hour.”

“Okay, Daddy. Could you loan me ten dollars?”, the boy asked.

Showing his resentment and positively disturbed, the father yelled: “So that was the reason you asked how much I earn, right? Go to sleep and don’t bother me anymore!”

Later, it was already dark and the father was meditating on what he said and was feeling guilty. Maybe, he thought, his son wanted to buy something very special. Finally, trying to ease his mind, the father went to his son’s room.

“Are you asleep, son?” asked the father

“No, Daddy. Why?” replied the boy, rubbing the sleep from his eyes.

“Here’s the money you asked for earlier,” the father said.

“Thanks, Daddy!” rejoiced the son, while putting his hand under his pillow and removing some money. “Now I have enough! Now I have twenty dollars!” the boy said to his father, who was gazing at his son confused at what his son had just said.

“Daddy, could you sell me one hour of your time?

Time with God and time with each other is valuable and once spent for items which perish can never be redeemed. Many times our wives and our children would love to buy and hour of our time.

Think father, when it comes to time with God or your family. Are you spending it for the chrome and the sparlel –are you spending too much for your whistle? Give your son or daughter an hour.