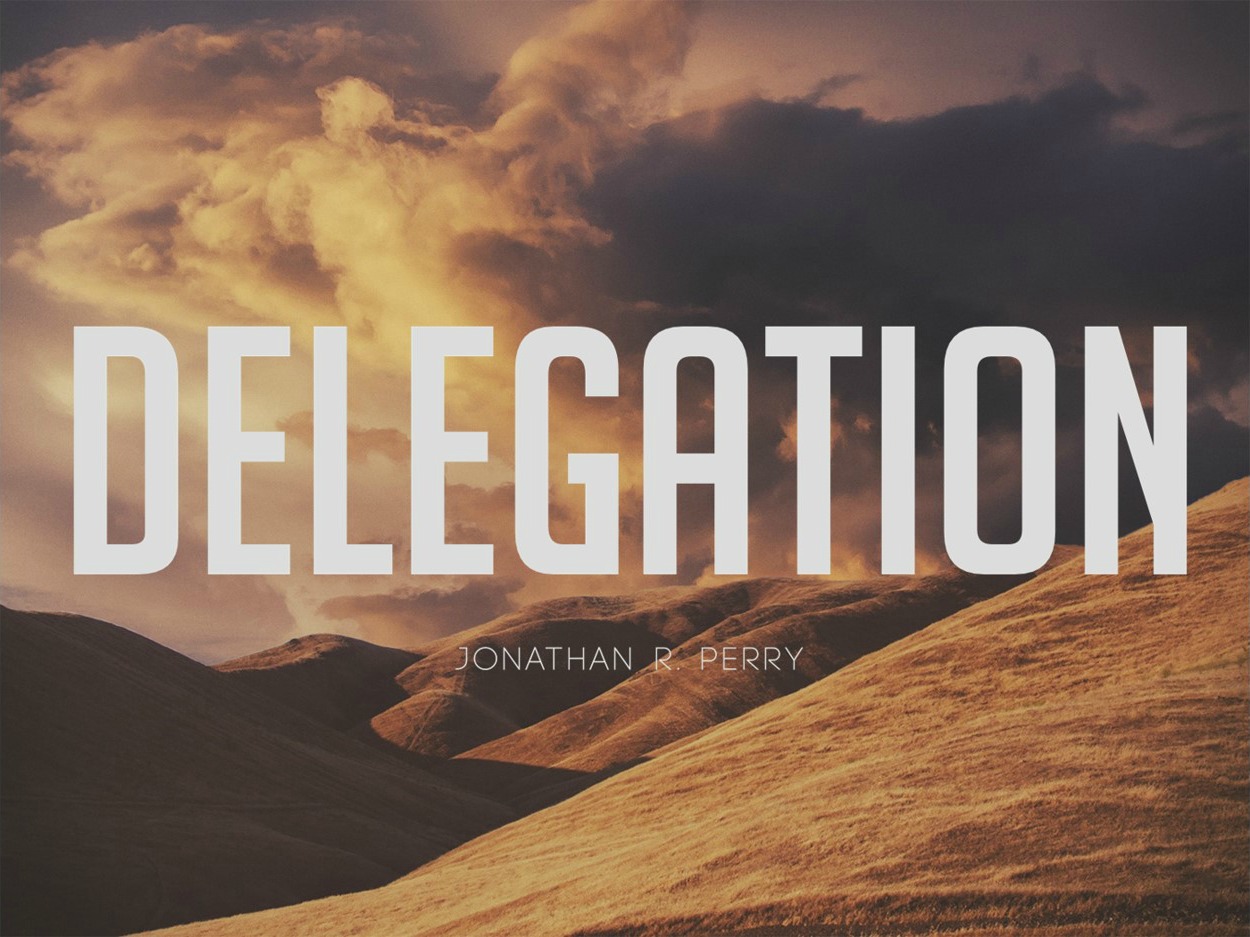 It wasn’t long until I clutched the handles of the lawn mower and embarked on my first “real job.” Over the process of time, my father would instruct me as to how he preferred the grass be cut. Then came the infamous day when he purchased a riding mower. This was a tremendous event in my life… no more walking and pushing. Now I could ride, shift gears and accelerate while cutting the grass. After using the riding mower for the first or second time, my dad escorted me around the yard, pointing out areas of uncut grass and untrimmed edges.

Being concerned of my dad’s displeasure with my job performance, I explained to him that clearly the areas of concern were not my fault. The riding mower just wouldn’t reach those areas.

Now I have boys of my own and they, too, are constantly asking to cut the grass. I reflect back on the entire scenario and realize it would have been much easier for my dad if he had taken care of the lawn himself. Consequently, I would never have learned to carry out the mission satisfactorily.

The Same As Doing Things.

Delegation, though frustrating at times, can propagate great reward. Most often, it is easier for the leader to do the job himself and be done with it. However, a leader is not a leader if he does not educate those that follow. Neither can a follower follow, if the leader does not elucidate.

Jesus, being God in the flesh, had no difficulty fulfilling the ministry to which He was called. In spite of His ample ability, Jesus knew He had only a brief time to accomplish the deed of preparing leaders. This being true, He had to lead by example, and then delegate the ministry to His scholars.

While Jesus and His disciples were crossing the waters, a storm arose.

And a great windstorm arose, and the waves beat into the boat, so that it was already filling.

But He was in the stern, asleep on a pillow. And they awoke Him and said to Him, “Teacher, do

You not care that we are perishing?” (NKJ)

Envision with me, if you will, this scenario. Jesus was asleep in the hind part of the boat. He had given the directions and entrusted the disciples to navigate the boat to the other side. Then came the storm’s fury — forceful gale winds, and crashing waves. The disciples endeavored, by means of their own ability and know-how, to keep things under control, even still, fearing for their lives. They cried out, “Master,” which is to say, “Teacher” or “Mentor,” “Are you going to let us die?”

Jesus had given them perceptible guidance just moments earlier. There was no uncertainty in the inflection of those instructions. He knew without a doubt they were going to the other side. Now a storm arises and the disciples become quite apprehensive about their ability to handle the situation. They question their leader and His concern for their wellbeing. It is at this moment that Jesus takes command of the situation.

At times, it is crucial for a leader to remain quiescent and depute authority to others. However, when defeat is evident, it is then that a leader must be willing to take control of the situation at hand and bring everything to repose. Please notice that Jesus did not blame, belittle, or rebuke. He simply took charge.

This wasn’t the only time in which Jesus got the disciples out of a predicament. In Mark 9, Jesus was on the mountain with Peter, James and John. These three faithful followers of Christ saw Him, Elijah and Moses talking. When the conversation concluded, Elijah and Moses disappeared and the disciples marveled. Peter carefully conceived to build three temples in honor of the wonderful event that had just transpired. Jesus hastily reminded Peter of the assemblage that remained at the bottom of the mountain. As Jesus and the three came down the mountain, they saw the scribes probing Christ’s followers as to why they couldn’t cast out devils. The ministry had been delegated, but there still remained a few lessons to be taught.

A veritable leader will delegate responsibility to those he leads. Although difficult at times to do, the remuneration is most rewarding. Soon after the above incident, Jesus died. He was buried, resurrected, and then ascended. The entire purpose of Christ’s life was given to the disciples.

Of course the disciples had their problems. No doubt they made many mistakes. Unquestionably they encountered numerous obstacles and at times were afraid. Every leader must grasp the insight that people most often are capable of doing the job, and will accomplish the task if they are given ample room for growth.

The Best Executive Is The One Who Has Sense Enough To Pick Good Men To Do What He Wants Done, And Self-Restraint Enough To Keep From Meddling With Them While They Do It. (Theodore Roosevelt)

When I first began my pastorate, I invited a fellow minister and good friend, Jack Cunningham, to preach in our service. I admit, I knew very little about leading a church in the pastoral role. In a few short days he gave me many sound nuggets of advice. I still rely on that insight today.

One of those areas of counsel pertained to delegation.

A plan of delegation

Delegation is the key to building a strong organization of any kind. A “one-man-band” can only play so many songs before he tires out. Through the process of delegation, many people join in and take part. As a result, the music is better, more resplendent, and the song will last longer.

The above article, “Delegation,” was written by Jonathan R. Perry. The article was excerpted from chapter six in Perry’s book, Is There a Leader in the Ship?.