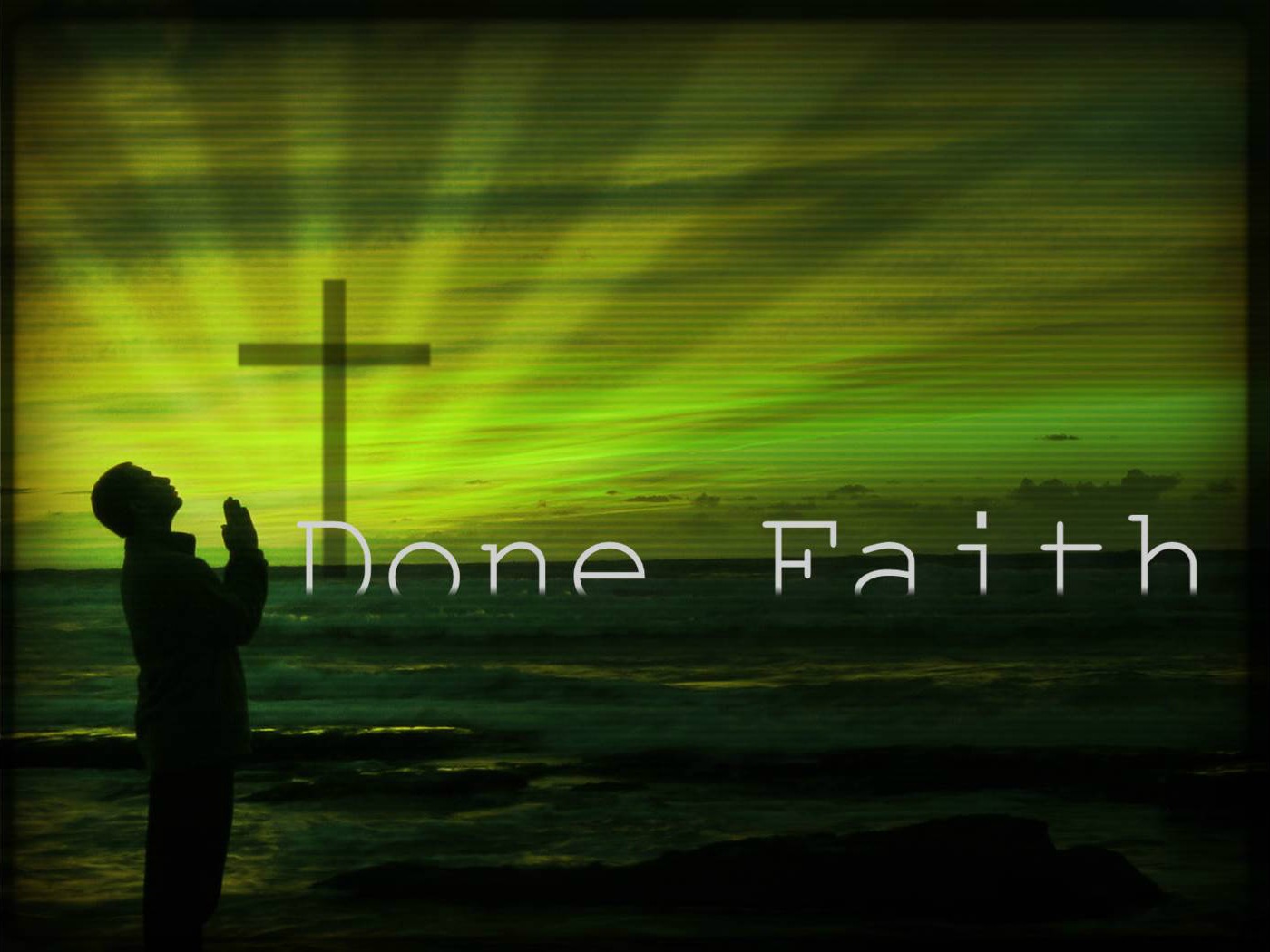 The whole point is this: Elijah called it done before it was done. He spoke it first, and then prayed it into exis­tence. He did not worry that it would not come to pass. He knew that it would come to pass, but he also knew that he needed to pray until it did. We can speak until we are blue in the face, but if we do not pray, it will not happen.

Done faith knows it is done before it is done. When I was about ten years old, several warts came on my hand. There was an older deacon, Brother Hall, that was known to pray for warts and they would go away. One night my mother took me to him and said, “Brother Hall, Joy wants these warts to go off her hands.” He looked at me and said, “Do you believe they will go away?” Innocently as a child, I nodded my head yes and felt inside of me that they had already started going away. He said, “Then they will go away after I pray.” Sure enough! After he prayed and I believed, they disappeared.

Done faith speaks “it is done” when there is no sign. The Bible tells an interesting story about Elijah, a man who operated in the realm of done faith. When King Ahab made a grove for the promotion of idol worship, it pro­voked the Lord more than anything that all the other kings before Ahab had done.

Elijah sensed the Lord’s anger and told Ahab, “As the Lord God of Israel liveth, before whom I stand, there shall not be dew nor rain these years, but according to my word (I Kings 17:1). Notice, he did not say according to word of the Lord; he said according to my word. I do not find where God told him to go tell Ahab this dire news either. He just spoke it, because he walked close to the invisible God and had an understanding of His power.

After he spoke the news, then the Lord spoke to him and told him to go hide by the brook Cherith. There the Lord fed Elijah by sending meat and bread held in the mouth of the ravens, which they deposited in Elijah’s lap. Finally after several miracles and three years later, the word of the Lord came to Elijah, “…saying, Go, shew thyself unto Ahab; and I will send rain upon the earth” (I Kings 18:1). God had not forgotten what his prophet. Elijah, had spoken three years before.

Elijah challenged Ahab with a contest between the prophets of Baal and the one true God. Then all of Israel met at Mount Carmel. When they all arrived at the scene of the contest, Elijah asked them a pertinent question, “How long halt ye between two opinions? if the Lord be God, follow him: but if Baal, then follow him. And the people answered him not a word” (I Kings 18:21).

There was not one ounce of doubt in Elijah’s mind who was God, but there was in the minds of the people. So the big contest began. When Baal could not perform, Elijah took charge again, and there was a mighty manifestation of the power of God as the fire rained from heaven and licked up stones, water, and the altar–so much that the people fell on their faces and cried, “The Lord He is God!”

Notice what Elijah did after the victory. He slew the propagators of doubt and announced to Ahab, “Get thee up, eat and drink; for there is a sound of abundance of rain” (I Kings 18:41). He said it before it was done. All he had to go on was the word of the Lord.