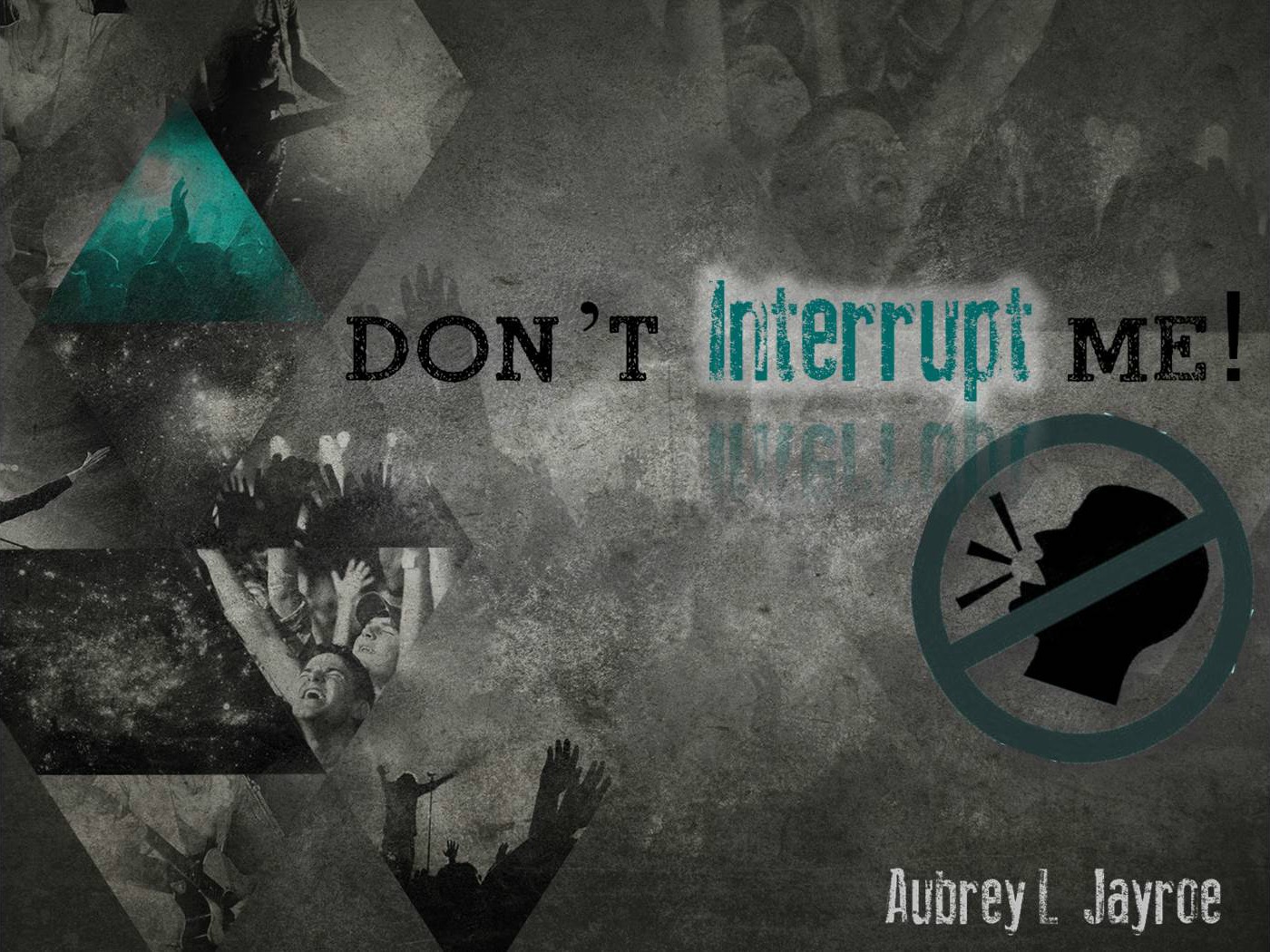 In that same frame of thought, we should not be irritated when God wants to interruptour beautifully, planned services! We can allow our response to God to be that of our response to the normal interruptions of the day…we become irritated and upset! We can feel we have it all planned, but sometimes God knows best.

One of the saddest songs ever written is entitled THE SILVER SPOON. It is the story of a father who never had time for his son while the boy was growing up. The dad had too many things to do, jobs were too important, he was too tired, and, he just did not have time to be interrupted with trivial things the boy needed. As the boy grew older, he married, and moved away. The father now had plenty of time and called his son. The Father asked the son to take time to come home. The boy replied that he was just too busy. It finally dawned on the father that his boy had grown up to be just like him!

We live in a busy world. A recent NEWSWEEK article entitled, “Exhaustion of America” analyzed how busy the American public really has become.    Regardless of our position in life we are much busier than past generations. I remember my grandmother talking to us boys one day about how life was when she was raising a family. I laughed then, but I don’t anymore. She and my grandfather raised    10 children as sharecroppers in East Arkansas during the depression. I remember her telling me about plowing with mules all day or picking cotton all day. They did not have the modern conveniences we have, and in fact did not even have some of the things we take for granted. There was no running water in the house, no inside rest room, and no electricity way back then. I don’t think we could exist today without those basics.

Amazingly at the end of a full day’s work, they got the kids cleaned up in a standard Number 3 wash tub (if you don’t know what a Number 3 wash tub is, ask some of the older folks in your church), hitched up the mules, loaded the wagon, and rode down the dirt road 10 miles to the revival at church. I recall her telling me that this was not only one night a week, but they would do this every night for two or three weeks! And today we have to schedule a revival around our schedules because our schedules are so full. Something’s wrong.

I admire my grandmother. At the time I am writing this, she is still living and even though she is in her 80’s, she still takes an active part in church and attends the Camps at the Arkansas Campground each summer. She never has felt that serving God was an interruption in her life. In fact it has been and still is the most important thing she does (well, she does think it’s important to talk to her grandkids). I began thinking about this and noted the results of her commitment.

She has three sons, several grandsons, and a great-grand son in the ministry. Most of the rest of her family is in the church today. It never should become an interruption in our lives to include God. If it won’t, we will see results well into future generations.

The same can be said for the House of God.  We must remember that we attend the HOUSE OF GOD to worship GOD and be ministered to by the MAN OF GOD. This statement tells me that GOD is the most important thing about the sanctuary!