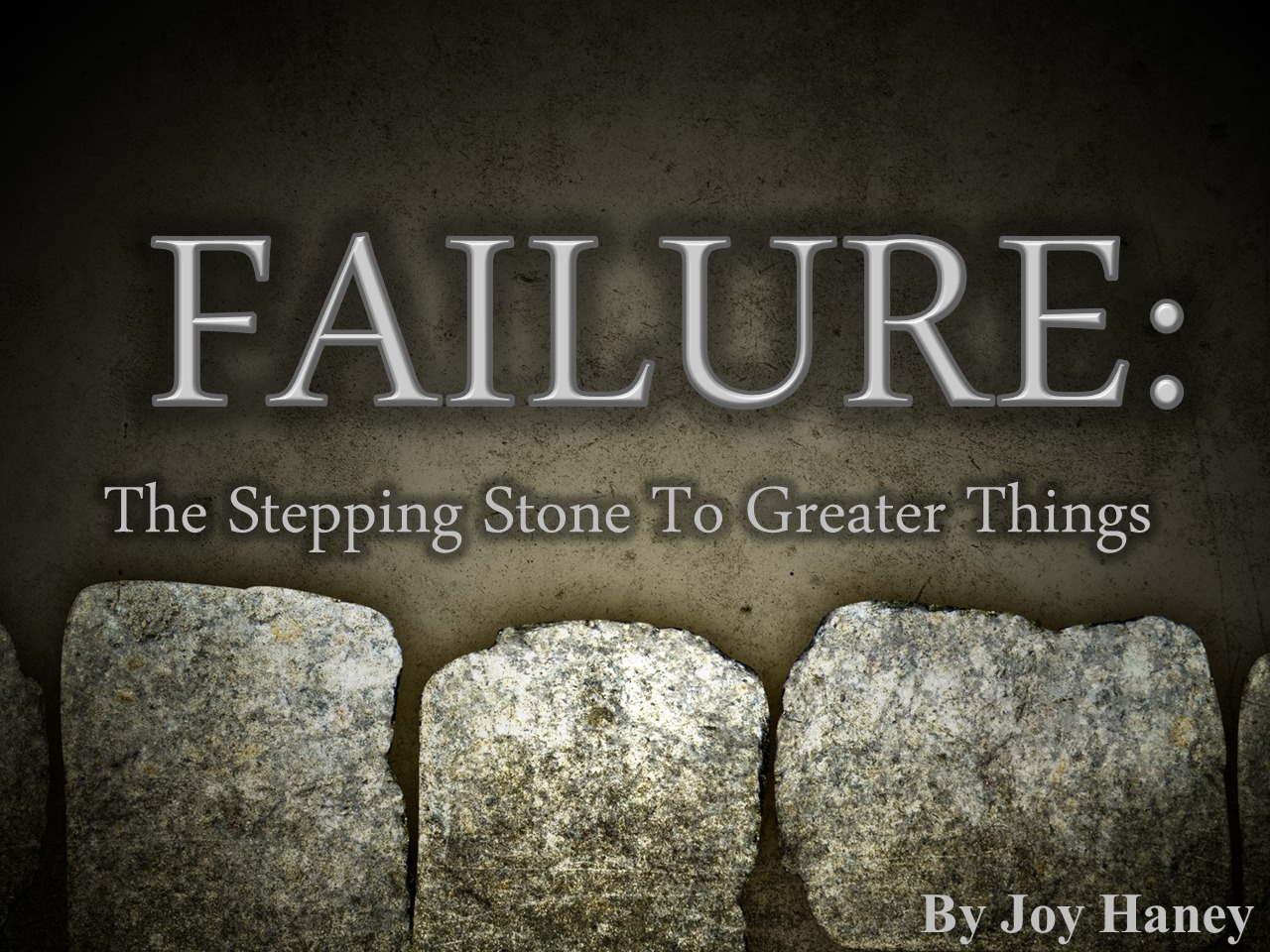 The great preacher, Phillips Brooks, at first failed at what he did. After graduating from Harvard College, he taught school but could not seem to make a go of it and in time was forced to resign his position. Charles Francis Adams wrote that the young man was “humiliated, discouraged, utterly broken down, indeed, by his complete failure at the threshold of his life.” Another biographer, Alexander V.G. Allen says: “It was a catastrophe, complete, final, and humiliating. The headmaster offered consolation to Brooks after his discomfiture in the remark that he had never known anyone who failed as schoolmaster to succeed in any other calling. It was an event calling for comment among a large circle of acquaintances, who had expected great things.

“But I have prayed for thee, that thy faith fail not” (Luke 22:32). Jesus knew Peter was going to fail Him, but He was more concerned about his faith than his failure. Peter did fail and wept bitterly, but he did not give in to self-pity and defeat. Instead he strengthened his faith and became a mighty apostle in God’s kingdom.

Failure does not mean that all is lost or that life is over. It just signifies that one part of life’s venture is finished, but a whole new future is waiting for those who just get up and start over. It is now time for new plans and schemes or even a polishing of old dreams. Failure can be the best thing that ever happened, for it is through tears and hardship that one can see further that’s when the bright lights dim his vision. There is always tomorrow, always a fresh start, always a new day in which to look forward.

When all else is lost, the future still remains. – Christian Nestell Bovee (1820-1904) American writer

The end many times is just the beginning of something better. The lesson learned from a venture failed is priceless knowledge for future investments and actions. Most successful people fail more than once, sometimes many times before they succeed. It has often been said, “Today’s success was twenty-five years in the making.” And in those years, there were failures, heartaches, and disappointments, but those failures did not rule life. They were never the end; they were only the beginning.

The world is round and the place which may seen like the end may also be only the beginning. – Ivy Baker Priest (1905-1975) US Treasurer

The first attempt of David Livingstone to preach ended in failure. “Friends, I have forgotten all I had to say,” he gasped and in shame stepped from the pulpit. At that moment Robert Moffat, who was visiting Edinburgh, advised David not to give up. He suggested perhaps he could be a doctor instead of a preacher. Livingstone decided to be both. When the years of medical study were done, he went to Africa.

Livingstone, born in Scotland in 1813, was one of the most popular national heroes of the nineteenth century. He became a successful medical missionary and explorer in South Africa. Even if it seems like life’s opportunity is over, just have patience, for patience in any venture will bear fruit. It just takes time for things to come to fruition. So do as the poet said: dry the eyes, get up and begin again.