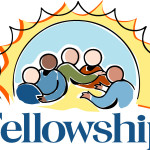 “Fellowship is the glue,” Missionary Mark Shutes told my cousin John and me. It was 2003, and
I was a recent graduate going into full-time missions ministry as a furlough replacement. He explained, “If there’s a connection, and people are receiving you, their hearts are open. They’re receiving the One who sent you. With wisdom you want to plant a seed in that open heart. You begin with fellowship. It’s the glue. Start a Bible study. See them born again. From three or so Bible studies, start a home group. Don’t begin by presenting it as a home group, but as bringing several couples together to have fellowship.” At every step of the process, fellowship is vital to lasting discipleship. If people don’t feel like they belong, their agreement with doctrine alone is not always enough to sustain them as church members.

During those six months, John and I began leading two existing home groups during the week. Neighbors and acquaintances began attending. The church was less than a year old, and there was a strong sense of enthusiasm in the air.

One Sunday after service in our rented hotel conference room, an Apostolic grandmother who traced her roots back to Andrew Urshan and who had survived Communism came to me in tears. She begged us to come to her daughter’s apartment to minister to her daughter and her grandchildren. Soon, a third home group was established.

I baptized two young people from those three groups, and John prayed one of them through to the Holy Ghost during a home group meeting in someone’s living room. It was an awesome introduction to what would become my future family’s field of ministry, and I was hooked. The glue of fellowship, it seemed, and all that it led to, had captured me.

Fellowship is simply relationship building. Our fellowship with God includes spending time with Him, communicating with Him, and learning about Him. Fellowship with people we are trying to reach is very similar. The wonderful, sensational stories of strangers simply being drawn to a church service without any effort by believers tend to be the exception to the rule. More often, souls are won through the investment of time, effort, and relationship.

In his book Growing a Church, David Bernard calculated the percentage of people won to the Lord through several evangelism means. Even more significant was the percentage still retained two years later from each group. In both cases personal relationships were the means that contributed most to the growth of the church. Jesus said, “I chose you and appointed you that you should go and bear fruit, and that your fruit should remain” (John 15:16, NKJV). Nothing can substitute for relationships, especially in the long term. Fellowship builds churches.

The very beginning of the church set the standard, and part of that recipe included, “And they continued steadfastly in the apostles’ doctrine and fellowship . . . breaking bread from house to house” (Acts 2:42, 46, NKJV). Continual fellowship is part of the apostolic pattern. We understand that no man is an island. “Two are better than one” (Ecclesiastes 4:9), and we are instructed that we should not be found “forsaking the assembling of ourselves together” (Hebrews 10:25, NKJV). The whole point here is to be unified in love and to enable growth as a body of believers.

Fellowship works on a micro level here in Estonia between my neighbors and my family. Halfway through this last term we were able to start a new home group in our own home. Our neighbor across the street joined our language tutor and a few other unchurched friends around our coffee table. Then we had to move. The first year in our new neighborhood we invited neighbors from three streets to come to our Christmas party and had a house full. One previous neighbor even drove his family all the way to the new location. I had neighbors fill out a questionnaire about future Christmas parties as well as whether or not they would be interested in a community Bible study or Sunday school. When things finally progressed from inviting new neighbors to our new home to the point where two families actually invited us to their home, we really started getting to know each other. My hope and prayer is to build on that fellowship and begin a new neighborhood Bible study, and eventually a home group.

It also works on the macro level, where local Apostolic churches join together for evangelistic efforts. For it to work over the long term it has to be based on a real relationship with all the trust, communication, commitment, and warmth one would expect to accompany it. With General Conference taking place this month, I am reminded of the associated feeling I always had growing up as a missionary kid. The infrequent yet repeated trips to attend conference over the years felt to me like returning to a family reunion.

And in the end, it really is. From the local home group to the global church, we are meant to function as a whole—all of us adopted into God’s great multiracial, multilingual family. Just as we can pinpoint the familiarity level and bonds of love that separate a healthy family from just another group of people, the level of time shared and love established sets the church apart from the world. Relationship is what works together with God’s salvation plan to stick it all together. Fellowship is the glue.

The above article, “Fellowship and Evangelism,” is written by Nate Turner. The article was excerpted from the July-September 2014 issue of Forward Magazine.