Give Me Your Children 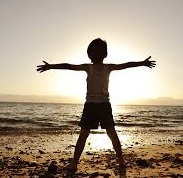 And the king spake unto Ashpenaz the master of his eunuchs, that he should bring certain of the children of Israel, and of the kings seed, and of the princes; Children in whom was no blemish, but well favoured, and skilful in all wisdom, and cunning in knowledge, and understanding science, and such as had ability in them to stand in the kings palace, and whom they might teach the learning and the tongue of the Chaldeans. Daniel 1:3,4

A few weeks ago, the school buses rolled for a new year in the public schools all across America. As I saw those old yellow buses, I felt homesick for the little kids who used to meet me with a hug in the halls of the schools that I was the Principal for 20 years.

A feeling of dread and apprehension also came over me. Parents and children come with so much expectancy for an education that promises so much – yet delivers so little. Many come so open and eager, and leave after twelve years so closed and damaged.

Nebuchadnezzar besieged Jerusalem, defeated it, sacked the temple and took the golden Holy vessels from Jerusalem to Babylon. He also scattered the skilled men and took the best of the children back to Babylon to train them as leaders in his kingdom. Notice, he targeted that which was holy – scattered the men and compromised the children. Satan is using the same tactics today.

Satan’s goal is to indoctrinate our children and change their language. He wants to take our holy vessels to his temple. Satan is attempting to break up our marriages and scatter our families. Even the institution of “marriage” itself is being devalued. A front page New York Times article reported that more than half of births to mothers under age 30 occur out of wedlock. Children still need both parents.

Childhood has disappeared with the advent of the media. Children are now seeing and experiencing things that would cause most adults to blush. Respect for intimacy and sex within marriage is out of vogue. Respect for human life is sacrificed on the altar of “women’s rights” to be selfish. God is banished from our courts and from our schools.

Satan is after our best. He wants the children of the King of Kings. He wants our innocent children – children without blemish, well favored, skillful in wisdom and cunning in knowledge. He wants those amongst us who are intelligent and have the ability to stand before kings. Satan is trying to subvert them by teaching them the values and the language of this culture. He wants to educate them away from their family and their church and so making them question their faith and their values.

In the 1940’s and 50’s, the men were at war and the women left the homes to work in the armament factories – leaving the kids without supervision. In the 1960’s, the courts took the Bible and prayer out of the schools leaving a “values vacuum.” The curriculum rejected the creator and substituted evolution and humanism. Absolutes and the “ten commandments” where relegates out, as old fashioned. The colleges turned out teachers who were trained and agreed with all of the above.

So, Satan captures the minds of our children by breaking up our families, invading their cell phones and infiltrating their Public Schools.

Do you want to send your precious little vessels there?

The above article, “Give Me Your Children,” is written by David Reynolds.