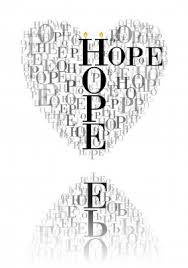 In my lifetime I have witnessed the moral decline of North America. I remember when society’s core values were shared with the church. Those days have long passed. I also remember when a godly lifestyle could more easily be navigated by classifying places and things as unwholesome—and rightfully sound avoiding them. And while I am an advocate for avoiding places and things which are fundamentally opposed to Christian values, only a strict monasticism could fully implement a place/thing ethic today. We now live in an era of convergence where the things and places which are ungodly are so pervasive, to avoid all would be to retreat from society, and this would result in a forfeiture of our calling to mission and witness.

And the landscape has changed. We are no longer battling the good old-fashioned vices of booze and women and shoot-’em-up movies. The moral issues of our day are cutting to the quick of our existence and identity as human beings. There is a frontal assault on humanity. Earlier this year Belgium passed a law approving child euthanasia. (Belgium and the Netherlands both have legal adult euthanasia.) Two scholars recently argued in the Journal of Medical Ethics in favor of after-birth abortions for the same reasons used to justify pre-birth abortions. The Supreme Court of the United States has refused to hear an appeal from Christian photographers who were fined and admonished by the New Mexico Supreme Court for declining to work a same-sex ceremony. Notre Dame, a Catholic university, denied official recognition of a student group that advocates traditional marriage. (This is a random sampling. There are countless examples.)

If you have kept up with the news you know the battle over legalizing same-sex marriage and rights for gays and lesbians has been lost in the public square. The left has already moved the debate to issues of gender identity: cross-gender, transgender, bi-gender, and all sorts of other perverted distortions of the image of God. The debate about homosexuality is in the rearview mirror. There also have been discussions in academia about normalizing incest and classifying pedophilia as a “disorder.” (This was the same path homosexuality took. Once accepted as a disorder— something beyond the person’s control—it then became normalized.)

The startling truth is this: conservatism is unsustainable in a free society unless it is inspired and sustained by revival. Given a choice, unregenerate humans will always choose wrongly, a pattern which begins in Genesis 3. Not only does the witness of Scripture bear this out, religious history since the New Testament has shown us that the “Christian nation” idea has never worked. Constantine tried it throughout the Roman Empire. Western Europe tried it in the Reformation. The Puritans and others ran from this setup as quickly as they could and tried to re-invent the idea in the New World. And while the United States has been arguably the most successful experiment to date, in the history of the world the United States is but an adolescent, and already the intent of its founders and the commitment to godliness has deteriorated until unrecognizable. We have seen great revivals, but these were primarily among people of Christian belief with a shared morality. We are no longer a Christian nation in the strictest since, and we certainly do not have a shared morality. And what passes for Christianity in many instances is fundamentally different from the values of the founders. Many of them were deists, not devout Christians, but even so, their morality and commitment to the Bible were more robust than much of Christianity today. Godliness cannot be legislated.

Despair could easily be the order of the day, especially if the fabled small-town America is the vision and if patriotism is our ultimate commitment. So where does this leave us and what shall we do?

Remain optimistic. If our primary identity is Christian, and if our primary occupation is to be ministers of the gospel, then we have every reason to be optimistic. The early church lived in a pagan society and saw tremendous revival. Jesus promised that the gates of Hell (Hades, death) would not prevail against the church. The church will be triumphant whether it shares moral values with society or not. The church’s success is not contingent on the moral condition of the world around it. Although we may have a deeply rooted affection for the great nations of North America, these political identities are not synonymous with the kingdom of God.

Act when possible to affect society in a positive way. To have a voice in the public square and yet refuse to speak is to be morally culpable. Christians should exercise their civil and legal rights to the extent necessary to affect positive change in society. This includes but is not limited to voting. If Christians had not rolled over and played dead—actually, I don’t think they were playing—we would not be in the mess we are in. I wish we had prayer in schools, but this is not the problem. The problem is we don’t have prayer in homes.

If we prayed at home, we would pray at school. How is it we have come to expect politicians to legislate the Christian disciplines? The demise of these cultures rests squarely at the feet of a modern (postmodern?) Christianity that is decrepit. The professors, judges, and politicians who so often provoke our angst were raised in American homes and often worshiped) in American churches.

Maintain biblical values. The deterioration of our society should in no way deteriorate the church’s commitment to holiness. Although the provisions of the past may not be effective in today’s world, we still must maintain principles of godliness. Unwholesome media is still inappropriate no matter the device on which it is delivered. And if there are places or things which can be identified as fundamentally unwholesome—like a movie theater, public swimming pool, water park, or bar—we should avoid them. Because ungodliness is pervasive does not mean it is acceptable.

Create an alternative culture. We need a point of reference, a standard by which we can recalibrate our lives and thoughts. We need to continually be reminded what normal really looks like. Accordingly, the community of believers is of utmost importance. The writer of Hebrews urged the early Christians, “But encourage one another daily, as long as it is called Today, so that none of you may be hardened by sin’s deceitfulness” (3:13, NIV) and “let us consider how we may spur one another on toward love and good deeds. Let us not give up meeting together, as some are in the habit of doing, but let us encourage one another—and all the more as you see the Day approaching” (10:24-25, NIV). Not only is local church attendance essential for Christians, fellowship between churches is crucial. We need to be connected to the body of Christ intimately. Specialized ministry to children, youth, young adults, and others is a way to provide a haven of hope as we navigate our way through this untoward generation.

Be filled with the Spirit. Merely gathering for moral discourse will neither empower us nor convert sinners. The Bible is not a moral code book intended for debate. It is the revealed will of God intended to lead us into a trans-formative relationship with God. The result of studying the Bible should be a Spirit-filled life. We must be Spirit-filled, and the Spirit must move freely in our services with demonstration and power. Anything less is part and parcel of the problem.

I lament the decline of Western civilization. However, my hopes do not rest in the condition of an earthly nation. If our whole nation regrettably crumbles in the newspapers tomorrow (does anyone read newspapers anymore?), I would still be a minister of the gospel, and I would still have a life-long calling, and I would still be a dealer of hope. But I am not that fearful. I think we just as easily could see the rise of a great revival reported on social media in the morning. #carryon

The above article, “Hope Remains,” is written by Rodney Shaw. The article was excerpted from Forward Magazine.