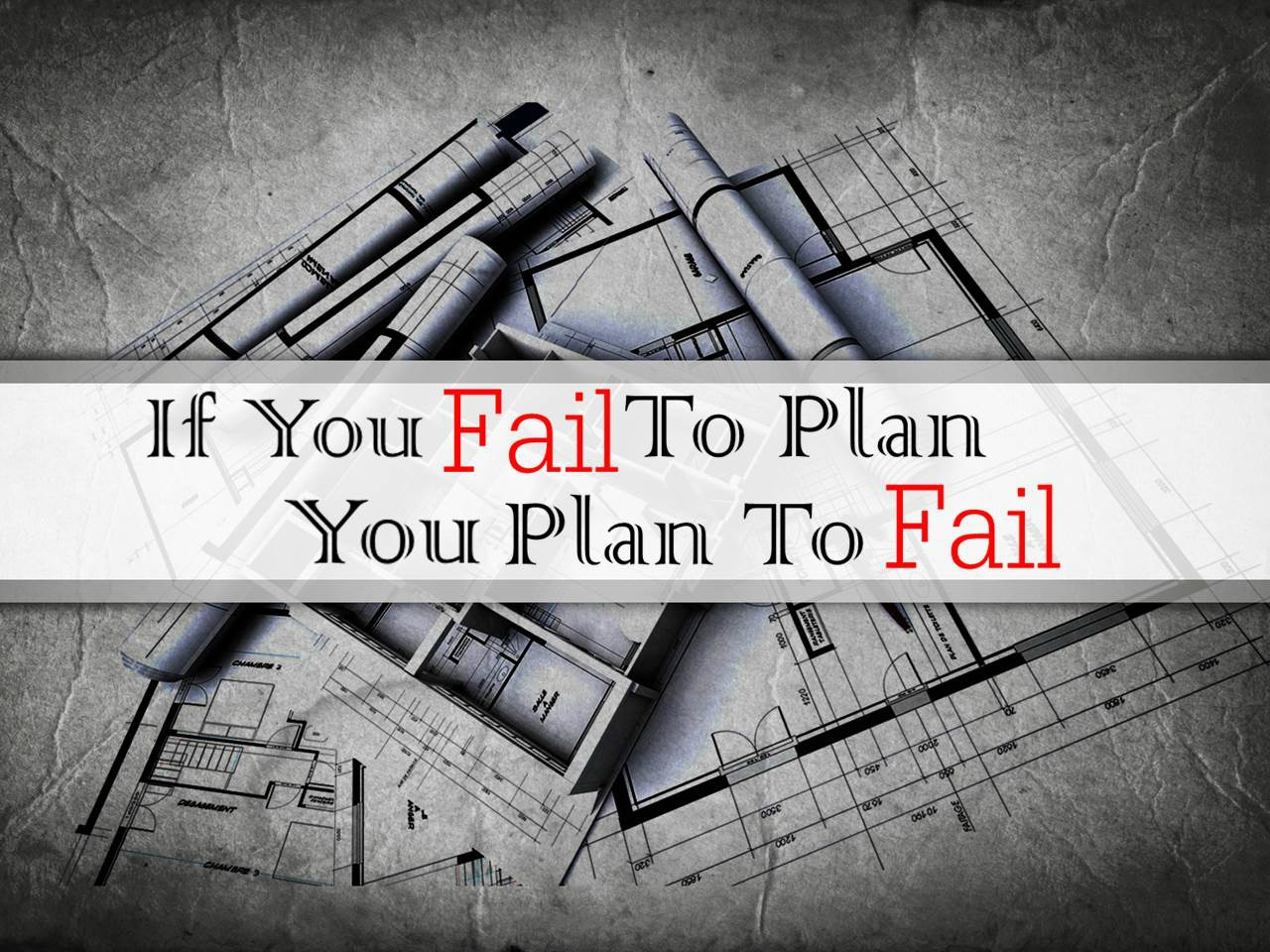 Failure is defined as omission of occurrence or performance; specifically: a failing to perform a duty or expected action. Leaders who fail to plan have already planned to fail. There’s a saying we use in the military, called the six “P’s”: Proper Prior Planning Prevents Poor Performance.

Any leader who will not plan has already set up himself and his troops for failure. Planning is no more than developing an outline of what you desire to see accomplished. It should include: who, what, when, where, and why. Some leaders may say, “I don’t need a plan to get done what I want to happen.” Attend anything held by leaders with this attitude and see that the end results will reflect a lack of planning. When people have no idea as to what is going on and there is no structure, failure is imminent.

When invited guests have no advance knowledge of what is expected of them, they are left to second‑guess what they are to do and they naturally become frustrated. Leaders who feel they don’t need a plan should review the Word of God again. God had a plan when He created the earth; He gave Noah the plan to follow when building the ark. He gave Moses the plan when it was time to lead the children from Egypt and again when building the Tabernacle in the wilderness. Scripture says, “See that you do all things according to the pattern” (Hebrews 8:5, paraphrase mine). Jesus made mention of a plan when He said, “For which of you, intending to build a tower, sitteth not down first, and counteth the cost, whether he have sufficient to finish it? Lest haply, after he hath laid the foundation, and is not able to finish it, all that behold it begin to mock him, Saying, This man began to build, and was not able to finish. Or what king, going to make war against another king, sitteth not down first, and consulteth whether he be able with ten thousand to meet him that cometh against him with twenty thousand? Or else, while the other is yet a great way off, he sendeth an ambassage, and desireth conditions of peace” (Luke 14:28-32). Jesus in essence was saying, “If you fail to plan, you plan to fail.” A blueprint is a plan of what you want to see done correctly.

Leaders at every level need to plan consistently. Any time you are given a task to do, you need to develop a plan. Sometimes, if you listen to combatant commanders, you will hear them make mention of “the plan.” They will say, “We have a plan, and we are sticking with the plan.” When General Norman Schwarzkopf was interviewed on the quick success of Desert Storm, he said, “We had a plan, and we stuck with the plan.” Battlefield commanders know that if you have trained to a certain plan and then get on the battlefield and change the plan, without a backup plan you are doomed for failure. There is nothing wrong with having a backup plan in the event your primary plan fails. As Jonathan said unto his armor hearer, “Behold, we will pass over unto these men, and we will discover ourselves unto them. If they say thus unto us, Tarry until we come to you; then we will stand still in our place, and will not go up unto them. But if they say thus, Come up unto us; then we will go up: for the Lord hath delivered them into our hand” (I Samuel 14:8-10).

For every plan “A,” you should also have a plan “B.” Your “B” plan is to be used in the event something falls short on your “A” plan. However, keep in mind the importance of communication as we discussed before. Your subordinate leaders and troops must have a clear understanding when you decide to change from plan “A” to plan “B”; otherwise confusion and chaos will run amok in your operation.

Leaders must always plan for the unexpected. Remember, it wasn’t raining when Noah built the ark.

This article “If You Fail to Plan, You Plan to Fail” was excerpted from: A Reflection of the Man In the Mirror by Rufus Parker. It may be used for study & research purposes only.

1 thought on “If You Fail to Plan, You Plain To Fail (Entire Article)”