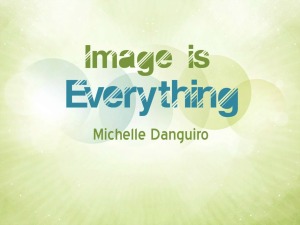 “The soul without imagination is what an observatory would be without a telescope.”
Henry Ward Beecher

God made us to be imaginative beings. We create pictures in our minds. We daydream while we’re awake and dream when we’re asleep. We have visions. These abilities are God-given and can be used for His glory. But they can also be misused and distorted.

The image that God has given of Himself is the man Christ Jesus. No animals, no plants, no created things to worship. Just Him. Why did He do that? Because He’s not an animal or a plant or a created thing. He’s God. He’s not going to represent Himself as something that He’s not.

We are to be the image of Jesus in the world today. Our words, our actions, our thoughts, everything about us should point others to Jesus. But how can we be the image of Jesus if the images in our minds are contrary to Jesus’ purposes? In her book The Control Trap, Barbara Sullivan writes, “Whatever dominates your conscious thought will control your emotions and your actions.” The things we think about, the images we create in our minds, those are the things we will live out in our actions.

The Mind, the Battleground

We’ve talked about how television emanates artificial light, but how does that light become an image?

If you look at your TV up close, you’ll see that the “picture” on your screen is actually an immense number of colored dots. But as you back away from the image, the dots merge into one picture. Our eyes collect all of the little colored dots created by the glowing phosphors, and, once the dots are inside our heads, we create the image. This continuous stream of images-30 distinct images per second projected onto our retinas—makes television seem like motion pictures.

The light becomes an image because the television creates the light and then we create the image. Television technology is pretty incredible, but what effects do these images have on our minds’?

The Free Flow of Images

Once the TV’s on, there’s no stopping images. They pour out of the set at their own pace, and we have no control over them unless we turn the set off. We may control the content—we’ll change the channel if something offensive comes on but we cannot control the images, their pace, their creation, their effects. Some broadcasts, especially foreign broadcasts, have a slower pace than others. Sesame Street has been specifically designed to have a fast pace, averaging a new cut every 30 seconds to hold the attention of young viewers. Certain MTV spots have an image pace so fast that it makes Sesame Street look like it’s in slow motion. Though the pace may differ from program to program, we do not control it. If we watch it, we take it as it comes.

Newspapers, on the other hand, don’t do that to us. When we pick up a newspaper or magazine, word images don’t begin pouring into us. We control the flow of information because we decide the reading pace. We can skip over sections, we can reread sections. We can stop and think about what we just read without missing other information. We are in control of the medium. Radio splits the difference between television and the print media in that the audio pace is out of our control, but the visual images we create are our own. We aren’t dictated to on both counts.

The literal meaning of the word “influence” is “to flow into.” Webster’s defines influence, “to affect or alter by indirect or intangible means: to sway; to have an effect on the condition or development of; to modify.” A perfect illustration of this word is the free flow of images from TV to brain. The images are the influence, flowing continuously from TV to viewer. Influence is inherently different than impact, which refers to a sudden forceful contact. Influence is gradual and continuous; impact is instant and forceful. The difference between influence and impact is the difference between watering your plants every day and dumping a bucket of water on them. Which makes plants grow?

In his book Dumbth, Steve Allen colorfully sums up the difference between television’s influence and impact:

Among the causes of the diminution of our intelligence is some 40 years of television watching. I have described most commercial television as junk food for the mind. The point is not that watching just 30 minutes of reruns will make a little piece of your brain fall out of your left ear. This will not happen, any more than eating a piece of white bread will make your tooth fall out. But 40 years of eating mostly white bread, white sugar, or the equivalent will cause you physical harm. And 40 years of watching television of the most mindless sort must have a destructive effect on the intelligence.

Much of the time, people defend television on the basis of impact. There are no obvious, immediate effects. But they don’t think about the cumulative effect that years of television watching have on viewers. They forget the influence.

Television: The No Brainer

The continuous stream of images from the television set sends the human mind into a passive state of acceptance in order to assimilate them. The result is a “trance-like fixation” on the television.

We see a video maybe once a month, and I see how my daughter is glued to it. I’ll ask her if she wants to go outside and play, ride her bike, go to Kmart, play with her toys, all the things she loves to do, and she ‘ll say “uh-uh,” still looking at the TV It’s like it had control. Like a hand had reached out and grabbed a hold of her. You could see it in her face. A lost-in-space look, a trance. Her mouth will be open and she’s totally focused on every word that’s said. It made me sick to see her in that state. When we break her focus from the TV she’s our daughter again. And the only things she’s ever watched have been kids’ movies. Walt Disney, and stuff like that. Jamie, father of a three-year-old

A 1975 report put out by researchers at the Center for Continuing Education, Australian National University at Canberra found that television viewing decreases vigilance, the state of mind that prepares us for action.

This is in no way ironic when we are told by the apostle Peter to be sober and vigilant. Why? “Because your adversary the devil walks about like a roaring lion, seeking whom he may devour” (1 Peter 5:8). Why is it not surprising that habitual television viewing decreases our defenses against the devil? Whose idea was this box, anyway?

Images: Crazy Glue for the Mind

The good and bad thing about images is that once they get stuck in our brains, we just can’t get them out. With the exceptions of illness and trauma, they’re in there forever. Picture John F. Kennedy for a moment. Now totally erase him from your memory. It’s impossible. But have you ever met JFK or seen him in person? I haven’t. The image I have of him in my mind is totally media based. Yet it will never go away.

How many times has something popped into your mind, an image from the past, that you wished you had never seen? I know people who used to watch graphic horror movies who now as Christians wished they had never laid eyes on them because the images are still tucked away in the back of their minds. We must be extremely careful about which images we allow into our minds and the minds of our children.

Because of this image flow, the television set is not like a grocery store. We don’t have the power to pick and choose our influences from the TV set the way we can pick and choose the food we want to eat. We don’t decide what content will influence us how, when, and to what extent the way we decide to buy Campbell’s Soup instead of Oodles of Noodles. We are reasonable. We control our behavior, but we can’t control the entrance and permanence of images unless we turn the TV off.

Unless an image is blatantly offensive, most people just won’t bother to change the channel. And once a blatantly offensive image flashes across the screen, it’s too late. It’s already been seen. And even though the impact of seeing a particular image may not change our behavior, it has left a permanent imprint in our minds that gets filed away and involuntarily retrieved at later dates.

If we will eventually become what we think about, then we must be very selective about what we feed our minds. If we are what we eat, then most television programming is nothing more than, as Steve Allen called it, “junk food for the mind.” And although one candy bar now and then isn’t going to kill us, 10 candy bars a day just might. Likewise, a single TV show may not kill us spiritually, but four hours of television a day probably will. And even one half-hour show can scar the mind with ungodly images that will last a lifetime.

Should we squeak by with passable, “neutral” television images or should we be searching for positive, godly images? If we can’t find them on TV, then we need to look somewhere else.

The above article, “Image is Everything” is written by Michelle Danguiro. The article was excerpted from the seventh chapter of Danguiro’s book Powerful Effects, Powerful Choices.

1 thought on “Image Is Everything”