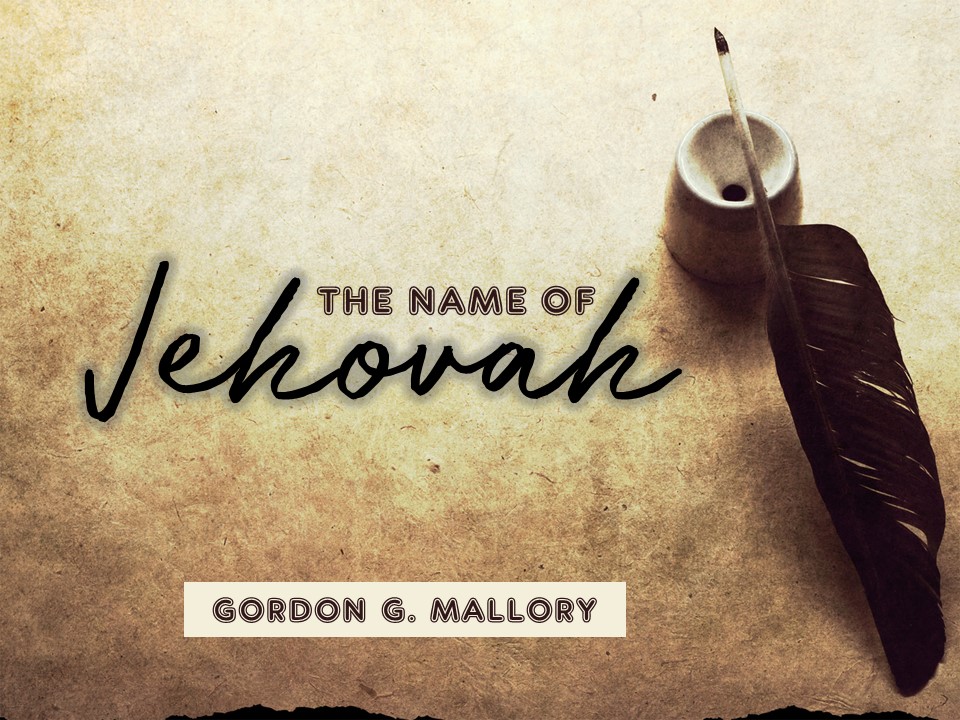 The Name of Jehovah

Our texts are generally quoted from the Kin James or the Authorized Version of the Bible. It will be noted, however, that where God’s Old Testament Name Cs involved, the verses are taken from the American Standard Version (ASV).

We now quote from the preface to the English Revised Version; “It has been thought advisable in regard to the word ‘JEHOVAH’ to follow the usage of the Authorized

Version, and not to insert it uniformly in place of `LORD’ or `GOD,’ which when printed in small capitals, represents the words substituted by Jewish custom for the ineffable name…”

From the preface to the American Standard Version we quote; “The change first recommended in the Appendix — that which substitutes ‘Jehovah’ for ‘LORD’ or `GOD,’ — is one which will be unwelcome to many, because of the frequency and familiarity of the terms displaced. However, the American Revisers, after a careful consideration, were brought to the unanimous conviction that a Jewish superstition, which regarded the Divine Name as too sacred to be uttered, ought no longer to dominate in the English or any other version of the Old Testament, as it fortunately does not in the numerous versions made by modern missionaries.”

The information, which we have taken from both the English and the American Companies, reveals to us that they were unanimous in their conclusions that, for the reasons given, the proper rendition of the Hebrew `Yahweh’ is Jehovah. However, the English scholars failed to follow through for fear of adverse publish reaction, while the American scholars chose to correctly translate the Name of Jehovah in the American Standard Version.’