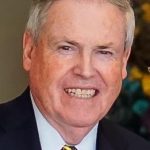 So reads a faded sign on the side of the highway. Giving some thought to that sign after passing it a few times during my life I have found out that the message on the sign is anything but irrelevant. It is the one great Hope of humanity and the most important Promise that God gives to those who have given their lives to Him.

“Let not your heart be troubled: ye believe in God, believe also in me. In my Father’s house are many mansions: if it were not so, I would have told you. And if I go and prepare a place for you, I will come again, and receive you into myself; that where I am, there ye may be also:’ (John 14:1-3 KJV)

The Rapture is the term used to describe the moment when Jesus Christ will return to the atmosphere above the earth to snatch His believers off of the face of the earth and take them to heaven. Jesus’ promise was given to us (the church) as a hope to live for.

Revelation 1:7), and then his feet will touch the ground just as it clearly states in Zechariah 14:4, “On that day his feet will stand on the Mount of Olives … ”

The “coming” of Jesus for the purpose of taking his believers (bride) to heaven will occur at an unknown day, while the Second Coming of Jesus to the earth to set up the Messianic Kingdom will occur at a known day, precisely at the end of the seventieth week of Daniel. Jesus Christ “ill come when life is going on as normal and the world is unsuspecting.

Peter and Paul both connected the “day” in which the “Lord will come” that Jesus referred to, with the Day of the Lord, using the same “thief in the night” metaphor. Paul says not to worry about “times and
dates” when it comes to this unknown day, and Peter tells believers not to be discouraged if it seems that the Lord is slow in keeping his promise to come back for us. The time of “tribulation” began with the creation of the church in the first century; the time of “great tribulation” begins when the Day of the Lord begins after the Church is taken out of this world.

Rev. Dan L Cox is the Pastor of the United Pentecostal Church in Warsaw, Indiana, and Editor of the Indiana Apostolic Trumpet.