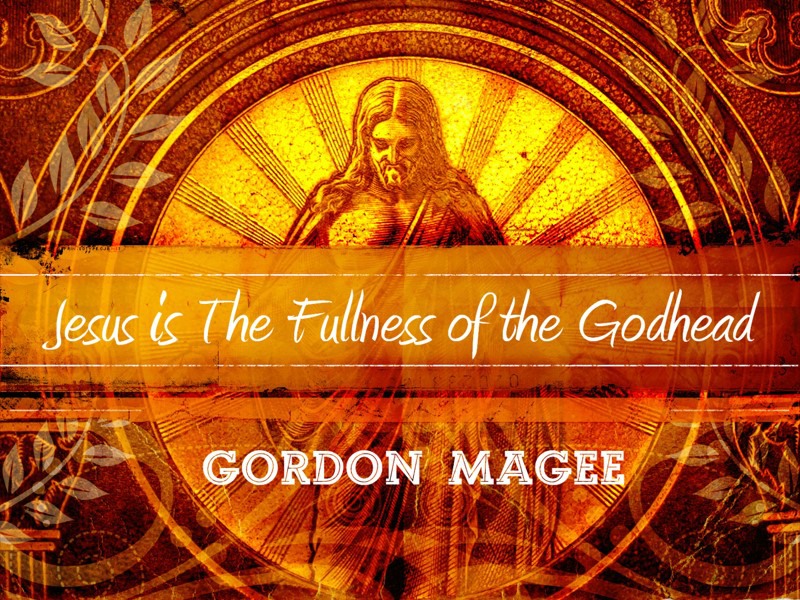 The Hebrew word Elohim is translated “God” in our Bibles. It indicates a plurality of attributes and not of persons. Baal (Judges 6:31) and Baalzebub (II Kings 1:2) are called Elohim but they were not trinities. Great Bible teachers such as Calvin have ridiculed the notion that this word affords any support for a belief in a plurality of divine persons.

In this section we will briefly answer some common objections to the scriptural teaching that all the fullness of the Godhead dwells in Jesus Christ.

Trinitarians argue that this verse shows a trinity of divine persons, but the verse immediately following says, “God created man in his own image, in the image of God created he him.” We should note the use of the singular personal pronouns. John 1:3, 10 makes it clear that creation was the work of one divine person. “The world was made by him” [Jesus]. Isaiah 44:24 is crystal clear on this point. God speaks in the first person and says, “I am the LORD . . . that spreadeth abroad the earth by myself.” Could language be plainer? Creation is the work of one divine person only. (See also James 2:19; Malachi 2:10.)

Angels were present when God made the world (Job 38:7), and they applauded His creative acts. Jehovah converses with angels (Psalm 103:20). The Jews have always believed that the “us” of Genesis 1:26 refers to God and the angels. Man is certainly made in the likeness of angels (Hebrews 2:7). Indeed when angels appeared in Bible times they were often simply called men (Acts 1:10).

A careful study of Genesis 3:22-24, where the “us” again appears, reveals that God is addressing the cherubim or elect angels who, together with Himself, “know good and evil.”

“Us,” relative to God and the angels, is seen again in Genesis 11:7, where God indicates to the angels that Babel’s hour of judgment had come: “Let us go down, and there confound their language.” As at Sodom, God, in conjunction with the angels, executed the work of vengeance (Genesis 18:33; 19:1).

Isaiah 6:1-8 is crystal clear concerning the identity of the “us.” It is God and the seraphim. Angels cannot preach the gospel (see Acts 10:1-8), but they are deeply interested in its propagation (I Peter 1:12). A true gospel preacher speaks for Jehovah and all His angels.

We do not say that angels helped at creation. In humility the great God of heaven revealed to them His intentions. Some people see a major objection to all this in Isaiah 40:12-13. Let them read the passage carefully, for it does not clash with our proposition. It does not say that God refuses to counsel with angels—it simply states that no one, as His counselor, teaches or instructs the Almighty. God does counsel with angels. He even counsels with men. He counseled with Abraham about Sodom (Genesis 18:17) and not only counseled but permitted Abraham to actually bargain with Him. Nevertheless, neither Abraham nor the angels ever taught God anything.