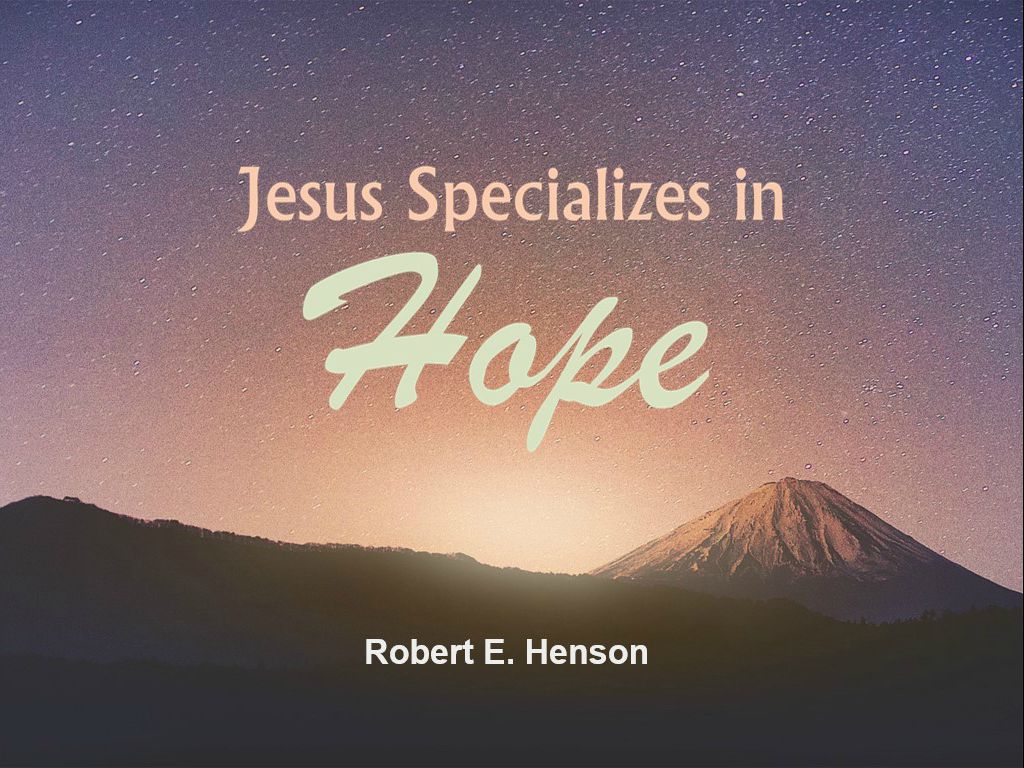 One time I received a letter written by a backslidden Christian. He was just beginning to turn his life around and get right with God again. In the letter he commented that God was increasing every little effort that he was putting forth toward the Lord. He was astounded that God would he so merciful to a backslider. It should not surprise us, for Jesus is merciful, and He specializes in hope.