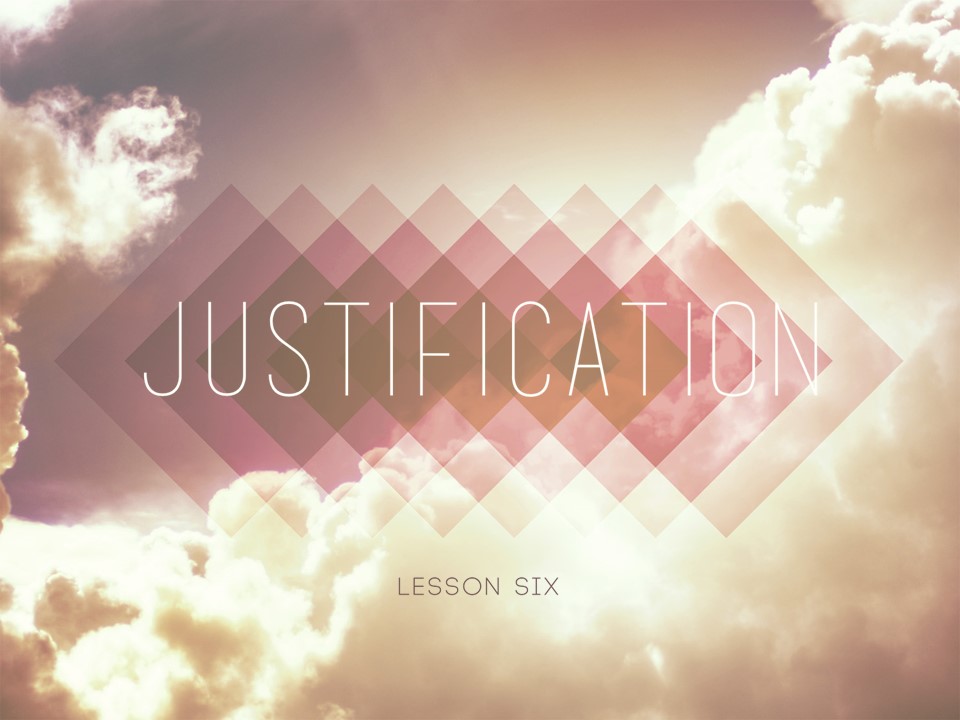 A. THE DEFINITION OF JUSTIFICATION.

Justification is a change in a man’s relation or standing with God. It has to do with the relations that have been disturbed by sin, and these relations are personal. According to Deuteronomy 25:1 it means to declare or cause to appear innocent or righteous. It is a question or relationship and means that a justification is the judicial act of God whereby those who put faith in Christ are declared righteous and declared free from guilt and punishment.

B. WHAT JUSTIFICATION CONSISTS OF.
1. FORGIVENESS OF SIN AND REMOVAL OF ITS GUILT.

Scriptural References:
“…That through this man is preached unto you the forgiveness of sins: And by him all that
believe are justified from all things…” (Acts 13:38-39).
“There is therefore now no condemnation to them which are in Christ Jesus…” (Romans 8:1).
“Who shall lay any thing to the charge of God’s elect? It is God that justifieth” (Romans 8:33).

Justification means that all our sins are forgiven, and that guilt and punishment thereof removed. Justification is more than mere acquittal. It is handling the entire sin question.

2. IMPUTATION OF THE RIGHTEOUSNESS OF CHRIST TO THE SINNER.

“Even the righteousness of God which is by faith of Jesus Christ unto all and upon all them
that believe” (Romans 3:22).

“But of him are ye in Christ Jesus, who of God is made unto us wisdom, and
righteousness, and sanctification, and redemption” (I Corinthians 1:30).

A. Write a complete definition of “justification.”