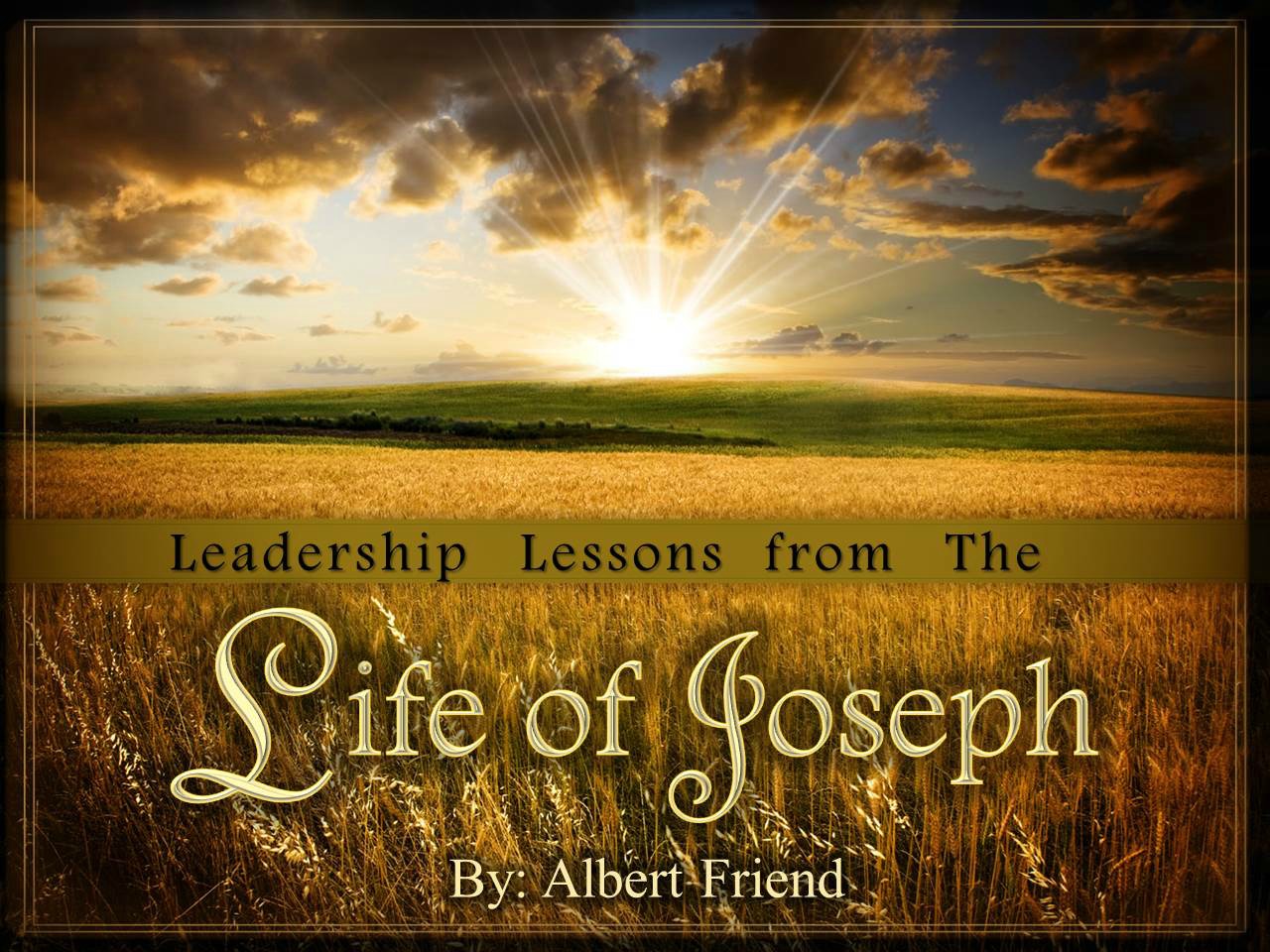 In his dream Joseph and his brothers were binding sheaves and standing them up. Joseph said his sheaf stood up and his brother’s sheaves all gathered around it and bowed low before it. The brothers couldn’t stand it. They got mad. The boy with the coat of many colors wanted to he their king. Being angry will always blind you to what God is trying to do.

Joseph grew up in Hebron Valley in the land of Canaan. He was not born there. Joseph was born in Haran about 350 miles north, as the crows fly, from Hebron Valley. He was a miracle child because his mother Rachel could not have children. Through much prayer she became pregnant and God allowed her to give birth to a son. She named him Joseph.

At a young age Joseph’s father Jacob returned to the land of his fathers. Going south from Haran they traveled to Canaan. The journey was long and hard, especially for Joseph’s mother Rachel. She had miraculously become pregnant again and gave birth on the journey. The caravan paused near Bethlehem for this emergency. It turned into a tragedy. Rachel died after naming her new born son Benjamin. In modern Israel there is a monument named Rachel’s tomb at the grave site where Jacob had placed a stone.

Joseph’s formative years were spent in Hebron Valley. The schooling that Joseph received was given to him in the home. Joseph had no Bible to study as we do. It had not been written yet. Moses started compiling the book that was destined to outlive heaven and earth around 1,500 BC. Joseph lived some 400 years earlier than that.

Joseph had ten older brothers that did the chores and tended the flocks of Jacob. Taking, care of the flocks meant finding grazing land to keep the herd healthy and strong. They had to roam throughout the country to find grazing land because they did not own enough land. There was open land in Canaan for this purpose.

Time had swiftly passed and now Jacob’s son Joseph was seventeen years old and old enough to be a help to his father. Joseph, being next to the youngest and having been born in Jacob’s old age, became the boy Jacob loved more than his other children. This caused friction among the other children. Because of this love, Jacob gave to Joseph a coat of many colors. This did not help the matter but created more resentment.