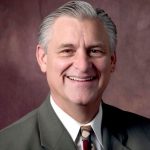 Second, the General Board voted to bring to the General Conference a resolution to change UPCI General Constitution, Article VII, Section 7, Paragraphs 31 and 32. The resolution will be finalized by the Legislative Committee of the General Board for approval by the Executive Board in May, after which it will be presented to the Resolutions Committee. I have also been told that others may be submitting one or more resolutions on this subject. Since the Resolutions Committee has discretion on the submission of all resolutions, including modification or combination of resolutions, it would be premature to discuss exact wording. Essentially, however, the proposed resolution would refer to all media instead of simply television and video, and it would strictly limit the use of all media technology to educational, religious, inspirational, and family content that is consistent with wholesome Christian principles. It would further prohibit the use of television or other media technology for viewing worldly, carnal and unwholesome media. I would like to explain the intention of the General Board in this matter.

1. There is no proposal to change the Articles of Faith, which state that “we disapprove of any of our people having television sets in their homes:’ The Articles of Faith govern the rest of the Manual as well as any other policies or resolutions.

2. As stated in the Position Paper, the General Board does not seek to change our stand for holiness but instead to apply the same principles to all media technology. The resolution is not proposed because of a desire to change our position but because technology has rendered our present language inadequate and in some cases obsolete.

For example, someone sent me a recent article by a secular journalist who does not own a television. She found that a wide variety of TV programming is available on the Internet, and much of it is free. Thus, if she chose to watch a particular TV program or highlight, she does so on her laptop. My conclusion is that Christians should not have television sets in their homes, but it is possible to watch some programming on various other devices, and in such cases Christians should be consistent in all use of media.The same holiness principles should apply regardless of the mode of delivery. There is a consensus that we cannot ignore this issue and that the ministerial constituency needs to deliberate and decide on the best course of action, instead of the General Board simply making a decision.

The General Board was not unanimous in approving the specific resolution to be proposed (it had a two-thirds majority), but it was unanimous in adopting the Position Paper and in now sending it to the General Conference for a vote. In essence, the proposed resolution is an attempt to apply the principles of the Position Paper to the Constitution. Any action that is currently contrary to our position of holiness will still be contrary to our position if the proposed resolution is passed. No one should characterize this proposal as a first step toward changing our teach ing on practical applications of scriptural holiness, such as modesty, jewelry, makeup, or hair. As clearly expressed in the General Board discussion, that is not the intention. The UPCI has the most conservative position regarding television of all major Oneness Pentecostal organizations. This will’ remain true even if the current proposal is adopted.

For many of us, this issue has symbolic significance, but we should focus on the substance. People of my generation are “digital immigrants:’ We grew up without computers, cell phones, MP3 players, tablets, or the Internet. As United Pentecostals we grew up without television and movies. Our children or grandchildren, however, are “digital natives: ‘They grew up in a media-saturated culture and learned to use the latest digital tools as they grew. Although they too were raised without television and with strict limitations on video, they have been exposed to a variety of audiovisual input every day from school, friends, the Internet, social media, and YouTube. What I call a monitor they call a television, and what I call a video or a DVD they call a movie, because that is how their peers speak. To me these words are both symbolic and substantive, so I am careful how I use both the words and the objects. They embrace the same principles of holiness, but the terms and technology are not as symbolic for them-just part of everyday culture. I don’t say this to minimize the importance of our discussion but to appeal for thoughtful, prayerful deliberation. Let us listen carefully to one another to discern our true meaning and purpose.

Ultimately, we realize this matter cannot be fully resolved by legislation but only by a godly conscience and a heart for God. Finally, it is important to follow biblical principles in our discussion. How we decide could be as significant as exactly what we decide. If we are right in our stand but wrong in our spirit, then we are wrong. We need a healthy, mature process to ensure a positive example to younger ministers, the integrity of the outcome, and the credibility of our movement. We should discuss policy issues of this nature with respect for everyone, without threatening either Apostolic identity or Apostolic unity. A few may support a resolution like this in a misguided effort to compromise our identity, and a few may oppose one because of a legalistic understanding of holiness; but I believe the vast majority want to do what is right and what is best, regardless of how they ultimately vote. We should not impugn motives or character, revile, or sow discord. Human anger does not produce the righteousness God desires (James 1:20). We need heavenly wisdom-which is pure, peaceable (peace loving), gentle (considerate), easily entreated (willing to yield), full of mercy and good fruits, without any partiality or hypocrisy (James 3:17). As shown in Acts 15, there is a biblical process of ministers coming together in conference for careful, thorough, prayerful consideration. Let’s not short-circuit this process by prejudging the outcome in personal conversations or on social media.

Our Fundamental Doctrine, the most important part of our Articles of Faith, instructs us to seek unity in this matter: “We shall endeavor to keep the unity of the Spirit until we all come into the unity of the faith, at the same time admonishing all brethren that they shall not contend for their different views to the disunity of the body” Let us pray that, after considering potentially strong differences of opinion, like the church in Acts 15 we can reach a consensus that seems “good to the Holy Ghost and to us:’