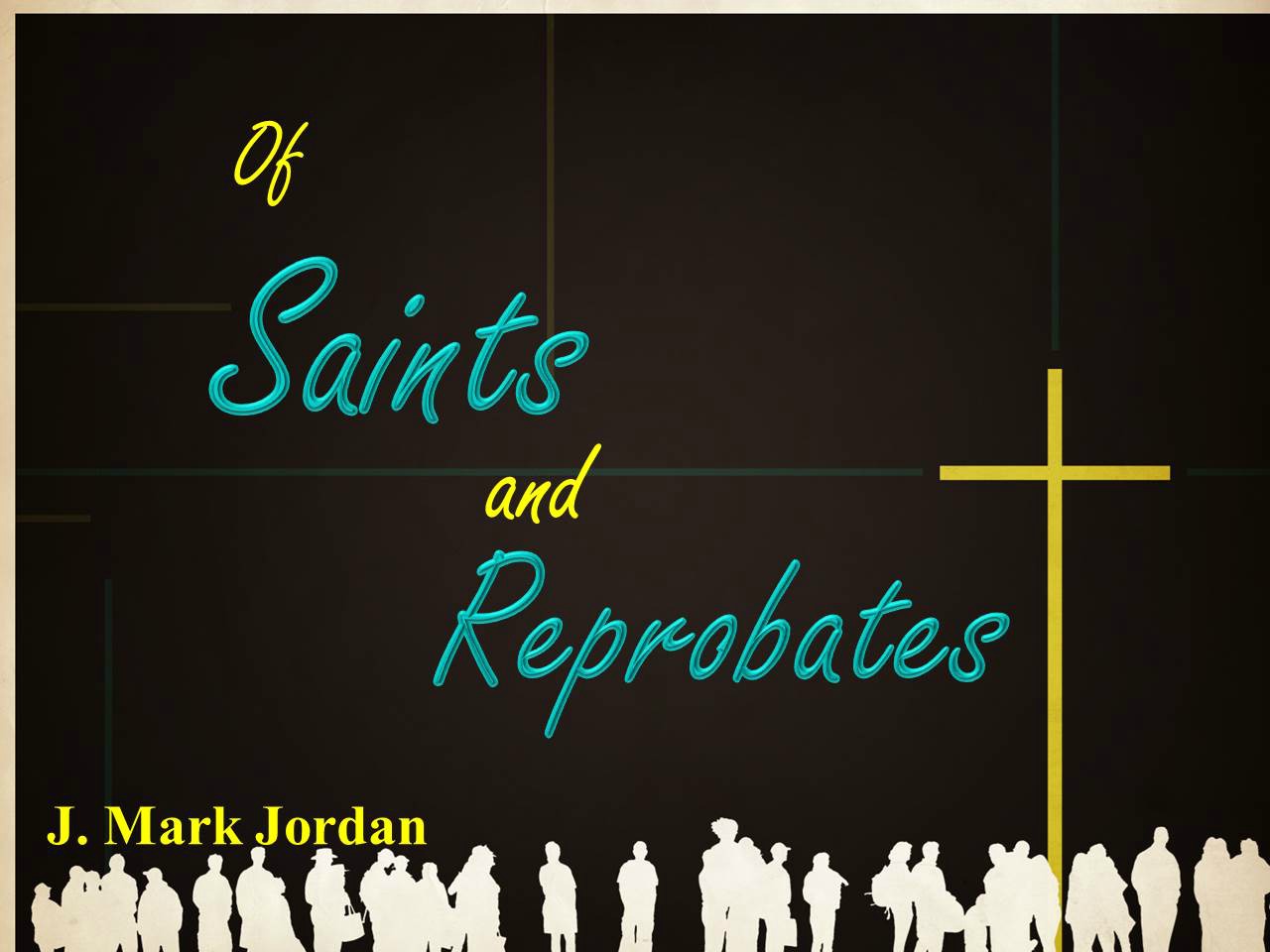 A mystifying maze of people problems confronts ministers on a daily basis. Why is it that among any given group, some people emerge as genuine gifts of God to the ministry, while others, in the same group, delight in causing pastoral breakdowns? How does the identical environment produce people at opposite ends of the spectrum? Do we unwittingly create these personalities or do we simply inherit them? And regardless of how they end up in our sheepfold, do we comprehend them, cope with them, or just categorize them? Every leader in the kingdom of God tries to make some sense of it all.

Broadly speaking, people fall into two categories: saints and reprobates. A saint typifies the ideal characteristics of virtue, honor, and holiness. The term “reprobate,” however, describes people who have no spiritual value. They are the dross or the castaways of Scripture who fail every test of discipleship. We can further divide these groups into subgroups or classes. I’ll start with the reprobate category first, so we can get the negative nastiness behind us.

The Ignorant. The term “reprobate” may be too severe for this person, but everybody starts somewhere. The Bible regards this person as simple, unlearned, and untaught. Peter called them “babes.” “As newborn babes, desire the sincere milk of the word, that ye may grow thereby” (I Peter 2:2). The ignorant person simply has little or no knowledge of true right and wrong. He most likely grew up in a moral vacuum without the benefit of training in conscience or rudimentary Bible knowledge. He needs rigorous teaching to fill in his knowledge gaps. Most of the immoral deeds he does stem from a profound ignorance of truth. I hold high hopes for this person. If he responds positively to solid teaching, he may redefine his life and become an asset to the kingdom.

The Problem. Many individuals have an adequate knowledge of good and evil and can probably quote numerous verses of Scripture, but they willfully disobey the clear mandates of the Word of God and even rebel against their spiritual authority. Sometimes they simply struggle with a weak character or they can be easily influenced by the wrong people. Others require high maintenance in order to do right, and when they don’t get it, they bog down in their own personal quagmire. These types can drive a pastor to distraction, not so much by dissension but by disobedience. Frequent visits to the office never seem to change their bad habits. Usually, they don’t cause problems; they are problems. As a pastor, I try to lift them as high as I can, but if they refuse to grow, I do not allow them to interfere with my ministerial duties to the entire church.

The Rebel. This person creates serious difficulties for all pastors and churches. Like the problem person, he too has acquired a measure of skill in scriptural use and also resists any pastoral authority over him. His treachery, however, lies in his desire to wield influence over other people. He is not content simply to go his own contrary way. He stirs up other people and poisons them with his rebellion as well. He is especially hard to deal with because of his ability to enlist others to his cause, in particular, the ignorant and problem people as previously defined. Whenever the pastor attempts to discipline him, a church-wide crisis erupts. He compounds every problem, regardless of how small it may be, through lies, distortions, and gossip. He is adept at deflecting criticism and turning it into an unfair attack on himself or his family. Sometimes, he even uses it as “proof’ of pastoral abuse. You will always find this kind of person at the bottom of every church split. The Rebel often hangs himself because he is driven by wrong motives, but before that happens he can inflict much damage to a church. Deal with him prayerfully, carefully, and with a sure footing in the Word of God.

The Revolutionary. This person rises up as an icon of rebellion to an entire group or even to a generation. He combines superior intelligence and abilities with a familiarity of the Bible to reach beyond a local church as he targets an entire city or district. The Revolutionary sees himself as an intellectual hero to disenchanted, disgruntled people everywhere and feeds their resistance with books, tapes, and pamphlets designed to sever their connections to pastors. With the advent of the Internet era, he sends mass emails or even manages a Web site dedicated to church doctrine or leadership. He not only wants to destroy old alliances, but he also tries to forge new relationships, perhaps even new organizations. Alexander, Hymenaeus, and Philetus (I Timothy 1:20; II Timothy 2:17) represent these villains. Because their radical doctrines and insidious methods created such a menace to the whole church, the apostle Paul publicly denounced them.

In my ministerial career and my time as an official, I have been forced to deal with all of the above. Other than the foregoing paragraphs, I have no pearls of wisdom to offer so a leader can succeed every time. I thank God, however, that the saints always outnumber the reprobates! For every troublemaker, ten saints step forward to provide support and stability in the midst of it all. Here are the subdivisions of saints.

The Novice. Having recently emerged from the ranks of sin, this person walks around starry-eyed and awed by the presence of God. He is curious about everything and he constantly asks questions about routine church life that everyone else takes for granted. Sometimes he goes to excess, sometimes he says and does things that break the rules, but he responds quickly to correction. Though he’s not there yet, we should never forget that the Novice is a saint in the making. Teach him and train him, but also challenge him to stretch into maturity. You may need to assign him to a mentor, but don’t neglect him. He may be loaded with far more potential than you imagine.

The Disciple. This person has matured into a faithful saint of God. He comes to service regularly, pays tithes and offerings, worships, adheres to holiness teaching, and manifests a positive attitude about life in general. He enjoys preaching and teaching and grasps the fundamentals of Apostolic doctrine. He helps on workdays, accepts responsibilities such as ushering, singing in the choir, or driving the church van, and has few occasions to seek pastoral counsel. Once in a while, if he loses a job or if he suffers a death in the family, the ebb and flow of life can get him down. He always rebounds, however, and you will see him back in his usual place, worshiping, smiling, and shaking hands. The Disciple forms the backbone of the church. He may not show charisma or remarkable personal qualities, but make sure you love him, appreciate him, and treat him right. With only a modicum of attention, he will always be there for you.

The Leader. This person has progressed through the novice and discipleship stage and continues to grow. He possesses a true affection for spiritual ideals, and some would even call it a burden for the growth and stability of the church. The most striking feature of this person, however, is his ability to influence others to be better and do more. Assign him a task, and soon an organized effort develops that surpasses the initial objective. Talk to him about some of your wishes and dreams, and they begin to take on real substance through his efforts. Left alone, he finds positive uses of his time and energy. He spots weak people and strengthens them. He inspires others through his heartening and uplifting attitude. When you need someone to shoulder some responsibility, he immediately comes to mind. Every church needs a few people like the Leader. Without him, the pastor cannot function for long. With just one or two of these types, the load not only gets lighter, the church can also take quantum leaps forward. The one precaution with this person is not to overload him without commensurate reward. Also, be willing to share the ministry with its attendant credit and glory.

The Minister. As colleges make distinctions between bachelors, masters, and doctoral degrees, we must also recognize a pronounced difference between the church leader and the person who is destined for a much higher level. He experiences a calling from God on his life that surpasses a feeling of loyalty to a church or pastor. He genuinely understands that his entire life has been reformulated to revolve around a divine mission. He may be a visionary and see the big picture. He may even be able to understand the larger relationships between God, churches, organizations, and the world itself. The Minister integrates the virtues of the new convert, discipleship, and leadership into the passionate pursuit of a universal purpose. A person of obviously superior capabilities, his innate talents remain subjected to the will of God. This person may become a pastor or an evangelist, but perhaps he will be an apostle, a spiritual father, or a gospel pioneer. He aspires not to his own greatness but to the triumph of the church. Should the pathway of the Minister begin under your leadership, pray that God helps you to recognize what’s happening and then watch it happen. The rise of the true minister becomes inexorable early on, and he soon starts feeding from a source that may well be beyond your own level. You could possibly be witnessing a contributing force in shaping history.

As church leaders, God will not put on us any more than we can bear. He will give us the grace to deal with the reprobates and the wisdom to guide the saints. The Bible teaches us that the wheat and the tares must at times grow together. Thus, we cannot always use aggressive measures to get the desired results. The best we can do is to understand the behavior patterns of the people in our charge and design our actions accordingly.

This article “Of Saints and Reprobates” is excerpted from the book The View from the Back of the Pulpit written by J. Mark Jordan. It may be used for study & research purposes only.

2 thoughts on “Of Saints and Reprobates (Entire Article)”