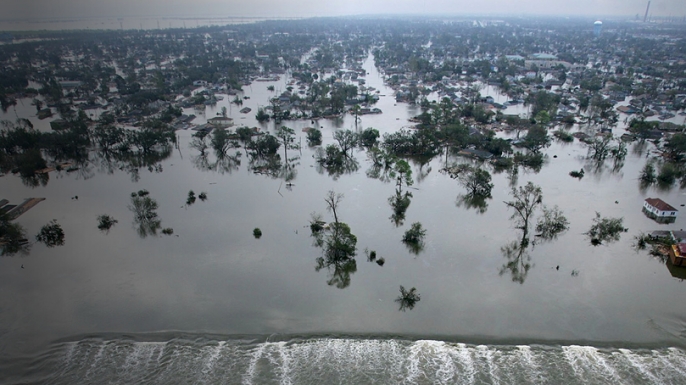 By Mike and Pam Dobbs

Well, here we are, a year after we were barraged by the devastating winds of Hurricane Katrina. I recall when walking outside after the winds began to subside, wondering if things would ever be “normal” again. I’m not sure I can say they are “normal”, but maybe we have adjusted our “normal” to fit in with our present conditions and surroundings. We Americans are like that—very quick to make adjustments and somehow survive whatever we may face. I believe it is because of our inherent dependency and faith in our ever present God! Many of us realize now, that no matter what we may face, we will survive because the Lord is our strength! That is the very attribute that has made America a great nation.

After traveling to several countries, one thing I found glaringly obvious is the fact that most cultures lack an attitude of looking toward tomorrow. For the most part, and at the risk of seeming judgmental, most of our world is just looking to survive today. They are busy about just trying to make it through the insurmountable challenges of the day. Life expectancy is so low in these countries that a man in his forties is considered to be old.

Despite America’s failures in some areas and the trend of trying to remove God from the public life, there is an undeniable inherent quality in us which believes in a better tomorrow! It can be attributed to the fact that America was based upon Judeo-Christian ethics and concepts, which encourage our hearts to look forward to the future for a better time.

Let me try to sum it all up with two attributes of Christ and Christians. The reason we can adjust today to prepare for tomorrow is by Acceptance and Grace. Going back to my original illustration of my first day after Katrina, I was overwhelmed by the disastrous impact of my community, my church and my life. But at the same time, as I stood, bracing myself against the occasional remaining gust of forty mile per hour winds, I became aware of a deep settled peace that spoke to my mind and encouraged me to believe that things would get better. At that moment, I exercised my God given attribute of acceptance. To accept those things that comes upon me as having some higher purpose in my life.

As I reached for the first fallen limb and began to haul it to the ever growing debris pile, I exercised the second God-given attribute, grace. When we face insurmountable obstacles that seem to have the better advantage, we can hold onto the grace of God which reminds us that God is faithful and he will bring us through it all, by His unmerited favor!

Acceptance and grace, principles that are sown in our spirits by His Word and nurtured in fervent prayer. No wonder America has survived so much and still remains so great! It’s because of our great faith in the Word of a great God! Let’s pray for our children as they acclimate to school life again and pray for the greatest revival the Mississippi District has ever seen. May the Lord bless you and yours and “look up, for your redemption draweth nigh”!