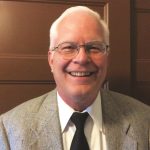 Bro. Thomas Weisser, noted author and historian, has recently made an amazing discovery. Through research, he learned that the Oneness Pentecostal message was being preached in the late 1800s. We asked Bro. Weisser to tell us about this fascinating event that transpired in Northern Ireland in 1893.

“There exists today a Oneness Pentecostal Organization called the Spiritual Christian Evangelical Church, headquartered in Mexico,” he said. “The founder of this group was an Irishman, Joseph Stewart (1871-1926). His conversion occurred in Northern Ireland in 1893 when two missionaries came and stayed at his home and were allowed to preach in the local Presbyterian church. They preached what is known today as Oneness Pentecostal doctrine. This included holy living, insistence on baptism in Jesus name as opposed to the titles, and the infilling of the Holy Ghost with the evidence of speaking in other tongues.

“The pastor and most of the congregation rejected their Acts 2:38 message as heresy. However, the young man, Joseph Stewart, was greatly moved by their scriptural message. He sought the Lord and received the Holy Ghost with the evidence of speaking in tongues (see; Religions of the World, 2010, ed. J. Gordon Melton, pp. 2695-2699) .

“After his conversion he was involved in ministry in Scotland and Africa. From 1902-1912 he served as a missionary in Argentina for the Christian and Missionary Alliance. During his time in Argentina, he converted other CMA missionaries including his wife. In 1912, he and the other missionaries he converted to Oneness Pentecostalism were ejected from that organization. After ministry in Canada, they settled down to ministering to Mexicans in Southern California.

“Tragedy struck when his wife became ill with meningitis and died in June of 1922 in Southern California. In February of 1923, he was deported from the United States and sent back to Northern Ireland. He returned to the Western Hemisphere in 1923, arriving in the port of Tampico, Tamaulipas on Mexico’s Caribbean coast on January 6, 1924. After preaching in Tampico and around Northern Mexico in 1926, he founded the Spiritual Christian Evangelical Church. That same year he passed away, not realizing that the group he started would have approximately 14,000 adherents worldwide today.

“The really amazing thing about this story is the fact that Oneness Pentecostal doctrine was being preached 20 years before 1913.We can only speculate on how many others were reached by these missionaries who converted a young Irishman in 1893.”

For more detailed information, Bro. Weisser can be reached by email at thomasweisser@yahoo.com and through his website www.thomasweisser.com