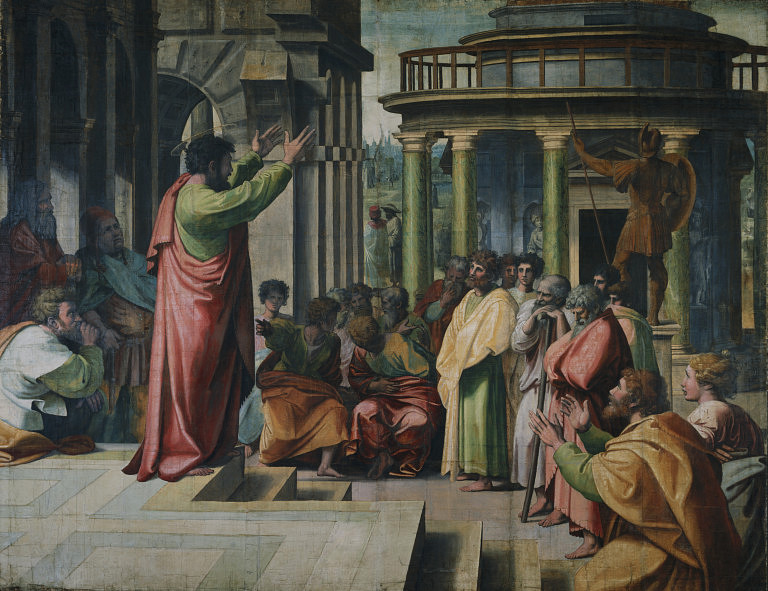 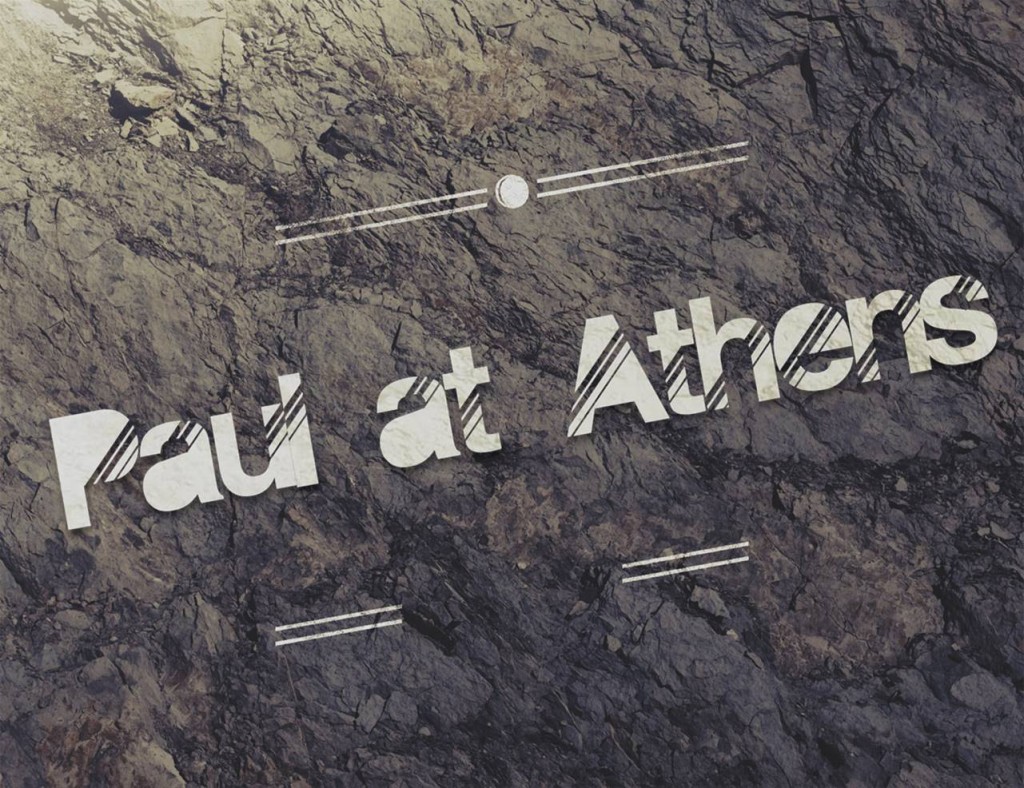 Athens is one of the famous cities of the ancient world.  It was the acknowledged center of intellect, culture and religion.  It was the seat of the prevailing schools of philosophy.  It was “wholly given to idolatry” (verse 16).   It was said that there were more gods than men in Athens.

It is no different in the world today.  Almost the whole human race is bowing down before idols, which men have invented and human hands have made.  Some worship idols of wood and stone, pictures and images; others worship the gods of gold and silver, culture and refinement, arts and sciences.

The Apostle Paul began his message on Mars’ Hill with this statement, “I perceive that in all things ye are too superstitious” (verse 22). This may be translated, “ye are too religious.”  They did not lack for religion, but in all of this they did not know the one true God.

B. TWO SCHOOLS OF PHILOSOPHY:

The Epicureans were materialists and atheists. They believed that the chief aim of existence is pleasure; that pleasure is the only good and pain the only evil. To them there was no God and no future existence in eternity. Their motto was: “Let us eat and drink for tomorrow we die.”

There are millions of Epicureans today who have never heard of the name.  Men are still lovers of pleasure more than lovers of God.

The Stoics believed that God was everything and in everything which is called Pantheism. They were fatalists and considered apathy the highest moral attainment.  To them God was the “soul” of the universe, so that the distinction between the human and the divine ceased to exist.  Man became his own god.  This is the basic teaching of all spiritistic cults with certain variations as in Christian Science, Unity, Spiritualism, etc.

These philosophers considered the simple Christian truth that Paul preached as being absurd.  They said that Paul was a babbler talking baby talk.

The philosophers took Paul to Mars’ Hill in order to hear him further. Mars’ Hill was an Athenian court, which met, in early times on the Hill of Ares west of the Acropolis. It had
jurisdiction over moral questions and religious matters. Another name for Mars’ Hill was Areopagus.
Paul was very observant.  He was quick to use something that was familiar to his hearers to introduce his message.  In this he was following the example of our Lord.  Paul had seen the religious devotions of the Athenians and had found an altar with this inscription: TO THE UNKNOWN GOD.  It was this unknown God to whom they had erected an altar that Paul was going to declare.

Paul declares Him to be the Creator and the world’s moral Governor; truths which strike at the very heart of materialism, pantheism, atheism, etc.  Paul spoke to them of sin as a personal offense against a personal God and Judge, who therefore commands all men everywhere to repent.  He shows the folly of idolatry when we ourselves are the offspring of God.