Pen Pals for Jesus: A Ministry To the Incarcerated 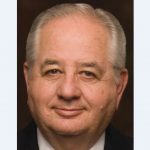 It has been said that the pen is mightier than the sword. This idiom, which means words are more powerful and effective than weapons in accomplishing your purpose, rings true in the sense that the pen can be an effective measure in helping those who are incarcerated and are looking for a connection to someone who cares enough to take the time to write them back.

Pen Pals for Jesus, an idea that was birthed in the hearts of Pastor Trueman Hurley and the saints of Faith World UPC in Leesburg, Florida, is using the pen to bring hope, healing, restoration and encouragement to individuals who are incarcerated. “We had a young man connected to our church that had recently been incarcerated, and we were talking about writing him and trying to encourage him,” said Bro. Hurley. “One thing led to another and soon we were talking about reaching out to other inmates whose families were connected to Apostolic families. There were a couple of ladies and a gentleman in our church that decided to put the program together, establish the guidelines and reach out through social media, church members, and people who had friends or relatives that might want to communicate with someone in the church as a pen pal.”

Pen Pals for Jesus is a great ministry that almost anyone can be involved with. It requires very little time, yet fosters fellowship and ministers to some of the neediest in our society. “The group meets once a month,” explained Bro. Hurley. “Letters received (from inmates) are opened and read to the group. Those who want to respond to a particular letter are allowed to and sometimes an inmate may get two or three letters at a time (from saints). The guidelines are that we would use only first names, that all correspondence would have the church address only, and that there would be no romantic or sexual talk of any kind to any person incarcerated. We also agreed that no photos would be exchanged. The letters are written in the meeting, put in an envelope and placed on my desk. I usually read the letters and then mail them to the prisoners.”

Faith World UPC has witnessed firsthand the results of this ministry and some of the lives that have been impacted. “I am happy to report that we have had a few people to visit our church upon their release as well as family members who have visited while their loved ones are still incarcerated,” said Bro. Hurley. “We have baptized one man, and we currently have another man in our church that is recently paroled. He is full of the Holy Ghost and is a very excited Christian.”

Bro. Hurley and the saints of Faith World are excited about this ministry and are using it as a catalyst to expand into other venues. “Our plans are to expand this ministry to become pen pals with college kids,” said Bro. Hurley, “and use it as an assimilation ministry for youth and new converts, teaching them to serve Christ through service to others.”