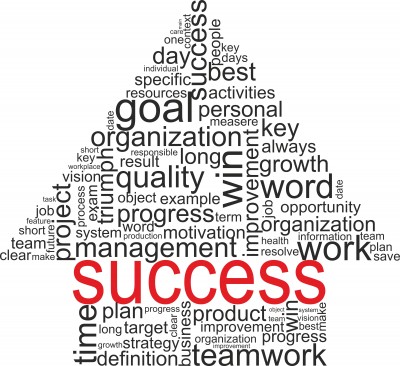 What is your definition of success? Dictionary. corn defines success as: “1. the favorable or prosperous termination of attempts or endeavors. 2. the attainment of wealth, position, honors, or the like.” This may be a good definition for the world at large, and though God desires us to prosper, the church is commanded to multiply.

More churches, daughter works, and preaching points will help to fulfill our mandate from Jesus Christ to reach the world. More churches will also expand our abilities. Simply put, more churches will cause us to prosper. More churches means more money will be given to mission causes like Save Our Children, Mother’s Memorial, Sheaves for Christ, and Global Missions.
Let me give you some examples. A church in Texas has existed for seventeen years. This church has given $750,000 to Global Missions, North American Missions, and other annual campaigns. When we plant churches, it expands our base!

A second example comes from a small North American Missions church. I asked the church planter if they supported Global Missions. Very apologetically he and his wife explained, “We are a very small church with limited finances and are only able to support three global missionaries and one metro-missionary!” This is what church planters do! What if we had a thousand more just like them? Some have had the mindset that we cannot have very many Apostolic churches in a given area. Maybe it is time for us to rethink this.

For centuries the scientific and athletic communities thought it impossible for a man to run a mile in less than four minutes. It was first achieved in 1954 by Roger Bannister in three minutes and 59.4 seconds. Since then Bannister’s record for the mile has been lowered by almost seventeen seconds. Even high school students have broken what once was thought to be an unbreakable goal. An even greater illustration of how commonplace it has become is that in 1994, the Irish runner Eamonn Coghlan became the first man over age forty to run a sub-four-minute mile. Since Roger Bannister proved it could be done, the four-minute mile is not only possible, it has become the new standard for all professional middle distance runners.

With this in mind, take a look at the number of Southern Baptist Convention churches in a few cities scattered across Texas:

If Southern Baptists can have well over 2,000 churches in these few cities, can we be content to have only three hundred United Pentecostal churches in the entire Texas District? The answer is too often, “We cannot have churches that close together.” Do we need to redefine what can be done? What we need to ask is, “Why not?” Is it because of the lack of spirituality in neighboring churches, or could it simply be that we are not spiritual enough to envision it? Some say, “If we have a church on every street corner, we will monopolize Christianity in America.” If that is their definition of success, then why should ours be so much less?