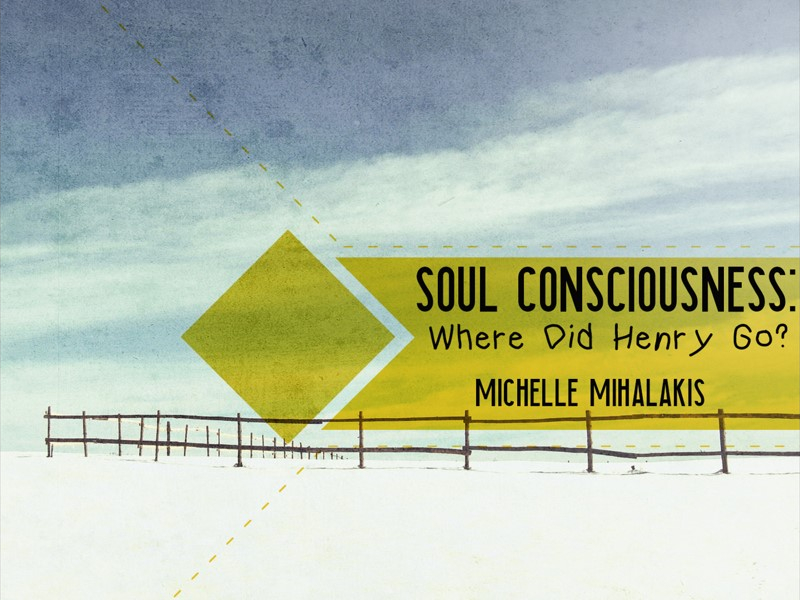 One day I knelt on the ground looking at her pansies in the shade when I noticed anthills and a flurry of activity. The ants were carrying small pieces of cargo in all directions. I hesitantly put my finger on top of one of the hills and formed a plug. Then I gently pushed it down and covered the opening. I wanted to see what the ants would do and how they would adjust. I felt guilty, and I wondered about how many ants got stepped on by people everyday? How would I feel if a big shoe smashed me?

I had the most beautiful playmate when I was three years old. He was Henry, my two-year old brother. His curly hair really was the color of honey, and his lips and cheeks were the color of rose petals. He was a frail, but beautiful child. We would walk down the street together looking for something to examine or explore. But one day was different from all the rest.

We left the house together as my mother’s voice chased my ears down the street, “You keep a good eye on him, you hear!” We crossed the street, hands tightly gripped together, looking both ways for cars. We reached the corner and soon came upon a yard with a tricycle in it. Henry had spotted the tricycle in the yard and he wanted to ride it. I gave him a firm, “No.” But he insisted, “I want to ride that bike!” After several rounds of that, I gave in to him saying, “You can ride that bike, but promise me you won’t leave this yard.” He promised he wouldn’t.

I continued on to my cousin’s house. While playing inside, I saw my aunt run to the window. I followed after her to peer out. I could see an ambulance at the end of the street where someone had put a white sheet on the ground. I knew instantly that it was Henry. I even knew in my heart that he was dead. But at that tender age I tried to convince myself that he really wasn’t dead, just hurt. I asked my aunt, “Is that Henry?”

I asked, “Are Mom and Dad going to go to the hospital to see him?”

I will never forget the sense of loss I felt that day and many days afterward. I yearned for him. The police had circled the place where his body had laid with blue chalk. For days after the accident, I would walk to that place and calculate in my mind where he drew his last breath, and I’d feel that tiny flicker of hope that certainly he must be alive, diminish… And one day the rain came and washed it all away.

Life became more complex after death entered the picture. To live means that you have to die. That is what it meant to me. Death took on real meaning in my life. But death is what actually started my quest to find real spiritual meaning, even at the young age of three.