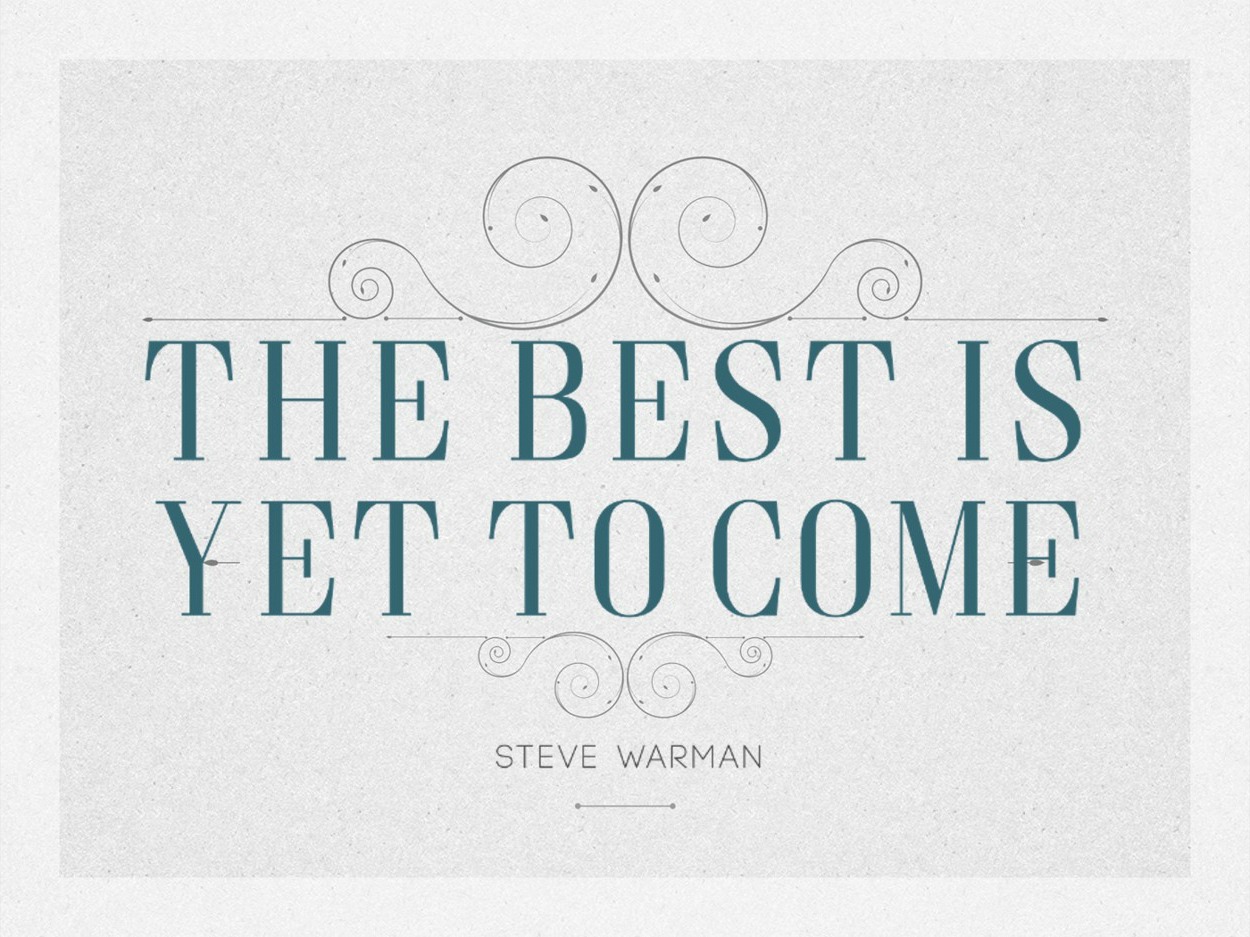 I like the dreams of the future better than the history of the past. –Thomas Jefferson

A miracle took place in Cana of Galilee.

The feast for the wedding of a bright and beautiful couple had brought out the best in everyone. All who gathered that day looked on with pride as this young woman who possessed such beauty, and the young man who held such promise, greeted the invited guests.

Everything was in order to make this one of the most memorable wedding feasts the village had ever seen.

Then the unthinkable happened. At some point during the celebration the wine ran out and an embarrassing situation was about to unfold. Fortunately for this couple, Jesus had received an invitation to their wedding and was in attendance.

As a minister, I never cease to be moved as I stand before a young couple and read the scriptures, say a prayer, and send them off to begin their new life together. What is the reason I am touched? They invited Jesus into their marriage from the onset.

I know that as the days go by they will overcome obstacles many other couples just cannot hurdle. When Jesus is present, the marriage is always better.

Not only was the Lord in Cana for the wedding that day, but Mary learned the hosts had run out of wine—and for this to happen at a Jewish wedding was beyond embarrassing.

For whatever reason, Mary came to her Son and said, “They have no wine”(John 2:3). Somehow, she must have believed Jesus could remedy the situation.

He replied, “What does this have to do with Me?” —then added these telling words: “…mine hour is not yet come “(v.4).

Mary turned to the servants and instructed, “Do whatever He tells you!”

Jesus, about to perform His first miracle, noticed there were six water pots standing nearby and said, “Fill them with water.”

These water pots of stone were there in keeping with the Jewish manner of purification.

There were certain ritualistic washings for the exterior of a man that under the law were to keep him from being defiled.

It is interesting to note that seven is God’s perfect number—it’s a number of rest. God paused on the seventh day, which was to be kept as the Sabbath, a day when no work was to be done.

Saving the Best for Last

At Jesus’ command, the servants filled the water pots to the brim. Then He told them, “Take some to the governor of the feast” which they did.

Scripture tells us, ” When the ruler of the feast had tasted the water that was made wine, and knew not whence it was: (but the servants which drew the water knew,) the governor of the feast called the bridegroom, and saith unto him, Every man at the beginning doth set forth good wine; and when men have well drunk, then that which is worse: but thou hast kept the good wine until now” (vv .9-10).

When we have tried our absolute best, yet it has fallen grossly short of what was needed, it is then God steps in and performs the miracle.

Not only does the Lord save the best for last, He does it in a significant way. I am told those water pots could each hold between 20 and 30 gallons. When the servants brought them to Jesus they had filled them up to capacity.

It is possible there were 180 gallons of wine presented to the governor of the feast. This was obviously much more than the guests could ever consume—especially since they had already drunk the wine supplied by the family.

This water Jesus turned to wine was the extra. The generosity and abundance of the Lord always gives you more than enough.

A Miracle Is Waiting

The further you travel down the path of life, the greater the things of God become the fuller His grace, the more marvelous His mercy, the stronger His love.

After the preacher of Ecclesiastes says, “Better is the end of a thing than the beginning thereof” (Ecclesiastes 7:8), he counsels, “Do not ask, ‘Why were the former days better than these?’ For you do greater the things not inquire wisely concerning this” (v.10).

In other words, we haven’t seen the ultimate God can perform, and anyone who says our finest days are behind us speaks as a foolish man.

Whatever the mistakes you have made, whatever path you have trod, the same Jesus who performed the miracle at the wedding in Cana is telling you, “The best is yet to come.”

The above article, “The Best Is Yet To Come” was written by Steve Warman. The article was excerpted from chapter nine in Warman’s book, The Second Try.

1 thought on “The Best Is Yet To Come (Entire Article)”