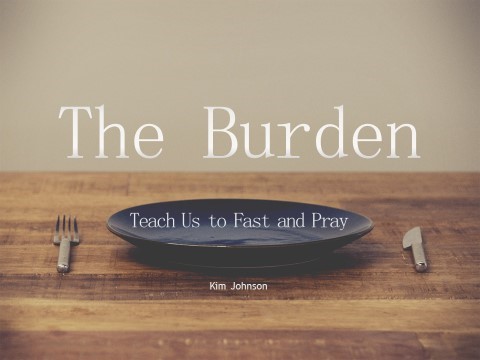 The hour was late and quickly approaching midnight as Jesus led his disciples to the Garden of Gethsemane; the weight of eternity for billions of lost souls was descending on His heart. As they approached the garden and the burden became all-consuming, Jesus said to his disciples, “My soul is exceeding sorrowful, even unto death: tarry ye here, and watch with me” (Matthew 26: 3 8). After separating Himself from His disciples, He collapsed under the weight of His coming ordeal. The burden for the eternal destiny of man since the fall of Adam consumed every fiber of His being. It was not facing death that brought Him to the garden; it was not the expectation of untold suffering that brought Him to the garden; it was the weight of the sins of the world that brought Him to the garden. It was a burden for your soul and my soul and the countless other souls of men and women before and after the incarnate life of Jesus that drove Him to the garden. He was making intercession for all transgressors. He was pouring out His soul unto death, even the death of the cross.

When Jesus prayed, “0 my Father, if it be possible, let this cup pass from me: nevertheless not as I will, but as thou wilt” (Matthew 26:3 9). He was speaking on behalf of His people, who were appointed to the wrath of God because of sin. The cup that Jesus was referring to was the cup of trembling (judgment). For there to be salvation, sin had to be judged. Jesus, as the Lamb of God, was about to take upon Himself the judgment of God for the sins of all mankind—the punishment of God’s wrath appointed to sinners. Isaiah 51:22 says, “Thus saith thy Lord the LORD, and thy God that pleadeth the cause of his people, Behold, I have taken out of thine hand the cup of trembling, even the dregs of the cup of my fury; thou shalt no more drink it again.” Psalm 75:8 says, “For in the hand of the LORD there is a cup, and the wine is red; it is full of mixture; and he poureth out of the same: but the dregs thereof, all the wicked of the earth shall wring them out, and drink them.” Psalm I I 6: 1 3 says, “I will take the cup of salvation, and call upon the name of the LORD.”

As Jesus prayed, the intensity of His burden grew into travail. Why? Could it be because He could hear the cries of countless lost souls pleading for the cup of judgment to pass from them? Could He have seen a vision of all the spirits in hades waiting for the promise of redemption?

Travail in and of itself is a birthing process. His burden for Jew and Gentile alike caused Him to travail until the church was birthed into the kingdom of God. Isaiah 5 3: I 112 confirms the purpose of His agonizing, travailing prayer in the garden: “He shall see of the travail of his soul, and shall be satisfied: by his knowledge shall my righteous servant justify many; for he shall bear their iniquities. Therefore will I divide him a portion with the great, and he shall divide the spoil with the strong; because he hath poured out his soul unto death: and he was numbered with the transgressors; and he bare the sin of many, and made intercession for the transgressors.”

Jesus submitted to the burden of the Spirit in the Garden of Gethsemane. We are the present-day fruit of His travail. Today, we are living in the divine overflow of His intercession made in the garden.

We are quickly approaching midnight. The powers of darkness are advancing faster than ever before. Every sign in heaven and earth is pointing to the eastern sky and the soon return of our Lord. We must watch and pray and not sleep. We must awaken to realize the urgency of the hour. Jesus could have slept with His disciples, but the burden wouldn’t let Him rest. He wrestled in prayer until He prayed through the burden of the Spirit. We, too, must wrestle in prayer for all the souls that are dying and going to hell. Time is short and the only earthly treasure that has any eternal value is a soul.

Over and over again, we see the importance of a burden realized in the Word of God. Abraham had a burden for Sodom and Gomorrah. He prayed and Lot was saved. Jacob wrestled all night with the angel of the Lord, and his name was changed from Jacob (supplanter) to Israel (prince with God). Moses cried out to God, “if thou wilt forgive their sin; and if not, blot me, I pray thee, out of thy book which thou hast written” (Exodus 32:32). King David had a burden for his enemies. Psalms 35:13-14 reads, “But as for me, when they were sick my clothing became sackcloth: I humbled my soul with fasting; and my prayer returned into mine bosom. I behaved myself as though he had been my friend or brother: I bowed down heavily, as one that mourn-eth for his mother.” Nehemiah received a burden after hearing about the desolation of Jerusalem. He fasted and prayed certain days, repenting and making supplication for the whole nation. This resulted in God using him to rebuild the city.

What is a Burden?

Webster’s Dictionary defines a burden as “that which is borne with labor or difficulty; that which is grievous, wearisome, or oppressive. The bearing of loads; a birth, also a child in the womb.”

God does everything through the spoken word. When God has a burden, He looks for a person to speak it and to birth it into existence. God then manifests His creative response to the burden openly.

Reverend Teklemariam Gezahagne said, “Fasting is not only pleading, but it is a bleeding of the heart; this produces brokenhearted saints. Out of all giving, fasting and prayer are the most important! We need to pray and draw nigh the mercy of God into the nations that are dying. God will not ignore a broken heart.”

Hosea 6:6 says, “For I desired mercy, and not sacrifice; and the knowledge of God more than burnt offerings.”

If I have not a burden for lost souls then I am not a Christian.

In Isaiah 59, we see the state of a nation that failed to recognize the importance of a burden. They were so busy in their daily affairs that God could not find anyone who would carry the burden of His heart so that justice and judgment could be restored to the city.

Even today, truth is falling in our streets, and judgment is turned back. Truth and justice no longer rule the hearts and minds of people. “None calleth for justice, nor any pleadeth for truth: they trust in vanity, and speak lies; they conceive mischief, and bring forth iniquity” (Isaiah 5 9:4). The burden of God was to restore and to save, but no one would take heed to His heartbeat.

Let us stoop down and yoke ourselves with the heartbeat of Jesus. In light of eternity we will never know how often our stooping has pulled souls out of a devil’s hell.

Jesus is the great intercessor, Whose eyes scan all the earth seeking someone who will pray—someone through whom He can show himself strong. Jesus is going to use someone to fast and pray His burden; it may as well be you, and it may as well be me.

The above article, “The Burden” was written by Kim Johnson. The article was excerpted from chapter five in Johnson’s book Teach Us to Fast and Pray.

1 thought on “The Burden (Entire Article)”