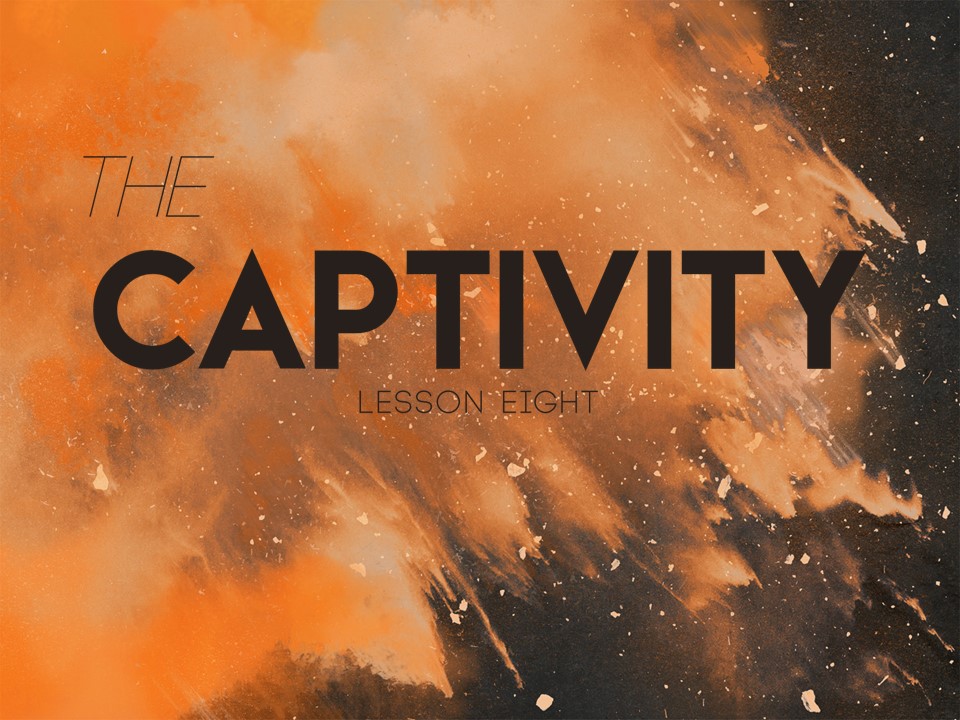 A. THE CAPTIVITY FORETOLD IN PROPHECY:

1. AT THE TIME OF HEZEKIAH:
When a delegation came from the king of Babylon with a present for Hezekiah, in his eagerness to make a worldly alliance, Hezekiah showed them all the treasures of his house.

The prophet Isaiah rebuked him and prophesied: “Behold, the days come, that all that is in thine house, and that which thy fathers have laid up in store unto this day, shall be carried into Babylon: nothing shall be left, saith the Lord. And of thy sons that shall issue from thee, which thou shall beget, shall they take away; and they shall be eunuchs in the palace of the king of Babylon” (II Kings 20:17-18).

This prophecy took over one hundred years before it occurred. This shows how judgment for our sins may fall upon our children.

3. THE PROPHET MICAH:
“And thou shalt go even to Babylon; there shalt thou be delivered” (Micah 4:10).

Here Micah definitely stated that the place of captivity would be Babylon.

Here Jeremiah states the length of time that the Jews will be in captivity.

B. THE JUDGMENT OF GOD:
Scriptural Reference:
“And the Lord gave Jehoiakim, king of Judah into his hand, with part of the vessels of the house of God” (Daniel 1:2).

We should take note of the expression “and the Lord gave.” This was an act of judgment upon the part of God. God’s judgment came upon Judah not only because of Hezekiah’s sin but also because of the much idolatry that was brought in by the many wicked kings who ruled similar to Manasseh.

C. BABYLON’S RISE TO POWER:
At this time in history, Assyria began to decline in power and became weak. Assyria’s two main cities, Assur and Nineveh, had fallen and Assyria’s army fled westward to Haran. In 610 BC Haran fell to Nabopolassar, king of Babylon, which all but finished the Assyrians. In 609 BC Necho, the king of Egypt, marched north to meet the Babylonians. He did not succeed in taking Haran, but the Egyptians remained dominant in the west for another three years.

Early in 605 BC the Battle of Carchemish took place on the Euphrates. The Babylonians were under the leadership of Nebuchadnezzar, the son of Nabopolassar. He revealed great genius and sent the Egyptians fleeing in headlong defeat. From this point, Babylon became the new world leader.

D. THE FIRST PHASE OF THE CAPTIVITY – 605 BC:
Jehoiakim was appointed king of Judah by Pharaoh and reigned eleven years. He was godless and reckless. During his reign, he heard the prophecies of Jeremiah warning of the coming judgment. Upon one occasion, he took a knife and cut the scroll into pieces and threw it upon the fire. Jeremiah prophesied that he would be buried as an ass and that was fulfilled.

When Nebuchadnezzar made great conquests in Syria, Jehoiakim professed loyalty to him. Later he shifted to King Necho of Egypt. Nebuchadnezzar besieged Jerusalem and took many captive including Daniel and his companions. Jehoiakim was taken in chains to Babylon.

At this time Nebuchadnezzar carried off the vessels of the house of God and the members of the nobility of Judah to Babylon. If Jehoiakim had taken heed to the fearless preaching of the prophet Jeremiah, this might not have happened.

While Nebuchadnezzar was busy in his conquests, he was interrupted by the sudden death of his father. He hurried back to Babylon to be crowned king.

E. THE SECOND PHASE OF THE CAPTIVITY – 597 BC:
Jehoiachin was the son and successor of Jehoiakim and reigned only for three months and ten days.

In 597 BC Nebuchadnezzar attacked Jerusalem again. This time he took captive Jehoiachin, his mother, his wives, 3,000 princes, 7,000 men of might and 1,000 artisans (II Kings 24:14-16). Among them were Ezekiel and Mordecai. Jeremiah evaded capture and urged the exiles in Babylon to be good citizens (Jeremiah 29:1-10).

F. THE THIRD PHASE OF THE CAPTIVITY – 586 BC:
Nebuchadnezzar appointed Zedekiah to be king of Judah and he ruled for eleven years. After eleven years, Zedekiah listened to the wrong advice instead of listening to Jeremiah. He revolted against Nebuchadnezzar.

Nebuchadnezzar’s army was soon back outside Jerusalem’s walls. This time Nebuchadnezzar burned the Temple, destroyed the city of Jerusalem and deported all but the poorest to Babylon (II Kings 24:14-16).

Zedekiah was taken captive, watched the execution of his sons and then had his eyes gouged out. He was carried to Babylon. At this time, the Temple, palaces and public buildings were destroyed. Jerusalem lay in ruins.

G. THE CAPTIVITY:
There was much suffering at the time of this last siege. Prisoners were maimed, impaled and skinned alive.

Once they were settled in Babylon, the Jews were not heavily oppressed by their conquerors. They engaged in business, built houses and held high positions in the land. The prophet Ezekiel constantly encouraged them.