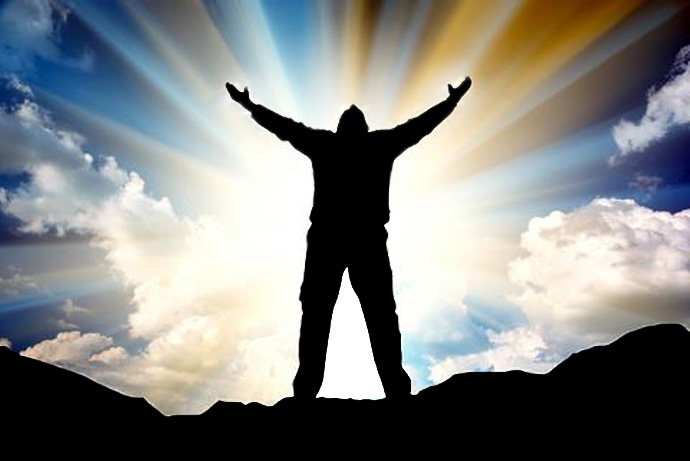 The drama of salvation for fallen mankind is a revelation or a revealing of Jesus Christ “God in the flesh”, beginning with the promise of in Genesis 3:15. “And I will put enmity between thee and the woman, and between thy seed and her seed; it shall bruise thy head, and thou shalt bruise his heel.” This promise and drama was in the mindset of God before he created mankind. “Forasmuch as ye know that ye were not redeemed with corruptible things, as silver and gold, from your vain conversation (lifestyle) received by tradition from your fathers; But with the precious blood of Christ, as of a lamb without blemish and without spot: Who verily was foreordained before the foundation of the world, but was manifest in these last times for you” (1 Peter 1:18-20). “Known unto God are all his works from the beginning of the world” (Acts 15:18). “God called those things which are not as though they were” (Rom 4:17). “And he worketh all things after the counsel of his own will” (Eph 1:11). When God is speaking of future events he could be speaking in the present tense as he is the Alpha and Omega, the first and the last: (Rev 1:11) and everything in-between.

Paul said Adam was the figure of him that was to come (Rom 5:14). “So God created man in his own image, in the image of God created he him; male and female created he them” (Gen 1:27). God, who already knew what his appearance would be, came as a man to redeem mankind and made Adam and Eve in that image and after that likeness. The man Christ Jesus is and was the express image of the invisible God. (Col 1:15, Heb 1:3) Jesus Christ the promised seed was the personification of the Word of God, the living visible word that brought life and immortality to light through the gospel: (2 Tim 1:10, John 1:1-14, 1 John 1:1-3)

The First Advent of Christ

Peter said that all the prophets from Samuel and those that followed after him all spoke of the coming of Christ (Acts 3:24-26). In his last discourse to the apostles Jesus said unto them, These are the words which I spake unto you, while I was yet with you, that all things must be fulfilled, which were written in the law of Moses, and in the prophets, and in the psalms, concerning me (Luke 24:44). Jesus takes us all the way back to Genesis where Moses recorded the creation and the promise of the coming messiah.

Jesus was born in Bethlehem of a virgin according to the prophets (Isaiah 7:14, Micah 5:2). For unto you is born this day in the city of David a Saviour, which is Christ the Lord (Luke 2:11). Jesus Christ was Jehovah God in a fleshly body, (Isa 12:16) the second man Adam (1 Cor 15:47) which came to redeem mankind by buying back what the first man Adam lost when he ate the forbidden fruit. “For since by man came death, by man came also the resurrection of the dead. For as in Adam all die, even so in Christ shall all be made alive. But every man in his own order: Christ the firstfruits; afterward they that are Christ’s at his coming” (1 Cor 15:21-23). In order to get into Christ one must be born again. During his earthly ministry Jesus Christ spoke of the kingdom of God (The Church) and said in order to enter it or to even see it a person must be born again of the water and of the Spirit (John 3:1-8).

After that the kindness and love of God our Saviour toward man appeared, Not by works of righteousness which we have done, but according to his mercy he saved us, by the 1. washing of regeneration, and 2. renewing of the Holy Ghost; which he shed on us abundantly through Jesus Christ our Saviour; That being justified by his grace, we should be made heirs according to the hope of eternal life (Titus 3:4-7).

Peter preached the first gospel message in the New Testament church age under the anointing of the Holy Ghost (Acts 2). When the people heard the gospel they were convicted of their sins and asked Peter and the other apostles what they must do? Peter told them to repent, be baptized in the name of Jesus Christ for the remission of their sins and they would receive the baptism of the Holy Ghost. About 3,000 souls repented and were baptized that day in Jesus name (Acts 2:37-41). This message is the only New Testament plan of salvation and is forever settled in heaven (Matt 16:18-19, 18:18).

The Second Advent of Christ

“And when he had spoken these things, while they beheld, he was taken up; and a cloud received him out of their sight. And while they looked sted-fastly toward heaven as he went up, behold, two men stood by them in white apparel; Which also

said, Ye men of Galilee, why stand ye gazing up into heaven? this same Jesus, which is taken up from you into heaven, shall so come in like manner as ye have seen him go into heaven” (Acts 1:9-11).

Surely as Jesus came the first time and went to Calvary to purchase our salvation he will come the second time as he promised for his bride the church. Are you ready, have you been born again according to the plan of salvation as preached and taught by the apostles of the Lord Jesus Christ?

Christ was once offered to bear the sins of many; and unto them that look for him shall he appear the second time without sin unto salvation (Heb 9:28). Are you looking for him? “For the Lord himself shall descend from heaven with a shout, with the voice of the archangel, and with the trump of God: and the dead in Christ shall rise first: Then we which are alive and remain shall be caught up together with them in the clouds, to meet the Lord in the air: and so shall we ever be with the Lord. Wherefore comfort one another with these words” (1 Thess 4:16-18). Are you remaining faithful, do these words comfort you or make you uneasy?

“For the grace of God that bringeth salvation hath appeared to all men, Teaching us that, denying ungodliness and worldly lusts, we should live soberly, righteously, and godly, in this present world; Looking for that blessed hope, and the glorious appearing of the great God and our Saviour Jesus Christ; Who gave himself for us, that he might redeem us from all iniquity, and purify unto himself a peculiar people, zealous of good works” (Titus 2:1114).

The five foolish virgins through they had time to buy oil and were not ready (Matt 25:3-13). The man that hid his talent in the earth was unprepared and his excuse would not stand in judgment (Matt 25:25-30). Demas forsook the faith, having loved this present world (2 Tim 4:10). We must take up our cross daily and follow Jesus.