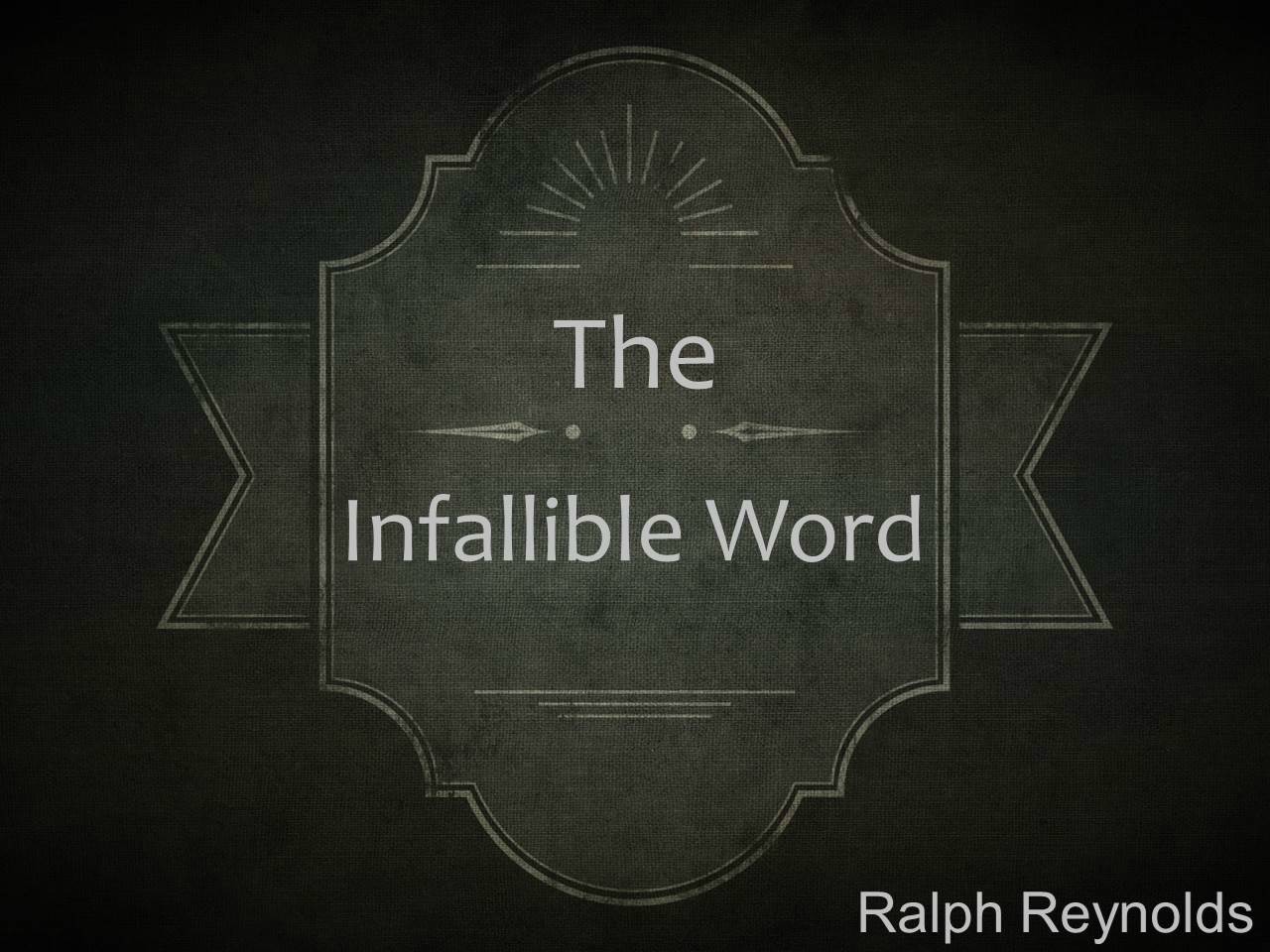 The Bible is the Word of God. God is the Author of the Bible. The Bible is God’s message to man.

Since God is the Author of the Bible, it becomes God’s message to man. As such, it is the highest authority that man has to govern him in matters of faith and practice. There is no higher authority for man than that of God’s Word. What more definite authority could man desire than that invested in the word of His Creator? It is not the authority of the church to decide what the Scriptures teach, but rather it is the authority of the Scriptures to decide what the church should teach.

Throughout the years the inspiration of the Bible has been attacked by its enemies, and in modern times it has become fashionable in some church circles to question the full inspiration of the Scriptures. These false friends within the nominal professing church are, after all, its greatest foes, and do greatest damage to the truth discussed here. Two false views concerning inspiration are:

The fallacy of the above false views is so apparent that it seems to be folly even to waste words in refuting them. How can truth be enclosed in a shell of falsehood? How can God, who cannot lie (Hebrews 6:18), speak truth to man in lies? If part of the Bible is false, who is the judge to discern truth from error? The only possible conclusion is that the plenary inspiration of the Bible is a fact. A few of the reasons why the Bible is fully inspired are:

In all matters pertaining to faith and moral conduct, man must turn to the Bible, for it is here that he finds God’s message for him. He must accept, believe, and obey all of God’s Word. It is not man’s prerogative to accept part of the Word and reject the rest. Man should never attempt to be a critic of the Bible for, instead, it is man’s critic and judge.

III. The Bible Is Verbally Inspired

The Bible is verbally inspired in the original Hebrew and Greek in which it was written.

It is impossible for God to make a mistake. It is also impossible for God to lie. Therefore, because the Bible is the Word of God and fully inspired, it must also be verbally inspired. There can be no errors in it. As God breathed through men to write His Word, it was written word by word, and letter by letter, as God desired it. Errors could be made by translators, and there may be errors in modern translations and versions, but there could be no error in the original Hebrew of the Old Testament, and the original Greek of the New Testament. A few of the reasons why the Bible is verbally inspired are:

Man should strive to understand the Word of God, as written in the original texts, and study it carefully, even to each word and letter.

Verbal Inspiration: Each word is inspired. Not only does the message come from God, but also each word is given by God.

The Bible is complete. There is nothing that needs to be added to the Word of God to make it God’s complete message to man.

All teaching and preaching of spiritual truths must be taken from the Bible. Any thought that cannot be found stated in the Bible must be rejected as not being divinely inspired. If it cannot be found in God’s Word, then it is only of human origin. If anyone claims he is speaking the Word of God, and what he says does not harmonize with the Bible, he is a false prophet and is in danger of judgment, for he is adding to God’s Word.

The Bible, if correctly interpreted, never contradicts itself. The so-called mistakes and contradictions only reveal man’s lack of understanding of the Bible. When God’s Word is properly understood, all such apparent errors disappear. This is another proof of the infallibility of the Bible.

In this lesson we are giving four examples of supposed contradictions, with the explanation for each. What is true of these four examples is also true of all other supposed mistakes.

We should study the Bible carefully to understand its exact meaning. If there is any apparent mistake or contradiction it is evident that we do not understand clearly. We should recognize at all times that the Bible is absolutely accurate and infallible. We should never change, in the slightest manner, the Word of God but rather seek the Holy Ghost to illuminate our minds with a clear knowledge of the Scriptures.

There are certain definite means and methods which God has ordained to bring an understanding of His Word to man. Some of these methods are:

Some people have claimed that they needed no one to teach them because the Holy Ghost was their teacher. It is true that the Holy Spirit is the best teacher, but the attitude that no man can teach them is a very dangerous one which may lead to spiritual pride and many errors. The teaching ministry is very important in the church. Jesus has placed teachers in the body (1 Corinthians 12:28; Ephesians 4:11). Jesus instructed His disciples to go and teach all nations (Matthew 28:19).

God has definitely ordained that the truth of His Word should be imparted to others through the ministry of teaching. If a person is not willing to be taught by a Holy Ghost filled teacher, it is doubtful whether the Holy Spirit can teach him Also a person who is unwilling to be taught disqualifies himself as being a teacher or minister to others.

It is true that the best teacher is the Holy Ghost (John 16:13). Divine Truth is learned by Divine Revelation. It takes the Author of the Bible Himself to make really clear and plain the profound and eternal truths of the Bible. For this reason teachers of God’s Word should be Spirit filled, and should continually look to the Holy Spirit to anoint their ministry. Also students of God’s Word should continually look to the Holy Spirit to open their minds and hearts to comprehend Divine Truth through Divine Illumination. There are three things that the student of the Bible should maintain:

There are a few simple principles in the understanding of the Bible which should always be remembered:

We should recognize all the methods God has ordained to impart knowledge of His Word to our hearts, apply ourselves to the study of the Bible, be faithful in our attendance to all Bible classes taught by our pastors in the church, and maintain a heart that hungers after Truth.

This article “The Infallible Word” was excerpted from: Truth Shall Triumph written by Ralph Vincent Reynolds. Copyright 1965. It may be used for study & research purposes only.