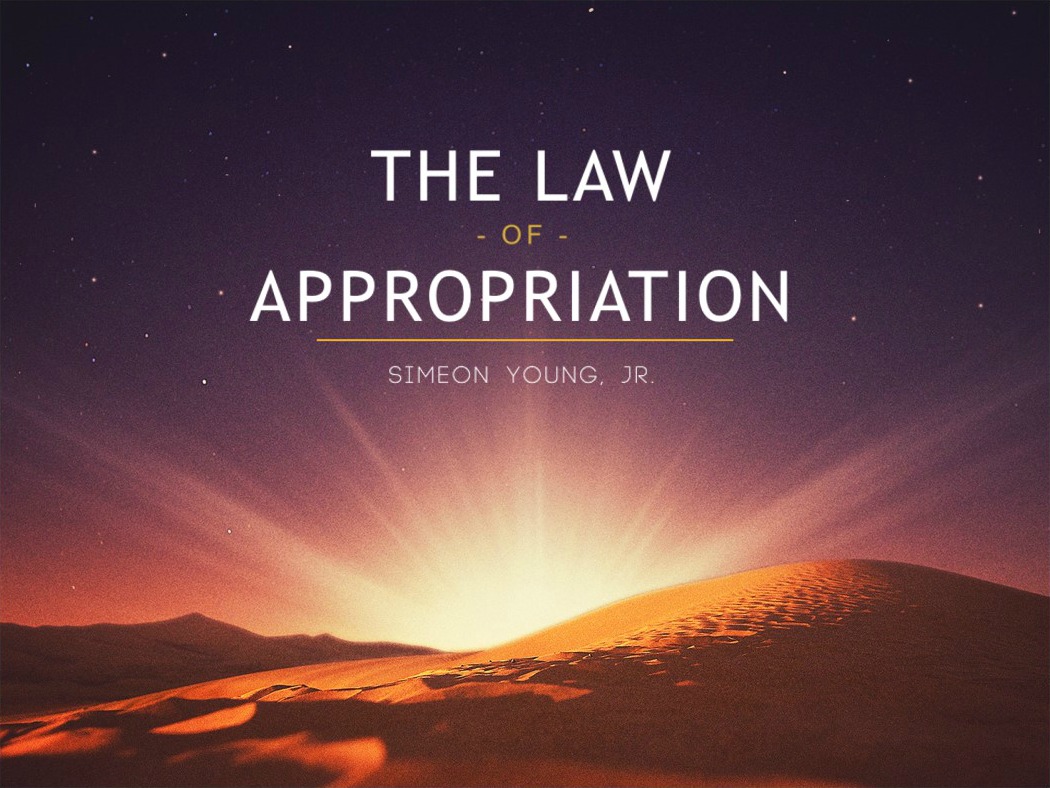 “Now after the death of Moses the servant of the Lord it came to pass, that the Lord spake unto Joshua the son of Nun, Moses’s minister say­ing, Moses my servant is dead; now therefore arise, go over this Jordan, thou, and all this people, unto the land which I do give to them, even to the children of Israel. Every place that the sole of your foot shall tread upon, that have I given unto you …” Joshua 1:1-5

The book of Joshua covers a period of 50 years in the his­tory of God’s people, although the hero of this book, Joshua was born into slavery in Egypt. He had witnessed the beatings and the cruelty. He had experienced the oppressive bondage of being forced to live in a land which was not his own. Joshua had been there on the night of their exodus and had accompanied them during the trials and tests in the wilderness when Moses was their leader. Joshua was an excellent follower, but when Moses passed on, it was time for him to lead. Time for the people of God to cross over Jordan into a land that had been promised to them back in Abraham’s day. Hundreds of years before Joshua, God told Abraham; “Unto thy seed have I given this land” (Genesis 15:18).

A TRUE CASE OF RIGHTFUL OWNERSHIP

The land of Canaan was actually given to the Israelites hundreds of years prior to Joshua’s birth, but here we see them finally possessing their promise. This is a simple yet profound truth of God’s Word—God’s law of appro­priation. That is, God wants His people to get what they have been given and to possess what they have been promised. To claim rightful ownership.

The book of Joshua is crowded with military maneu­vers and battles with the enemy, so it could be said—that the rod symbolized the leadership of Moses, but the spear symbolized the leadership of Joshua. Now we must keep in mind that God’s people were commanded to do battle only because God is against sin. He never encouraged the children of Israel to engage in battle sole­ly for the extension of territory, but in order to bring an end to certain paganistic conditions in the land. The land of Canaan was not a mere geographical piece of proper­ty that God wanted them to have; rather, certain corrup­tions in the land had to be destroyed for the safeguard­ing of succeeding generations and for the promotion of

God’s purposes. It was a land in which His people had a testimony to bear.

The book of Joshua is a continuation of the book Deuteronomy. Deuteronomy records the law of God given to Moses, and as they entered into the land of Canaan, they were to meditate on the law of God day and night. “Then thou shalt make thy way prosperous, and then thou shalt have good success” (Joshua 1:8). The Word of God provided for them the system of faith that they would need to be prosperous and successful in that land.

The key word of the book of Joshua is possession which is also applicable today concerning the Christian walk. God wants us to possess our possessions. He wants us to “have” what we have been “given.” This is the law of appropriation. Claim it by faith.

“He that believeth on me, as the scripture path said, out of his belly shall flow rivers of living water … but the Holy Ghost was not yet given” (John 7:39). When Jesus spoke these words, the Holy Ghost had not yet been given. But after His death, burial and resurrection, we discover in Acts 2, the Holy Ghost was given and the promise was to all men.

The Holy Ghost has now been given to everyone, but just because it has been given, doesn’t mean everyone has received it. This is where the law of appropriation comes in. The word appropriation means: To take exclu­sive possession of. To claim what is rightfully yours.

God gave His Word, His name, His Spirit and His promises 2000 years ago through the Cross; now all we have to do is activate the law of appropriation. What is the law of appropriation? It’s faith! “He that believeth as the scripture hath said …” It is a law that cannot be changed. If you have faith according to the Word of God, you will receive from God. “Ask and you shall receive” (John 16:24).

The children of Israel didn’t go into the Promised Land the first time because of doubt, fear and unbelief. They didn’t take God at His Word and, therefore, they didn’t receive what He had already given them.

The law of appropriation is simply this: If you believe it “as the scripture hath said” you will receive it. “Every place that the sole of your foot shall tread upon, that have I given you.” God was telling them to put their best foot forward. Walk! Every place your foot touches is yours. The words “every place” was the survey map of the extent of their possessions. So God was saying every place you walk will be yours. Don’t be content to live on the border of spiritual victory. Possess the land. Put your best foot forward. There are new mountains to climb, new valleys to cross, undiscovered possibilities, unoccu­pied possessions and unclaimed victories in God.

REWARDS FOR HAVING A SPIRITUAL MIND

“To be spiritually minded is life and peace” (Romans 8:6). If you are frustrated and confused, it’s not God’s fault. Your mind has robbed you of blessings. God has already promised you life and peace if you have a spir­itual mind. Have a God idea. “Now the God of hope fill you with all joy and peace in believing that ye may abound in hope through the power of the Holy Ghost” (Romans 15:13).

Do you believe that “all joy” and “all peace” is for you? God has placed an ocean of His grace at our dis­posal. All we need to do is activate the law of appropri­ation and believe God for the impossible. God is an “all joy” and “all peace” God. He promised “all power” for the church to evangelize “all the world” and to “every creature.” He is an “every place” and an “all things” God. “All things are possible to them that believe” (Mark 9:23). “I can do all things through Christ which strengtheneth me” (Philippians 4:13). “Having nothing, yet pos­sessing all things” (II Corinthians 6:10).

God wants His people to possess what has been promised and to receive what is believed, because there is no limit to the extent of spiritual blessings. What we fail to possess is our own fault. God has not set any limits—rather, we have limited Him with a carnal mind-set.

The children of Israel soon became weary and they com­promised themselves by making unholy alliances with flagrant paganism. God’s people had only to put their best foot forward and to claim the land that had already been given to them. Wherever they walked automatical­ly became new territory for the taking. But they stopped short. “How long are ye slack to go possess the land, which the Lord God of your fathers hath given you?” (Joshua 18:3).

These words were addressed to certain tribes which were slack in taking over their possessions. The word slack means: To wax feeble, to forsake, to leave, to weak­en, to cease. Weariness crept in and enthusiasm waned.

Inertia is one of the most deadly diseases of the church. It results in having to call in professional cheer­leaders and praise teams to do what church members should have been doing for years.

Do you desire a greater life of holiness and charac­ter? Do you want to be more useful to God? Do you want your Christian experience to become more real? Activate the law of appropriation. Believe that God wants to work in your life with healings, miracles, bless­ings, strength, power, hope, and joy. God has already given these things, just as He had already given the land of promise to the Israelites. All we have to do is what they should have done: appropriate by faith what God has already given. When did God give His people the Promised Land? Back in the days of Abraham. When did God give us our promises? Before the foundation of the world. “According as he hath chosen us in Him before the foundation of the world” (Ephesians 1:4).

“God saw our faces before creation. He then pro­ceeded to choose each of us to be heirs and joint heirs with His son, robed in flesh … The Christian’s timeless relationship with Jesus comforts the new believer. In this timeless sense, Isaiah wrote, ‘with His stripes we are healed’ (Isaiah 53:5). The stripes occurred approximate­ly 745 years in the future from the point in time that Isaiah wrote. Isaiah, however, still writes in the present tense, proving that Jesus covers all time barriers that have been ‘laid from the foundation of the world’ (Revelation 13:8). While Isaiah transmitted Christ’s heal­ing provision from the future to his present, Peter talks of present healing that may occur because of the past: ‘By whose stripes we are healed’ (I Peter 2:24). This termi­nology, or tense, is correctly understood in the passage because of the eternality of Jesus. Jesus can do this because He is present in all of time’s history, whether it is actualized or not” (J.T. Pugh, The Flesh of God).

THE WALK OF FAITH

Jesus’ death on the Cross has made it possible for every­one in any generation to be saved, healed and delivered. God has already given salvation, healing, holiness, bless­ings, miracles and Holy Ghost power. We need only to appropriate His gifts. Step out in faith. Walk in the Spirit. Take new territory. Claim the victory. Move off of dead center. Go somewhere with your faith. You may be just a few steps away from victory.

The above article, “The Law of Appropriation” was written by Simeon Young, Jr. The article was excerpted from chapter seven in Young’s book God Ideas, Knowing the Mind of God.

1 thought on “The Law of Appropriation (Entire Article)”