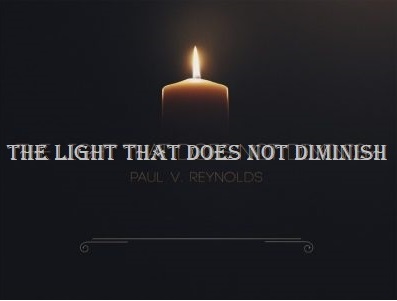 “But the path of the just is as a shining light, that shineth more and more unto the perfect day.” Proverbs 4:18

There is a diminishing factor to every light that is earth bound.

Amazingly: the only light in this world that does not diminish is the “CHURCH OF THE LORD JESUS CHRIST.”

At the conclusion of the bitter mid-east slaughter, hun­dreds of oil wells were set ablaze over the Kuwaiti sand dunes. At night these blazing infernos shed their light over much of the ravished country.

It was a sight!

Can you visualize it?

The tricky business of capping the wells were turned over to world famous, oil well professional  fire fighters. They plugged the oil well casings at a rate of one hundreds per day. Still — it took them two years to complete the task.

NOW LISTEN TO THIS:

If the fires were left ablaze, their lights would still go out — IN TIME!

They would shine only so long as the oil energy in the ground held out.

SOONER OR LATER they would diminish and die. It’s called: “The law of diminishing returns.”

And here is something else to think about:

Astronomers tell us that even our sun has used up over half of its hydrogen energy — IT IS A DIMINISHING LIGHT!

THE NATIONS LIGHTS ARE DIMINISHING!

“And nation was destroyed of nation, and city of city: for God did vex them with all adversity.”

“Then said he unto them, nation shall rise against nation and kingdom against king­dom.”

HERE ARE THE FACTS:

RUSSIA — Shone her light over one third of this world, for a generation … she now is weak; scattered; decayed and in chaos … her light is going out.

IRAQ — threatened the middle-east with it’s powerful army and potential for producing the atomic bomb —and germ warfare. She has been brought to her knees.

INDIA — since the assassination of Mr. Gandi, has not been able to get herself together.

Her light has diminished greatly!

COLUMBIA — The drug lords have all hut snuffed out their light.

IRELAND — Religious bigotry and hatred has her light all but dead.

And let me weep and tell you about “O Canada — our home and native land!”

Canada has for a generation been the envy of the world. The United Nations gave her the No. 1 position for 1996 — 1997 as the most livable place on earth!” — but her light is dying!

Here’s the scoop: Two years ago, a referendum was held in Quebec to separate from Canada. The “YES” votes got 49.5%. The country faces another similar referen­dum within two years. The odds right now, are that the country will not survive!

Her light is struggling!

The above nations are indicative of every nation on earth.

MARGARET THATCHER — The iron lady one moment … her power base is destroyed the next moment she is gone — her light went out!

THE KENNEDYS — The idols of the liberal world

The light of this most powerful family in the United States has been dying for a long time. BILL CLINTON’S light has been threatened by the Paula Jones sexual-harassment suit, and a dozen other issues. President or not.

And what shall I say more —

And so it goes! Every light on earth will blaze — flicker — and die. YUCK !

Please  take it from me, — keep on looking!

Be encouraged! There is some late night good news!

THERE IS A LIGHT THAT DOES NOT DIMIN­ISH! IT’S CALLED THE CHURCH OF JESUS CHRIST”

Join Mahalia Jackson as she shakes the walls of the sanctuary with song.

It’s something tossing about!
Oh Hallelujah!!!

Since the glorious advent of Jesus Christ — light sprang forth.

And then he lit his light in the bosom of the church! It will never go out. It glows brighter and brighter with each passing day.

Go ahead. Read the scriptures you’ll be glad you did. Share your Bible with someone sitting in your pew. Let’s read them together.

Throughout the ages “Man and his World” have tried to:

“Well,” … you guessed it! Her flame keeps getting brighter.

The path of the just is as a shining light that groweth brighter and brighter unto the perfect day. Proverbs 4:18

So — let’s talk about the church and her growth in my generation.

BETTER YET let me start with a personal illustration:

It I were to write my memoirs, several chapters would have to he given to the growth of the United Pentecostal Church of Jamaica. I watched it’s phenom­enal growth both as a “missionary kid” and then, as a Missionary under appointment.

At the risk of sounding proud (which I am when it comes to the church!) let me tell you about my “isle in the sun.”

My Father, after an auction sale, took our family there in 1947. Our missionary society was extremely small.

The “Jamaican Pentecostals” had a light that was bare­ly lit. As a boy, I took a lot of flak for being a part of the “clap hand” people. I was pressured and scoffed at in school. I was the missionary “kid” whose church sanctuary was on the bottom floor of a big, old house in Kingston’s skid row. Three rum bars and a red light establishment shared the city block.

But that was then — and this is now!

Those Babylonian surroundings did not stop the church. The United Pentecostal Church of Jamaica’s flickering flame has become a raging “prairie fire” that spread to every corner of the island. The little group of people on Wildman Street which my father led, now worships in one of the largest and most beautiful church buildings in all of the Caribbean. So beautiful that the Jamaican Postal Authorities put it’s picture on a postage stamp!

The same church that was scoffed and sneered at a few years ago now is publicized by every one who sends a letter.

“But the path of the just is as the shining light, that shineth more and more unto the perfect day.” Proverbs 4:18

Our missionary society during my father’s first term on the field, was only active in China … Columbia … South Africa … India … Ceylon and maybe one or two more countries besides Jamaica.

The church is the only light on earth that does not diminish!

So — What kind of church is this?

“The path of the just is as a shining light that shineth more and more unto the per­fect day.”

The text mentioned “THE PERFECT DAY.”

I can hear the sound of his coming. The only safe hid­ing place is in the bosom of the church — and only Jesus can put you in it. Jesus wants to heal that broken heart and dry those falling tears right now.

You can’t join the church hut you can he horn into it. The climate around this altar is going to make that happen!

THANK YOU JESUS! THEY ARE COMING!

The above article, “The Light That Does Not Diminish” was written by Paul V. Reynolds. The article was excerpted from chapter four in Reynolds’ book, In The Sanctuary- Unto the Elect Lady.

1 thought on “The Light That Does Not Diminish (Entire Article)”