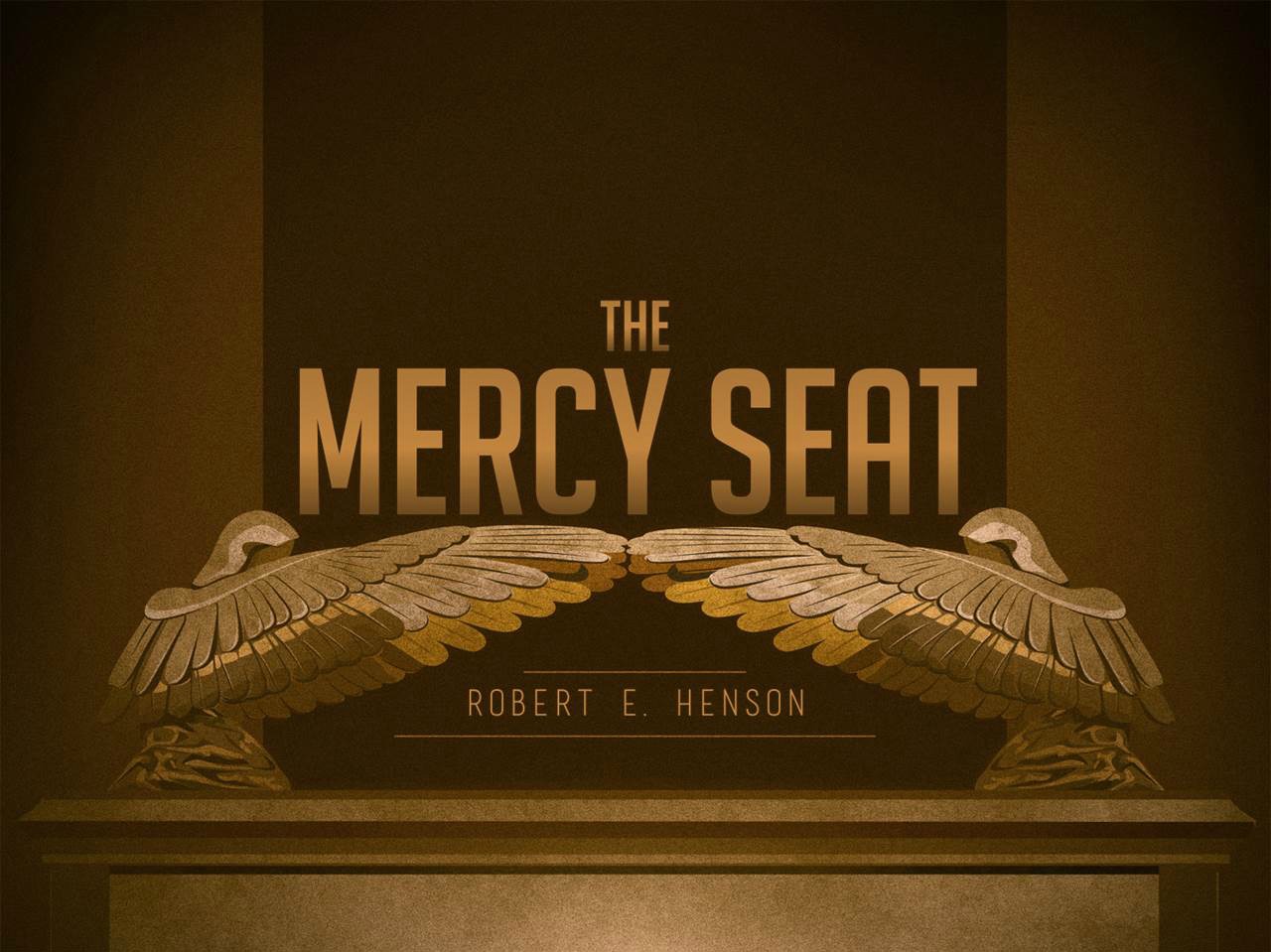 And thou shalt overlay it with pure gold, within and with­out shalt thou overlay it, and shalt make upon it a crown of gold round about.”

“And thou shalt put into the ark the testimony which I shall give thee.

And thou shalt make a mercy seat of pure gold: two cubits and a half shall be the length thereof, and a cubit and a half the breadth thereof.

And thou shalt make two cherubims of gold, of beaten work shalt thou make them, in the two ends of the mercy seat.

And there I will meet with thee, and I will commune with thee from above the mercy seat, from between the two cherubims which are upon the ark of the testimony, of all things which I will give thee in commandment unto the children of Israel.”

The most fascinating piece of furniture in the Old Testament house of worship, which was called the Tabernacle, was the Ark of the Covenant. It was a unit of considerable complexity. The basic box itself was not imposing in size. It measured 45-60 inches in length, 27-36 inches in width, and its height was also 27-36 inches. However, due to the extensive use of gold, the Ark of the Covenant was apparently quite heavy.

The basic storage area was made of acacia or shittim wood and was overlaid within and without with pure gold. In addition to the basic box, there was an ornate crown molding, also made of gold.

There were also two cherubims attached to the lid of the Ark and hovering over it. Each of these cherubims was a solid piece of beaten gold.

The lid of the Ark was called the Mercy Seat. It was also made of pure gold. All of this gold, along with the contents of the Ark, accounted for its weight. Some have estimated that the Ark of the Covenant weighed upwards of 1,000 pounds—half a ton.

The point we should notice and acknowledge is that being respon­sible for the transporting of the presence of God was no casual job. The priests assigned to this duty carried a treasure of considerable weight. This ministry was not a light matter. It should also be stated that no ministry should ever be undertaken with a flippant or casual attitude.

An interesting detail, floated down through Jewish oral tradi­tion, is that, though the Ark was quite heavy, the priests who trans­ported it actually felt no weight at all. If that is true, the mercy of God manifested at the Mercy Seat actually made their burden weightless. Is that not indeed what God’s mercy does in our lives?

All of this detail leads us to focus on the most significant part of the Ark of the Covenant. That was, without question, the Mercy Seat. Let’s examine it more closely.

Its Name and Purpose

First of all, I am fascinated by its given name. The Lord gave this part of the Ark its name. It was named after one of God’s most signifi­cant attributes or character traits—mercy. It was called the Mercy Seat.

Stop and think with me—Why did God choose this name over some of the other of His outstanding attributes? Not only is God Merciful, He is also: Wisdom, Omniscient, Omnipotent, Truth, Creator, Giver of Joy, Love, Source of Peace, and Holy.

Why was this seat not named…

The reason the Mercy Seat was so named is that this seat was the precise place where humanity would meet with and commune with the Almighty God.

Think of it! Man, sin-stained and imperfect, permitted to meet with a flawless and thoroughly Holy God!

Consider it! Man, a mere mortal, allowed and enabled to com­mune with The Eternal One!

Intrinsically and ultimately, only God’s Mercy could ever bring about such a meeting and provide such communication and fellow­ship. Were this seat called…

Without God’s abundant and everlasting mercy, not one of us would have a ghost of a chance of being saved. Mercy is the address where a relationship with God begins.

The View from Above

The Ark of the Covenant was a container and vault for some very precious cargo. However, it was not just a portable museum. It was a laboratory—preserving evidence that would have been accept­able in a court of law.

The evidence contained in the Ark of the Covenant would serve as a witness against Israel should they depart from the one true God. Tablets of stone recorded God’s Word; Aaron’s budding rod proved God’s miracles; and, the golden pot of manna provided proof of God’s provisions. Each of these things was evidence of what the eternal God had done for Israel.

The Mercy Seat was made of pure gold. Some theologians believe the gold was so pure that it was transparent. In other words, as God looked down upon the Mercy Seat, He could see right through it. God certainly had that ability whether or not the gold was trans­parent. He could look right through the Mercy Seat and into the inte­rior of the Ark of the Covenant and behold the evidence against a sinful people. This brings us to the Day of Atonement and the appli­cation of the blood. It is key for us to understand that blood is the one thing God has refused to see through!

“For all have sinned, and come short of the glory of God;

Being justified freely by his grace through the redemption that is in Christ Jesus:

Whom God hath set forth to be a propitiation through faith in his blood, to declare his righteousness for the remission of sins that are past, through the forbearance of God.”

Verse 25 speaks of Christ becoming our propitiation. The Greek word for propitiation is hilasterion. It can also properly be translated mercy seat. In the New Testament, now, and for all time, Jesus Christ is our Mercy Seat. It is in Him that we find and receive full pardon.

The means of our coming to this mercy is through the gospel of The Lord Jesus Christ! That gospel is clearly given to us in Acts 2:38 and numerous other New Testament scriptures.

And think of this awesome truth—The blood of Jesus doesn’t just cover the evidence of our wrongdoing and sins; it removes the evidence!

Oh, what a Savior!! Marvelous mercy!

The above article, “The Mercy Seat” was written by Robert E. Henson. The article was excerpted from Henson’s book Marvelous Mercy.