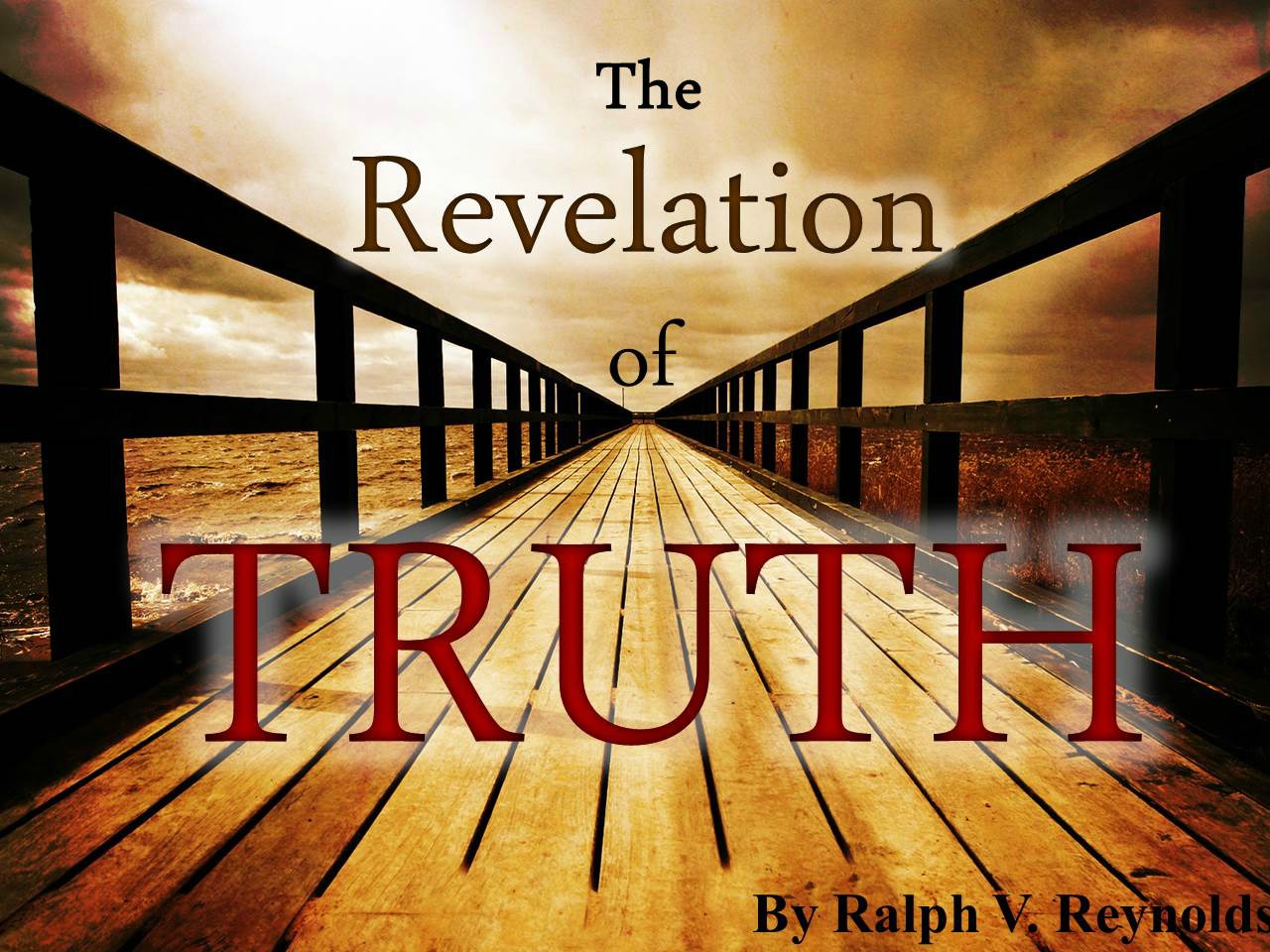 “…Because they received not the love of the truth, that they might be saved” (II Thessalonians 2:10).

Pontius Pilate, as he judged our Saviour, asked one of the most important questions of all times: “… What is truth?” (John 18:38). Unknown to Pilate, Jesus Himself had given the correct answer to this question as He prayed in Gethsemane. “… Thy word is truth” (John 17:17).

Jesus was the greatest authority regarding the identity and correct definition of truth. For He Himself was the personification of truth. “Jesus said unto him, I am the way, the truth, and the life …” (John 14:6).

Not only is Jesus truth, but He brought truth to the world. “For the law was given by Moses, but grace and truth came by Jesus Christ” (John 1:17).

The Word of God does not just contain truth. God’s Word is truth. We do not dig into the Scriptures to find some detail of truth, hidden in some little known verse. We take the Bible, just as it is, accept every statement, every verse, and by so doing, we see pure, unadulterated truth.

The love of the truth is essential to one’s spiritual walk and living for the Lord. The Bible becomes the final authority upon all matters of conduct and doctrine. We read in Paul’s second epistle to the Thessalonian church that God sends judgment upon those who do not have a love for the truth. If we do not keep a love of the truth in our hearts, then the alternative is deception and delusion.

Truth is pure and absolute. If a proposition contains even the smallest amount of error, it is no longer truth. If the compass and controls of an airplane are out only a degree or two, the pilot will soon find himself hundreds of miles off course. A small mistake in laying the foundation of a building will show up as a big mistake in the roof of that construction. Truth is pure and absolute.

If it contains the slightest error, it is no longer truth. Actually, there is no such thing as partial truth. Partial obedience is disobedience. Partial truth is a lie. Two wrongs never make a right. Two lies never make a truth.

Truth is truth whether or not it is believed. No matter how sincerely one believes an error, it does not make it a truth. Sincere people have been known to die for an error which they thought was truth. However, their suffering and death did not change anything relating to truth.

I remember reading the story of a man who was lost in the woods. Realizing his dilemma, he began to look for some direction. Finally, he came upon the tracks of a man and was greatly relieved. He thought by following these tracks, it would lead him out of the woods. He followed them for awhile until there was another set that joined the first. Later on, a third set had also joined the first ones. The man had great hope that these were leading him out of the forest. After walking for some time, the tracks became a well beaten path. Suddenly, he noted an Indian standing by the path. “White man lost,” said the Indian.

“No, I am not lost. I am following these footsteps which are going to lead me out of the woods.”

It would seem that this is a fitting illustration of thousands of people who go to the Bible only to go around in circles, following their own thoughts and ideas but getting nowhere.

As we search the Scriptures, we must have a determination to know truth for the sake of truth itself. We must dismiss from our minds all of our traditions and preconceived notions of what truth is and search until we find what the Bible actually teaches.

Truth needs neither props nor supports. Truth stands firm upon its own foundation and will endure when the world is on fire. Truth will stand the searchlight of careful scrutiny. Truth will never box a person into a corner nor allow a situation to develop where truth does not have the answer. Truth will never allow a person to be ashamed or embarrassed. Truth does not need radical, extreme statements which cannot be backed by Scriptures. Truth simply needs to be proclaimed, simply but clearly.

The preacher who has the truth of God’s Word will feel at ease and comfortable with all kinds of people. He will be able to talk to ungodly sinners, to unbelievers who attack the Bible, to the drunkard on skid row, to the prisoner in confinement, and at the same time, with a learned theologian who can quote Hebrew and Greek. Such a preacher will never be afraid of the arguments which the cults may bring forth. He will not hesitate to talk to the members and ministers of the historical churches. The knowledge of truth will give him confidence and faith in approaching all people everywhere. He will be able to bring forth the truth and teach God’s Word just as it is to all men just as they are.

It might be fitting to repeat a lesson taken from the Bible course notes I wrote twenty years, and they are still the same today.

“Principles to be remembered in understanding truth:

Over forty five years ago, I searched the Scriptures and dug into the Word, agonizing before God, to have the Word of God give the answers for the questions which disturbed me. I had to have the answers, and they had to be true. I realized that I was not the judge of God’s Word, but rather, God’s Word was my judge. I clearly understood that I did not interpret Scriptures by the experience which God had given to me, but rather, the truth of Scriptures would interpret the experience that I had with God. I realized that I could not interpret the experience of an old time Methodist by anything else than by the Word of God itself. Truth alone would give peace of mind and heart as well as the answers which I sought.

These answers did not come easily or quickly. It took several years for God to unfold in my mind and heart a beautiful picture of His plan in saving mankind. The answers that I received came to me by revelation. I did not receive them out of a textbook or by attending a seminary. The Holy Spirit Himself revealed to me the beautiful plan of God’s salvation. I praise Him from the depths of my heart because that which He revealed to me some forty five years ago has never had to be questioned or changed in all of my ministry whether it was preaching, teaching or writing. Because I sought God earnestly back there for truth, God planted a deep love for it down in my heart which has remained with me throughout all of these years.

This article “Revelation of the Truth” is excerpted from “Cry of the Unborn” by Ralph V. Reynolds and may be used for study and research purposes only.

1 thought on “The Revelation Of Truth (Entire Article)”