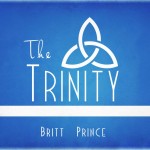 The Trinity is the belief that there are three persons in one God. The names that are given to these three persons are God the Father, the Son, and God the Holy Ghost.

The problem with the Trinity is a matter of semantics, the terms used to explain it, are non-Biblical.

First, we must note that the term Trinity is not found in the Bible.

Second, the terminology “God the Son” is not found in the Bible. Jesus is referred to as the Son of God or the Son of man (dual nature), but never God the Son (a person in the Godhead).

Third, the term “person” is not a Biblical term in relation to Deity. Jesus is the only person in the Godhead.

Webster defines “person” as an individual human being.

God is a Spirit. No man hath seen Him at any time, neither can see Him. Why? Because the Father does not have a body. Therefore, the Father cannot be referred to as a person.

Finis Dake, a prominent Bible annotator and Trinitarian stated, “What we mean by Divine Trinity is that there are three separate and distinct persons in the Godhead, each one having His own personal spirit body, personal soul, and personal spirit in the same sense that each human being, angel or any other being has his own body, soul, and spirit.” 1

First, there is no scripture to support such a thing as a spirit body.

Second, the phrase personal spirit, would mean there are three spirits in the Godhead.
Ephesians 4:4 sums up both, “there is one Spirit and one body”. There are neither three Spirits nor three bodies.

Colossians 2:9
For in Him (Jesus) dwells all the fullness of the Godhead bodily;

Third, personal soul would indicate that there are three minds or three distinct centers of consciousness in God. This leads to the concept of a committee in God. We will deal with this later in our discussion of the Logos.

Now, we can at least understand that there are not three Spirits or bodies in the Godhead. Therefore, there cannot be three persons, because it takes a body and a spirit to constitute a person.
Person or Persons
Jesus Christ is the only “person” in the Godhead because He is the only one with a body.
Hebrews 1:3
Who being the brightness of his glory, and the express image of his
person…

Notice the word person is singular, not plural; not three persons but one person.
It is not saying that the Father is a separate person with a separate body, but that Jesus Christ is the only person with the only body in the Godhead. He is the image of the invisible God (Co1.1:15)

The Greek word for “person” in Heb.1:3 is hypostasis (singular) it means substance or essence.

These two words are synonymous.

The Cappadocian Trinity
There were three prominent theologians from Cappadocia that aided Athenasius and furthered the Athenasian trinity. They changed the word hypostasis (singular) in Heb. 1:3 to hypostases (plural) and they also replaced the word Hypostasis for ousia.

Thus the phrase, “three hypostases (persons) in one ousia (substance).

This is the orthodox definition of trinitarianism today, and it is equivalent to Tertullian’s Latin formulation of “three personae in one substantia”.

By changing the word hypostasis, which means substance, to three hypostases, they are actually teaching three substances or deities in one substance. That is utter confusion!

The word “manifest” is a better word than “person” in relation to God. Three manifestations would be more logical than three persons.

1 John 5:7 For there are three that bear record in heaven, the Father, the Word, and the Holy Ghost: and these three are one.

The only other verse that speaks of God as a person is found in Job. Job asked a very pointed question:

Jimmy Swaggart, a Trinitarian, stated, “You can think of God the Father, God the Son, and God the Holy Ghost as three different persons exactly as you would think of any three other people, their oneness pertaining strictly to their being one in purpose, design, and desire.” 2
First, notice the unbiblical terminology, “God the Son”. Second, notice that he relates God to a person. This would indicate that God has three bodies, three spirits and three minds. Third, he suggests that there are three separate minds that have one purpose, design and desire.
A committee that always agrees? This is a mystery.

The Logos:
God does not reason with three different centers of consciousness in the Godhead, over His plans and purpose.

John 1:1
In the beginning was the Word, and the Word was with God, and the
Word was God.

John 1:14
And the Word was made flesh, and dwelt among us, (and we beheld
his glory, the glory as of the only begotten of the Father.)
Trinitarians suggest that the Son was with the Father as a separate person, from eternity (the eternal Son-ship).

Notice in the text, It did not say the son was eternal, but begotten.

Begotten means that Jesus did not have a body or spirit body before he was born.

Eternal means that he did have a body or spirit body before he was born.

The Greek term for Word is Logos. It literally means thought or plan.

That means that Jesus Christ was not with the Father in a bodily form Dr as a spirit body but as a thought or plan in the mind of God.

Let’s insert the word Plan instead of the word Word in the text and see how it reads:

John 1:14
and the plan was made flesh, and dwelt among us, (and we beheld
his glory, the glory as of the only begotten of the Father)…

It’s hard to believe that three persons in the Godhead agreed to send me of those persons to die on the cross.

It’s even harder to believe that the Father so loved the world that He ;ent His Son. Why did He not come Himself if He loved us so much? The truth is, He did.

I Timothy 3:16
“God was manifest in the flesh”
Conclusion: There are not three persons with three separate minds reasoning together in the Godhead. If there is one Spirit (God) and one body (Jesus) where would three minds reside?

Conversations in the Godhead
The creation
Genesis 1:26
And God said, Let us make man in our image, after our likeness: Does this mean there are three persons in the Godhead with three minds and three wills that reason together…

Or is there one God with one mind that reasons with Himself?

Ephesians 1:11
In whom also we have obtained an inheritance, being predestinated according to the purpose of him who worketh all things after the counsel of his_____________________will:

By analogy, this is similar to a man saying, “Let us see” while planning by himself. The plan was in the mind of God in the beginning and was made manifest.

Jesus was the lamb slain before the foundation of the world. (Rev 13:8)

Romans 4:17
…even God, who quickeneth the dead, and calleth those things which be not as though they were.

The Hebrew word for God is elohim which is plural, but when used with the plural pronouns “us” and “our” in Gen.1:26 it means a plural of excellence or majesty not a plural of persons or minds.

Flanders and Cresson explains “the Hebrews Pluralized nouns to express greatness or majesty and not to indicate plurality.’
It is also known as a literary plural, in formal speaking and writing the speaker or writer often refers to himself in the plural, especially if the speaker is of Royalty.

In reconciling Gen. 1:26 with verse 27 it is simple to see that the plural pronoun agrees with the plural noun Elohim.

Tower of Babel
Genesis 11:7
Go to, “let us” go down, and there confound their language, that they may not understand one another’s speech.

The tower of Babel is given the same treatment. God counsels with His own will (Ephesians 1:11).

The Jews have traditionally interpreted these verses (Genesis 1:26, 11 7) to mean that God talked with angels.

Although, the Jews did not have the New Testament to give a clear understanding that God does not counsel with angels, but rather He counsels with His own will.

The Baptism of Christ
Luke 3:21-22
21 Now when all the people were baptized, it came to pass, that
Jesus also being baptized, and praying, the heaven was opened,
22 And the Holy Ghost descended in a bodily shape like a dove upon him, and a voice came from heaven, which said, Thou art my beloved Son; in thee I am well pleased.

The voice from heaven is the Father (Spirit). Jesus is the body. The Holy Ghost was revealed in a bodily shape like a dove. This is not referring to three persons in the Godhead, but three manifestations of one God.

Likewise, the prayer in the garden and on the cross are not between persons, but between the two natures of Christ.

Note: The Holy Ghost is never a part of the conversation, indicating the dual nature of Christ, not three persons.

Greetings in Corinthians:
2 Corinthians 1:2
Grace be to you and peace from God our Father, and from the Lord
Jesus Christ.

The word “and” is the Greek word Kai. It can also be translated as “even”, or “which is the same as”

Let’s insert the word “even” into the text.
2 Cor 1:2 Grace be to you and peace from God our Father, even from the Lord Jesus Christ.

Now let’s insert the words “which is the same as”

2 Cor 1:2 Grace be to you and peace from God our Father, which is the same as from the Lord Jesus Christ.

Conclusion: Jesus Christ is the only person in the Godhead because he had a Spirit, mind, and body. Furthermore, there is only one body and one Spirit in the Godhead. Therefore, there cannot be three minds reasoning together.
The above article “The Trinity” is written by Britt Prince. This article was excerpted from the 3rd lesson in Prince’s book The Godhead Revealed.

1 thought on “The Trinity”